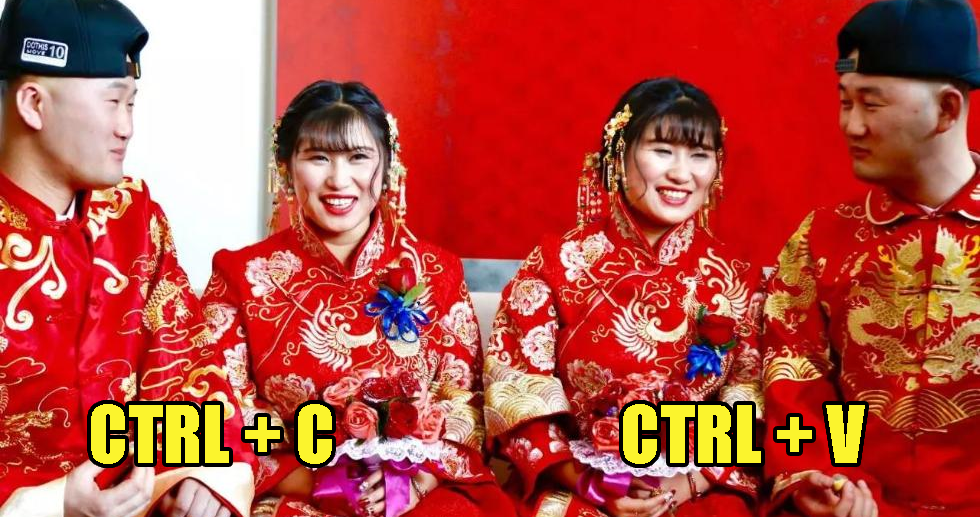 Sometimes, it seems like it would be great fun to have an identical twin, as movies and books have shown us but these two couples in China Daqing, Heilongjiang are taking it to a whole new level because they comprise two identical twin sisters who married two identical twin brothers. No, this is not a movie plot! 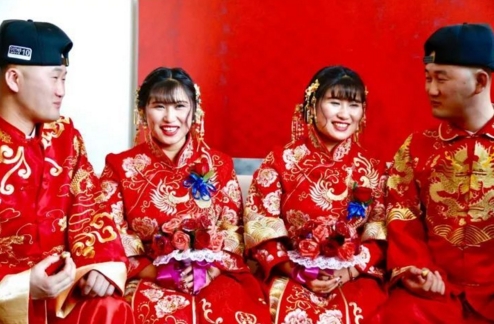 Nextshark recently reported that a double wedding just took place on December 3 when 26-year-old Zheng Dashuang and Zheng Xiaoshuang married 23-year old Liang Jing and Liang Qing respectively in a grand ceremony, ensuring a lifetime of confusion for their family and friends.

Their love story began almost a decade ago as their families became friends over the years and it looks like their friendship blossomed into love. Apparently, their mothers had already decided to matchmake them when they first met and soon, they began planning the double wedding for their children. Guess it’s more convenient too, as you can invite the same friends and family all at once! 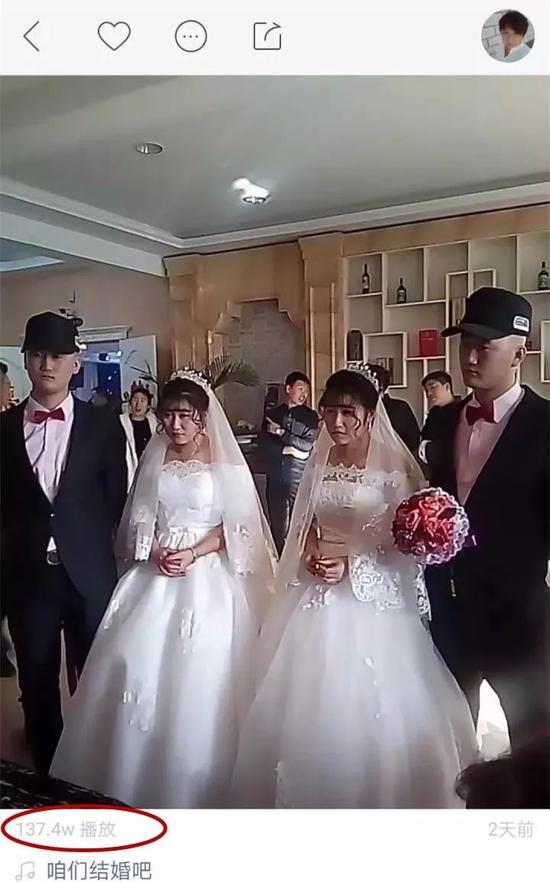 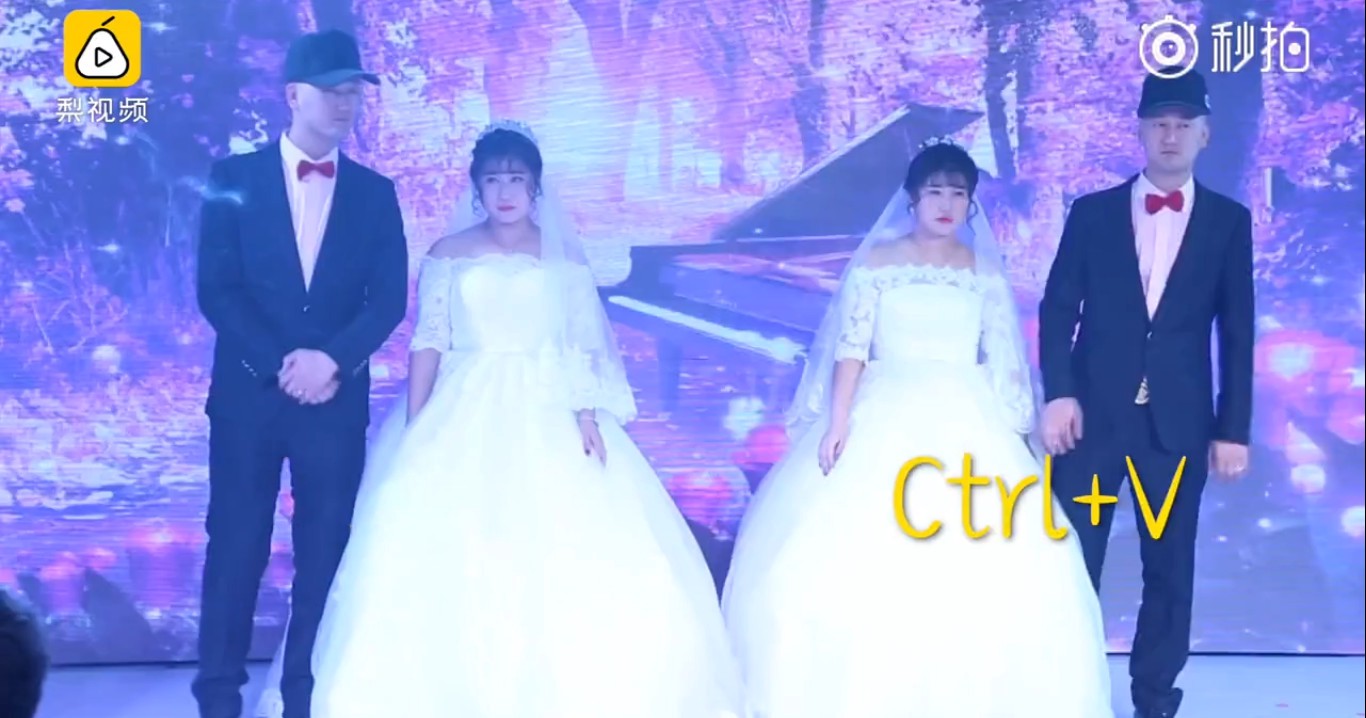 The couples’ wedding drew much attention from Chinese netizens as they wished the couple a happy married life together. However, some of the wisecracking netizens gave some funny comments and said, “Hope you don’t get confused and sleep with the wrong wife on your honeymoon!”

While this type of wedding is rare, it does happen from time to time and it is said that the DNA of their offspring would almost be like genetical siblings. Of course, it would be epic if the twins gave birth to another two sets of twins, which is exactly what their mothers are hoping for actually. 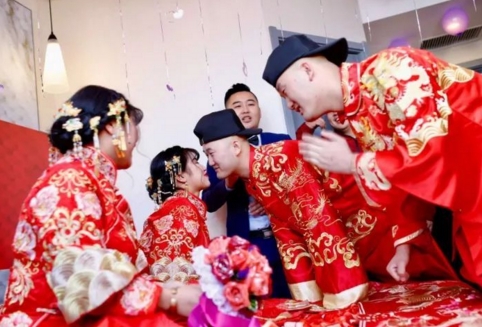 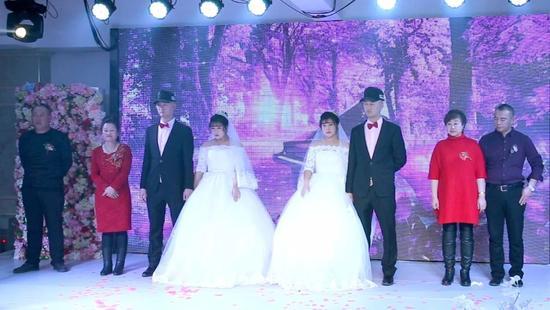 Hopefully they will take up different styles of dressing otherwise things could get rather mixed up! We wish both couples a happy married life! 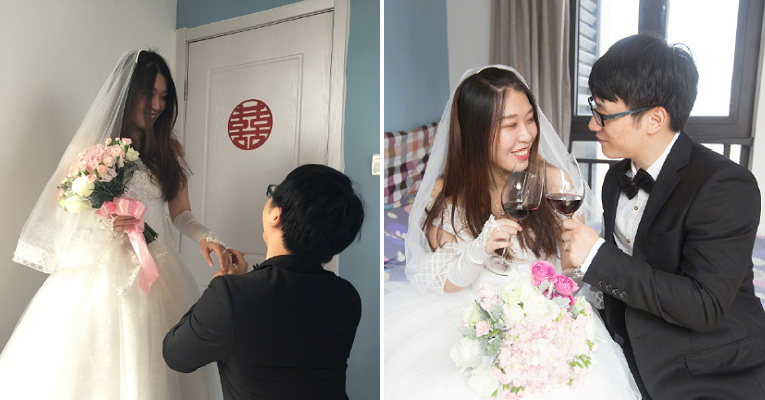