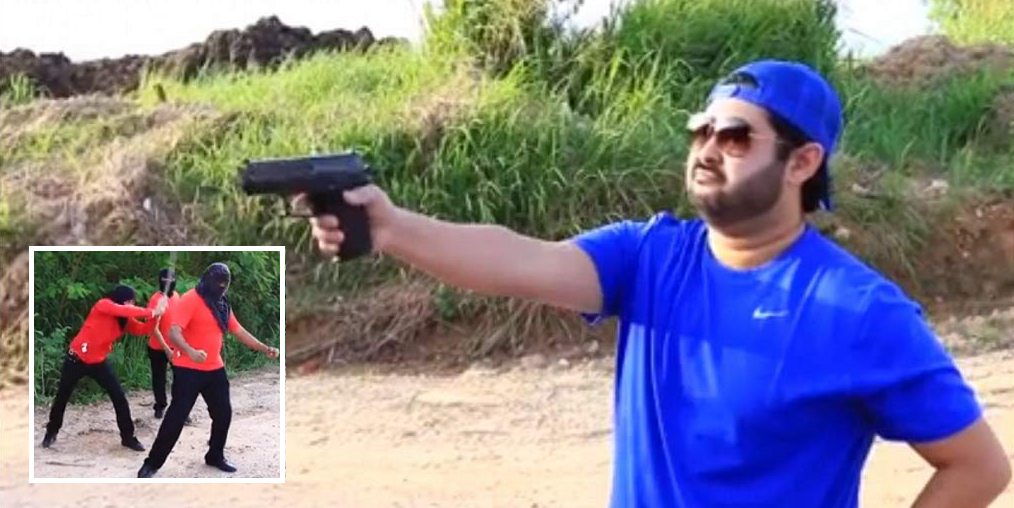 The Malaysian Internet’s favorite royal, the crown prince of Johor recently took to Facebook to share a cheeky video regarding the infamous “red shirts rally” or “himpunan maruah Melayu”.

The video, which was originally posted on the Facebook page of the Johor Southern Tigers, a state football club that TMJ owns.

It starts off with 7 men in red shirts and masks holding sticks and other blunt weapons. They proceeded to hit one of the men ala the red shirts martial arts video that went super viral. 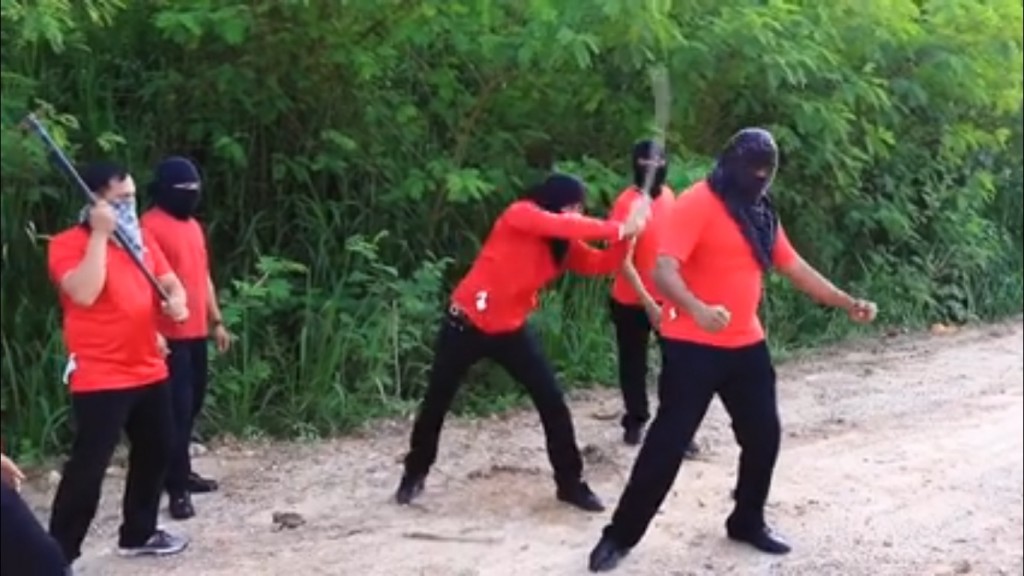 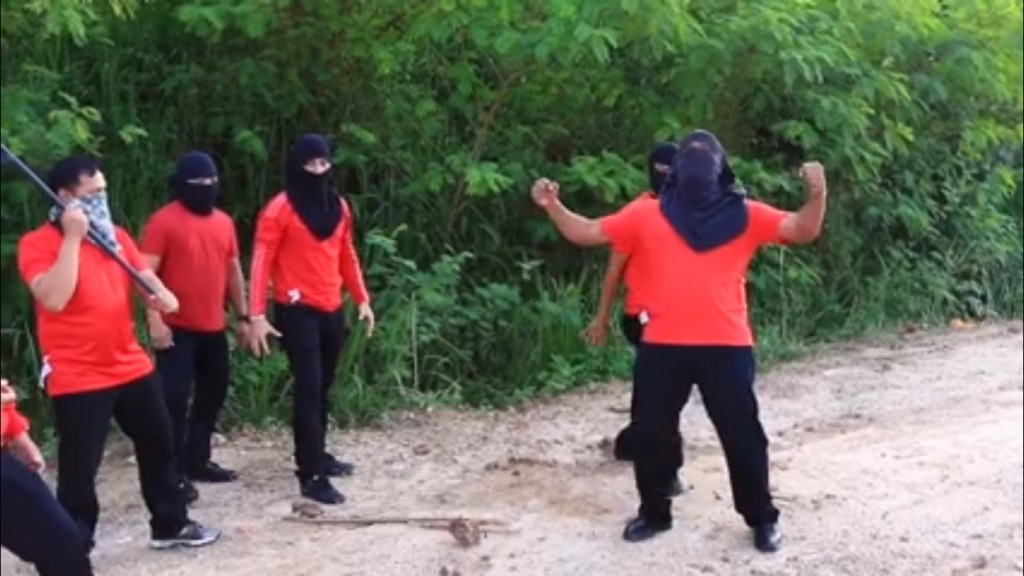 Also, it was super tongue-in-cheek as one of the man was holding a hoe (and by that I mean cangkul) as reference to the men who beat up the JBA worker for tuning off their water supply.

The video ended with TMJ, decked out in a blue shirt and hat, firing a few rounds off his semi-automatic pistol. Presumably at the ‘red shirts’. After which he turns to the camera and shrugs. 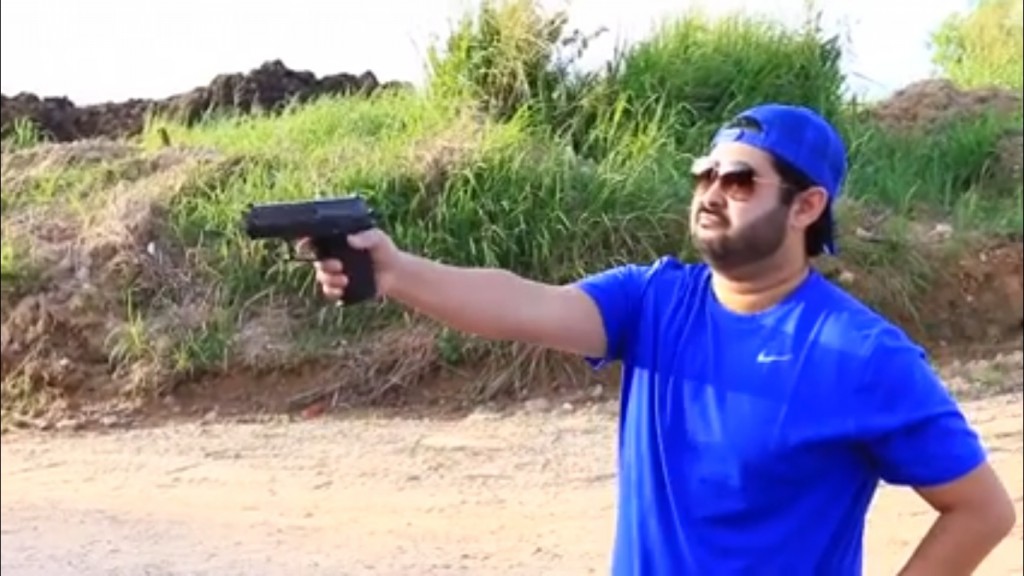 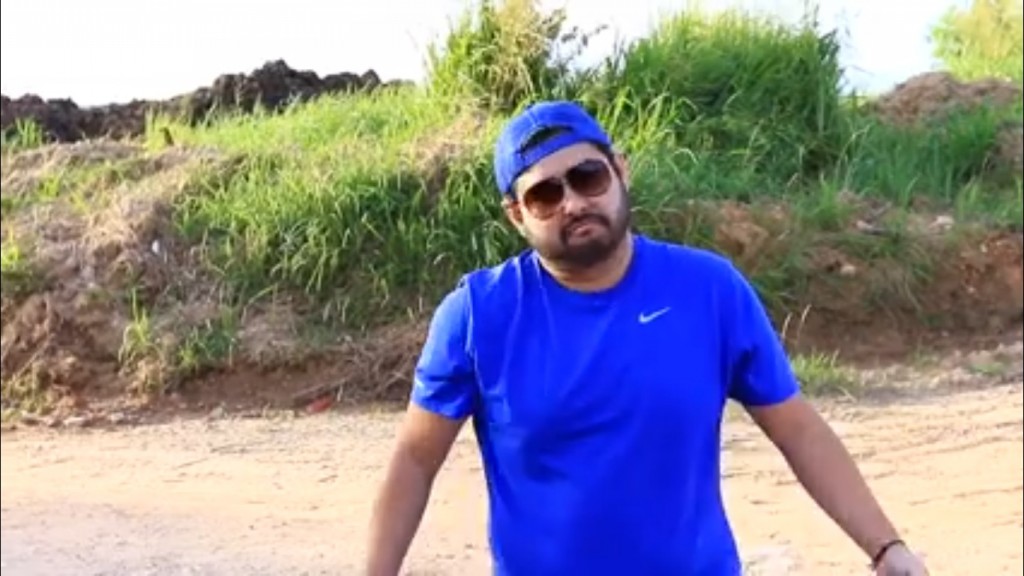 He had a long message accompanying the video in both the English Language and Malay.

He also placed a strong emphasis that he is not siding with either the “red shirts” or “yellow shirts” (BERSIH).

Now how did the members of the “red shirts” group react to this? Surprisingly positively, according to Malaysiakini.

“I see this as light-hearted teasing between the crown prince and his subjects so we need not get too emotional about it,” 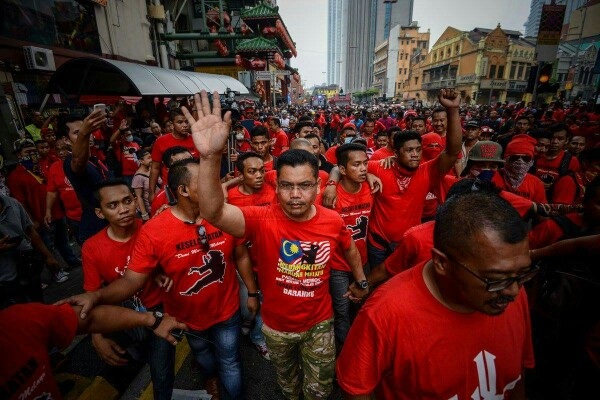 The leader of the “red shirts”, Jamal Md Yunos, apparently thanked the crown prince for the video, saying that he saw it as “teasing” as well.

“Who else can he tease but his subjects … Everything that is bad comes from Bersih, all that is good from Allah,”