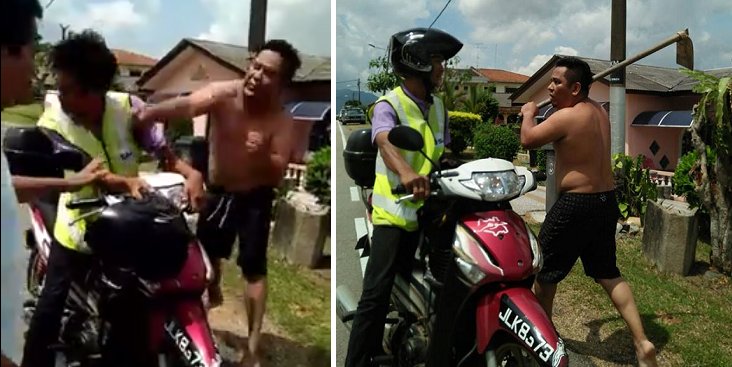 We all have our own responsibilities – as a student, parent, worker etc. Well, the Jabatan Bekalan Air officials in Johor were merely doing their job but they were mercilessly beaten up for doing so!

Apparently, two government officials had cut off the water supply to Kampung Melayu Kulai, Johor which caused a few residents there to be majorly unsatisfied. The outraged kampung men threatened, slapped, beat, and even kicked the officials!

One of the man straight on punched the official in the face, while another ran and jump kicked him on the other cheek. Ouchhhhh! 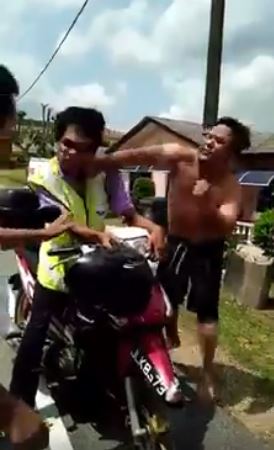 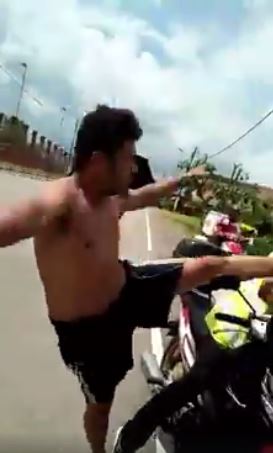 What’s worse, these angry men were their own cause for the water disruption as they did not pay their bills!

In the infuriating video, the two shirtless men were seen as the main aggravators as they kept taunting the officials.

Although most of what they said were slightly inaudible, their actions spoke louder. One of them even picked up a cangkul and threatened to hit the poor official! Bravely but pitifully, the officials just patiently took all of the abuse and recorded it. 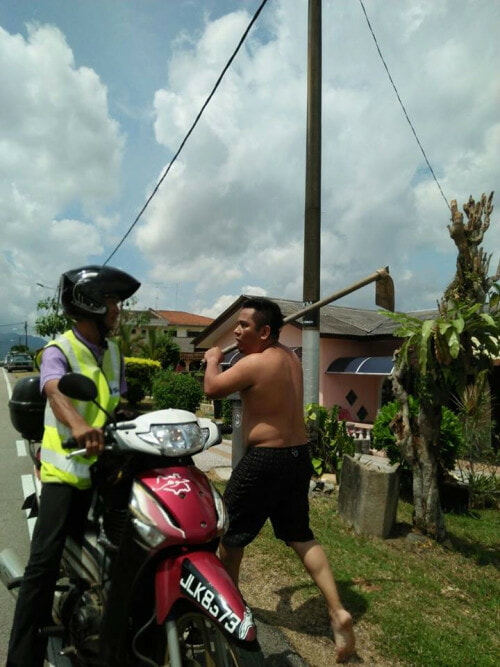 Man threatens to beat the official up with a cangkul

The JBA personnel explained they had to cut off the water supply as they had not paid their water bills for quite sometime. The men replied “Mak aku pegi bayor” (My mom went to pay).

Apparently, this is the fourth time JBA officials have visited the village about this water issue. However, in the past three times, the officials were kind enough to let them off with a warning.

But of course, as the villagers refused to pay for their water bills, JBA had no choice but to cut the water off by sending these two men to do so.

As these videos and pictures posted by Kapten Ben went viral, the internet also had a lot to say about those ruthless men.

“Never pay their bills but then beat up others. See how stupid they are??”

“Prepare yourself to go to court!”

One netizen even had the time to make a meme out of the situation. 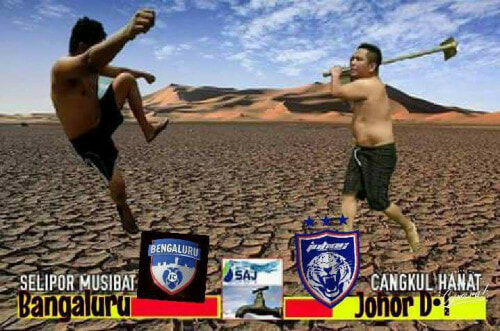 But on a more serious note, it doesn’t matter what the issue is, violence will never solve the problem. There is no need to resort to physical fights.

UPDATE: The two men who assaulted the poor JBA officials have been caught by police!