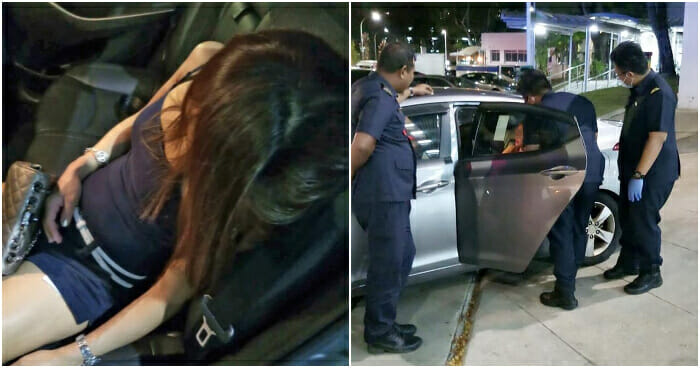 As far as customer service jobs go, ride-hailing drivers are up there with the hardest of them all, as they never know what kind of passenger they could be picking up next! This Singaporean e-hailing car driver’s recent stress levels must have gone through the roof, as he mistakenly thought a passenger had died in his vehicle!

It all happened in the wee hours of this past Sunday morning, on February 24, when the driver picked up a 27-year-old woman from Telok Kurau. According to China Press, she was clearly heavily intoxicated, as she reeked of alcohol, and couldn’t even keep a steady footing. Once she drunkenly stumbled to the car, she notified the driver that she wanted to go to the 109th block of Commonwealth Crescent apartment. A friend of the driver, who relayed the story to the newspaper, added that once they arrived at her destination, the driver attempted to wake the passenger, but she did not respond. He then took an umbrella and tried poking her gently with it, but she remained still, even after 15 minutes. We’d be totally freaking out by now too if we were him!

Sensing something amiss, he got down from the car and went to her side to try to awaken her again, but she was completely motionless – just like a corpse. The friend said:

“There and then, my friend got spooked, thinking that she had died right there. Immediately, he called the police and an ambulance for help.”

A while later, a team from the Singapore Civil Defence Force (sounds serious, we know) was dispatched to the scene, and after some time they were finally able to wake the girl up! She managed to return home safely. After everything ended, the driver called his friend up to tell him what happened, and complain about how this disturbing incident had kept him up all night. However, he also expressed that he was relieved the passenger was alright after all.

As you can see, e-hailing drivers have it really tough some days, including encountering ‘near-death’ incidents! What would you have done if you were in his shoes? Comment below! 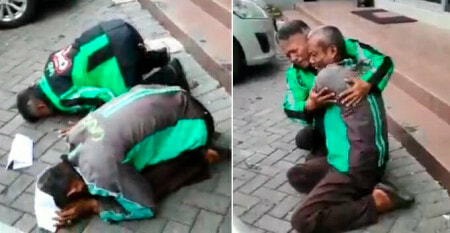