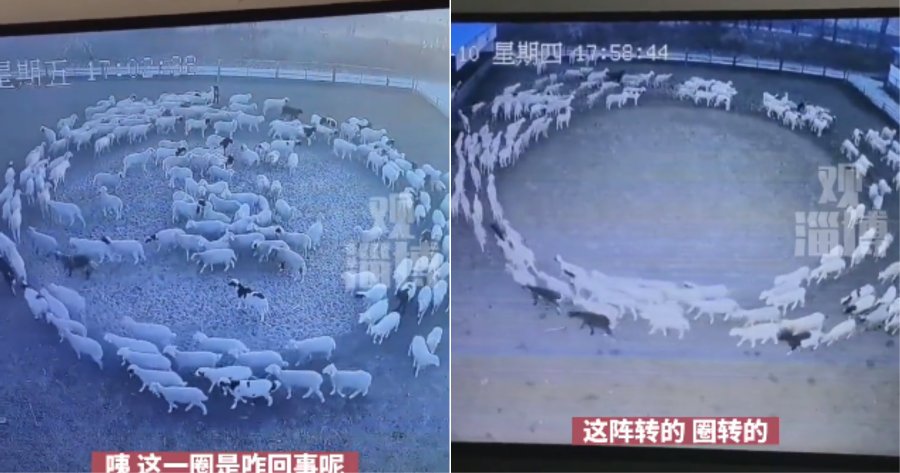 During the Covid-19 outbreak, we learned about herd immunity. But, have you heard of herd mentality?

A video from Inner Mongolia, China, has been going viral online, as it showcases a flock of sheep walking in a circle for 12 days straight!

The footage, shared by @flyfish6788, had people scratching their heads over the animals’ strange behaviour. Though, it appears that a professor and director at the Department of Agriculture at Hartpury University, in Gloucester, England, has figured out why. 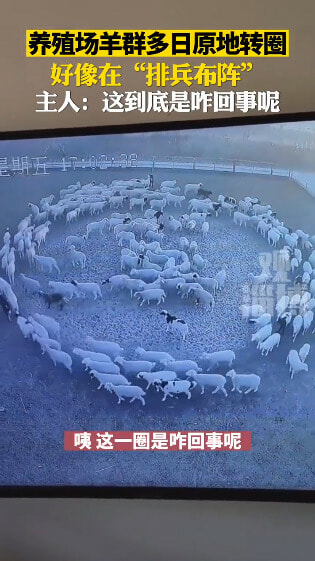 Based on a report by NDTV, Matt Bell shared that the sheep’s actions could be contributed by their long hours in a pen.

“It looks like the sheep are in the pen for long periods, and this lead to stereotypic behaviour, with the repeated circling due to frustration about being in the pen and limited (space – as to where they can go). This is not good.”

“Then the other sheep join as they are flock animals and bond or join their friends”, he said, referring to herd mentality.

We genuinely hope that the farmers who own the sheep will let them out more often so that they aren’t constantly cooped up in a tiny pen.

You can check out the concerning video here:

内蒙古，养殖场羊群连续多日原地转圈，主人诧异：到底是咋回事呢？In Inner Mongolia, the sheep in the farm have been circling in place for many days. The owner is surprised: What's going on? pic.twitter.com/GDV3LyGgga