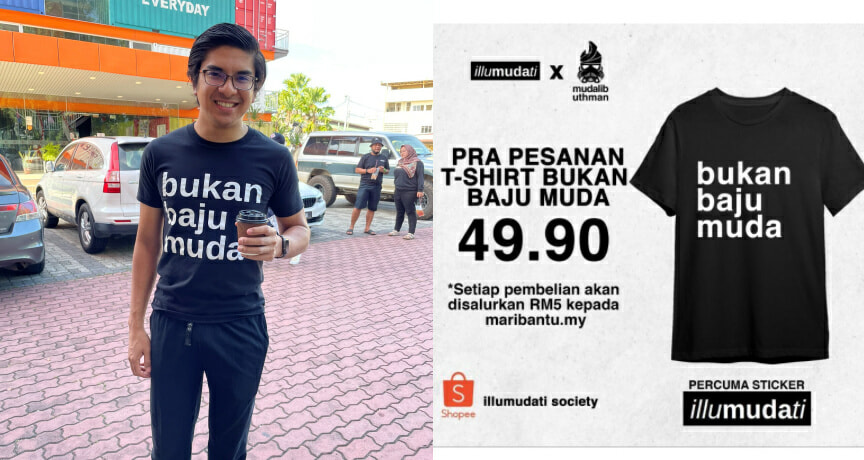 This is the go-to shirt if you want to avoid any dramas.

Previously, there were pictures circulating online where there are people wearing the MUDA’s t-shirt sitting around a table full of beer cans and bottles. There were accusations saying that those ‘MUDA members’ were using flood relief aid to buy alcohol.

The accusations are later debunked by MUDA’s co-founder Syed Saddiq as a sabotage attempt by other political parties.

Today morning (16 Jan), Syed Saddiq posted a tweet with a photo of him wearing a t-shirt ‘bukan baju muda’ with the caption, “GM! Today I am not wearing MUDA clothes. No problem right?”

The shirt turns out to be from a society named illumudati and its product, the T-Shirt Bukan Baju MUDA is actually available online for RM49.90.

With every purchase of the t-shirt, RM5 will be donated to maribantu.my and you will also be getting a free sticker.

Also Read: The Love Of An 83yo ‘Laoshi’ For Her Adoptive Muslim Daughter Warms The Hearts Of M’sians 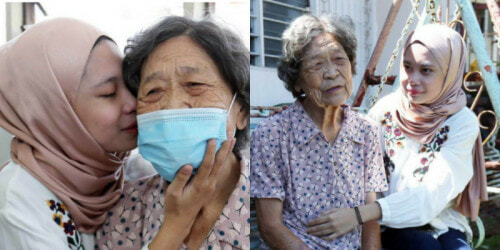