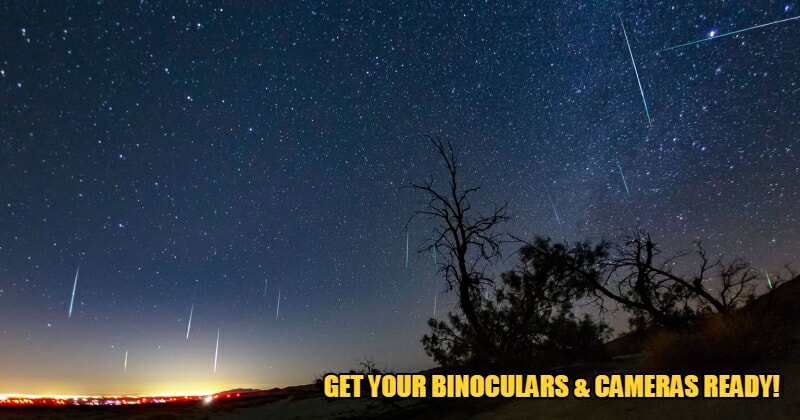 Now that the pandemic has shorted and restricted many night-time activities such a clubbing, many young Malaysians are wondering what to do now that their nights are free.

Well, there a special event happening on 13 and 14 December that shouldn’t be missed, and fret not for you can participate from the comfort of your gates and porches.

As according to The National Planetarium, the Geminid meteor shower has been visible from Malaysia since 4 December, but will be most prominent from 8:30pm 13 December up until the wee morning hours of 14 December. 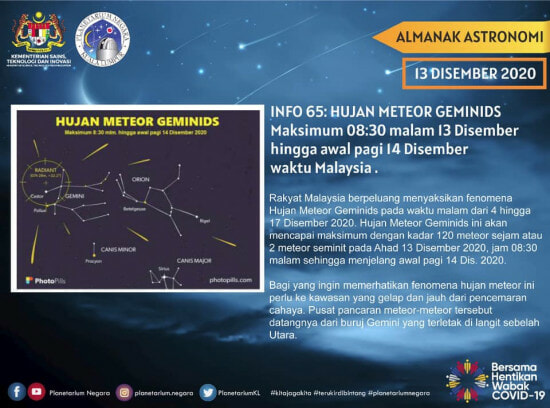 It is said that there will be a good 2 meteors per minute, which will add up to about 120 meteors an hour during its peak timing. They added that the center of the meteor beams will come from the Gemini constellation located in the northern skies.

But, considering certain restrictions have been eased, enthusiasts interested in watching the Geminid meteor shower can travel around to search for a darker location to indulge themselves in the magical event (as long as you adhere to the SOPs).

We can’t wait to spectate the Geminid meteor shower. Let us know how excited you are for this in the comment section! 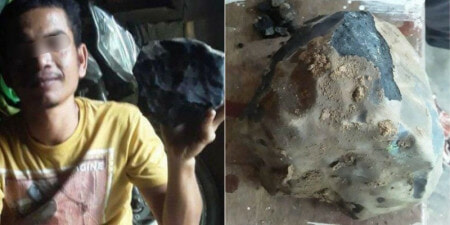