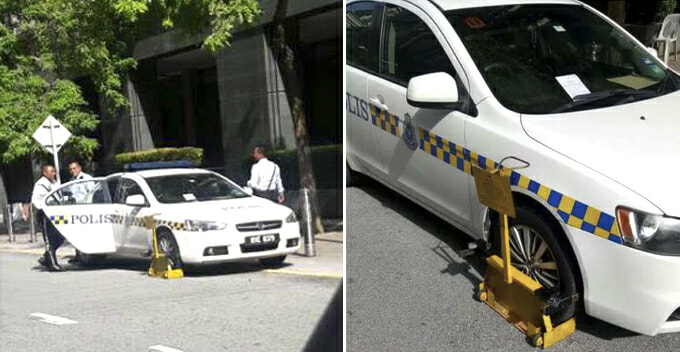 Admit it, while cruising on the highway, we’ve all seen a few police officers who’d be on their phones while driving. Most of them would get away with it despite violating the traffic rules, but not these three traffic police officers.

Just yesterday, a police patrol vehicle was clamped in front of Menara Usahawan in Precinct 2, Putrajaya. It was reported that the vehicle belonged to personnel from the police Traffic Investigation and Enforcement Department. 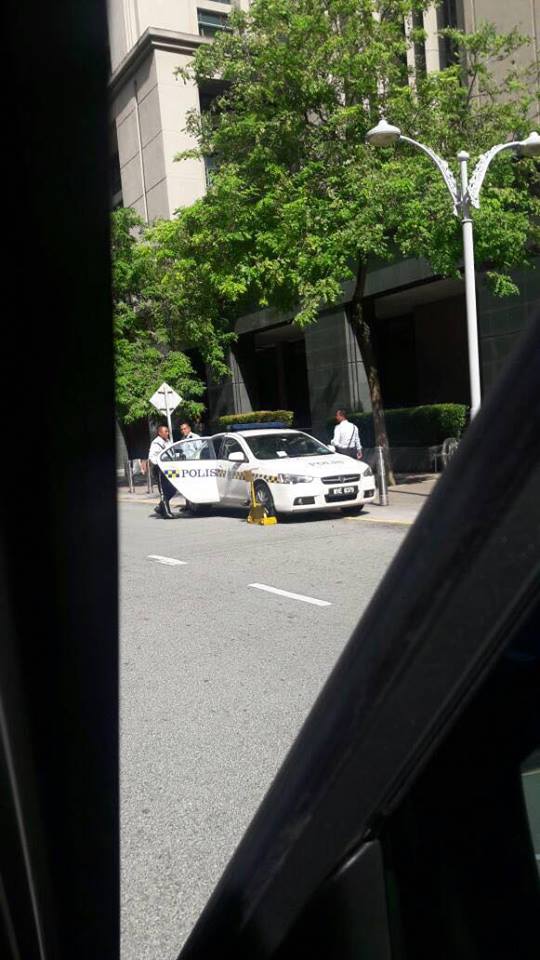 Putrajaya police chief Assistant Commissioner, Rosly Hassan had confirmed the incident and said it was the personnel from the Putrajaya Corporation Enforcement Division who had clamped the illegally-parked car.

In the picture, the three traffic police officers looked rather stunned when they discovered their vehicle was clamped. Err… how ar now?

Like everybody else, they had to settle the fine to get the clamp released. No special treatment okay. 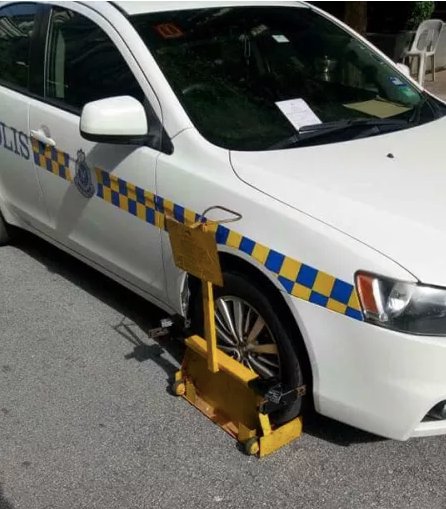 It was believed that a motorist who so happened to be there took a picture of this scene and uploaded it on social media. Needless to say, it went insanely viral and netizens had mixed reactions about it.

“No one is above the law, even if they’re the traffic police! The personnel who clamped the car should be given a medal!” a netizen said.

“They should be given the leeway to park illegally as long as it doesn’t obstruct traffic because they need to get going upon receiving a distress call from the public,” another Facebook user commented.

Well, it’s certainly good to know that they paid the fine and didn’t abuse their power to get out of that situation. 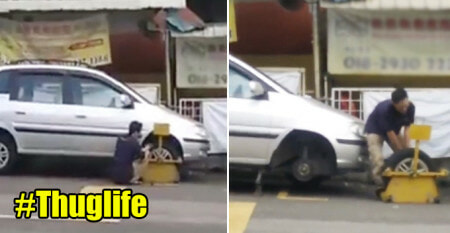