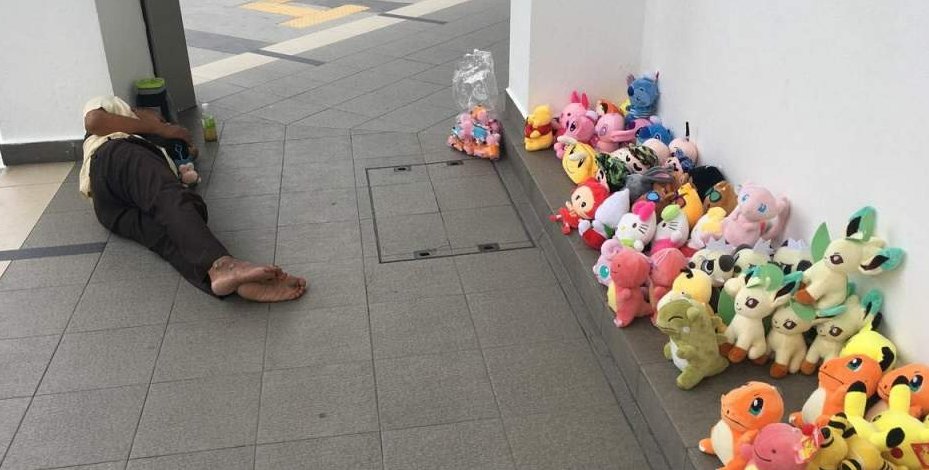 The elderly man who sold Pokemon plushies during the ‘Pokemon Go’ hype attracted a lot of Malaysians dropping by to buy from him.

However, since the ‘Pokemon Go’ hype died, so did his business.

Facebook user DC Tan recently spotted Uncle David. She expressed her sadness of how the poor man had no more business that he was even seen taking a nap. 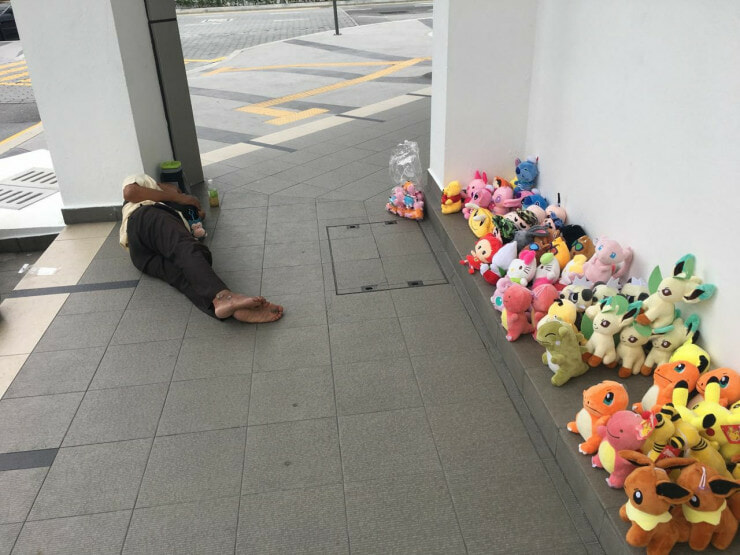 Uncle David spotted taking a nap after business slows down

“Poor uncle David, seems like his business goes quiet after the craze.

?Pokemon fans, perhaps can go get some gen 2 and gen 4 Pokemons for collection. (only RM10 each)

It’s really sad to see how his popular business that was even covered by BBC, quickly ended after the trend died. 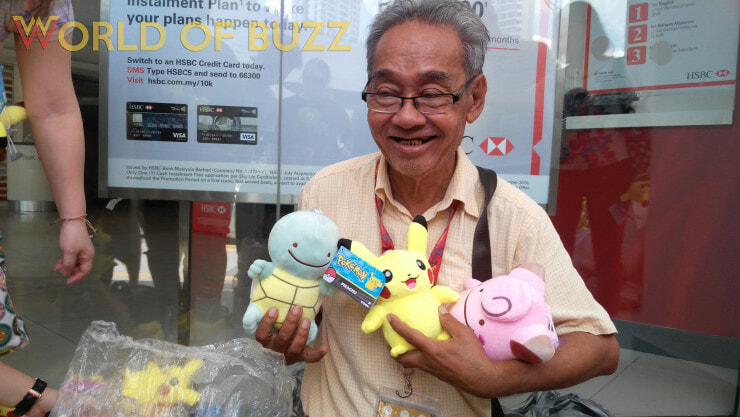 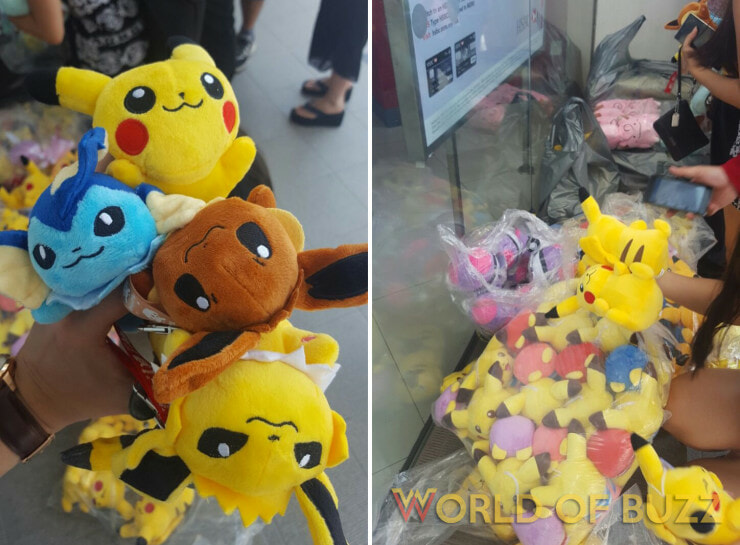 Many others expressed their wish to help, but regret that they can’t due to the fact that they are staying in other states, such as Malacca, Perak, Sabah and more.

“Gosh, why is he so far from me? I’m in Sarawak, and I seriously I want this.” one user wrote.

“Let’s go buy it this weekend! RM10 only man.” another commented.

Most of the users from other states even tagged their friends from Klang Valley, requesting their friends to help purchase it for them. While another kind-hearted user planned to drive down from Penang to buy some of these adorable toys from him.

So, for those who are able to help him out and support him, please do!

Kudos to all you kind Malaysians! Feel free to share with us some pictures as stories as well! 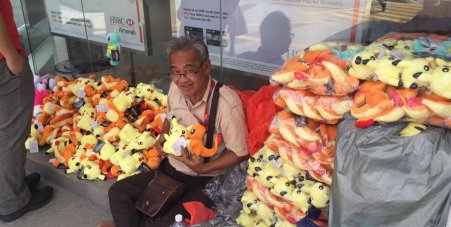