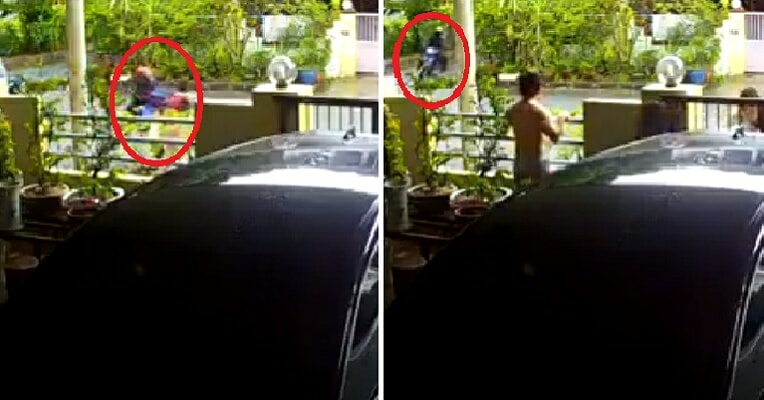 Even walking around in a residential area in broad daylight isn’t safe anymore! A recent video went viral on social media showing CCTV footage of two snatch thieves on a motorcycle attacking a lady who was walking past some houses in Taman Budiman, Bukit Mertajam, Penang. 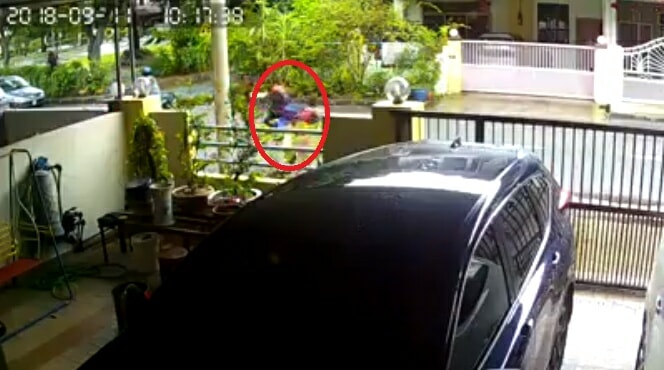 According to Sinar Harian, the incident happened on September 11 at around 10.30am when the 27-year-old lady was walking home after she had been to the supermarket nearby. As it was raining, she was holding an umbrella and was just passing by some houses when a motorcycle approached her from the front.

She looked up and the pillion rider of the bike ran down to try and snatch her backpack off her body. The lady, who is a teacher, started screaming her lungs out during the struggle where she fell down and the thief started hitting her so that she would let go of her bag. 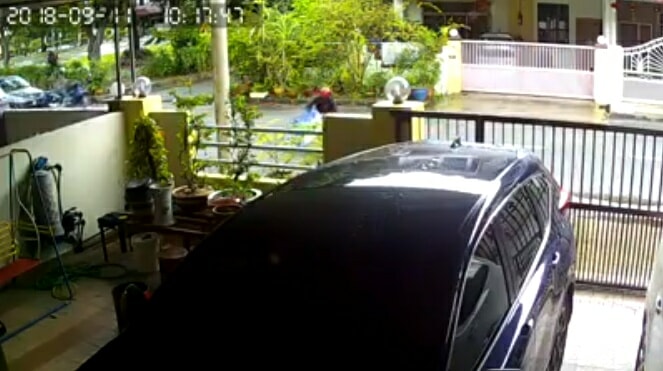 He punched her head and while trying to snatch the backpack, she was dragged on the road. Her screams alerted the people living in the house and they came rushing out to see what had happened, which caused the thieves to panic and rush off with a plastic bag from the victim’s backpack.

As she went up to the nearby house to talk to the people who had come out to save her, suddenly the motorcycle with the two suspects on it drove past again, as if they were dissatisfied that they did not steal enough valuables from her. She screamed again and wanted to throw her bag inside the house but when they saw so many witnesses standing around, they quickly escaped on their motorcycle. 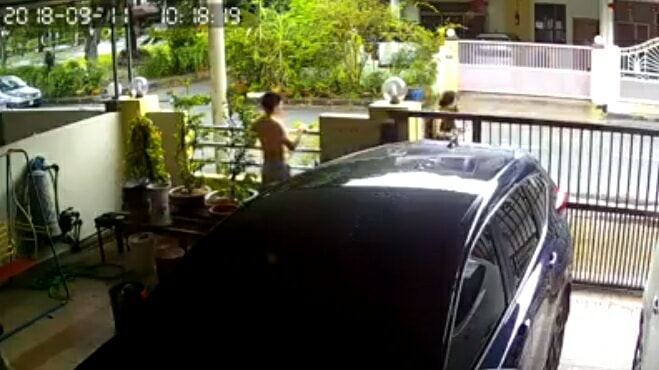 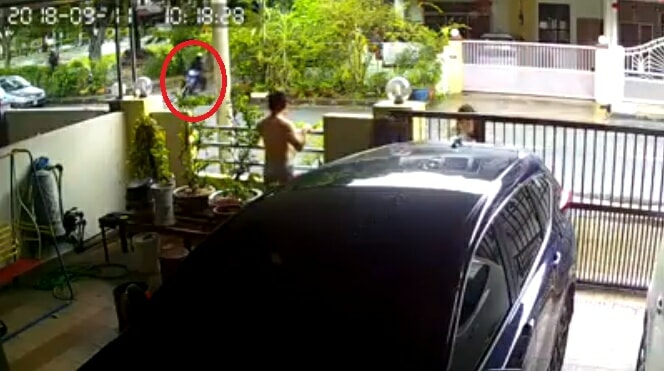 Seberang Perai Tengah district police chief, ACP Nik Ros Azhan Nik Ab Hamid confirmed the case and said that the victim did not suffer any monetary losses but had slight injuries on her head, legs and back. She was sent to the Bukit Mertajam Hospital for treatment and the police are investigating the case.

They are trying to identify the suspects, who are reportedly men in their 20s, and will be investigating it under Section 393 of the Penal Code.

Hopefully, the police can bring these two thieves to justice soon and put them behind bars! 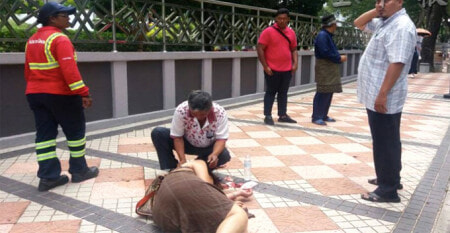