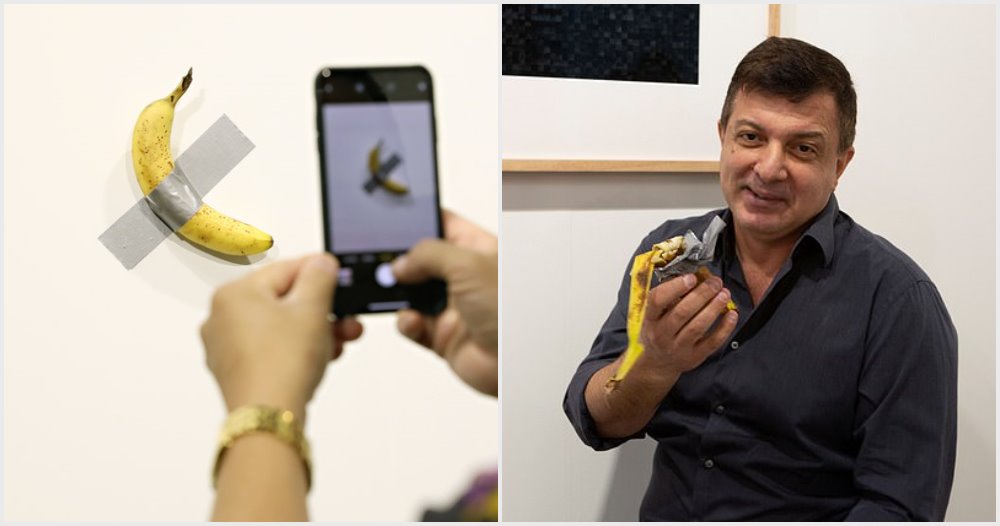 The most basic rule in art is that there are no rules, and also, anything can be art. Art is a very abstract thing and it does not have to be dusty old paintings. That said, this bit of news may be surprising! Recently, an Italian artist, Maurizio Cattelan, sold his piece titled “Comedian” to a French collector. This piece features a banana duct-taped to a wall and that’s it! 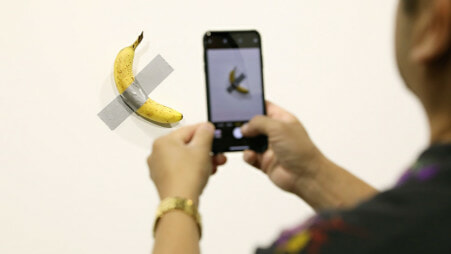 According to Daily Mail, the piece was sold for $120,000 (RM5000,000) and many people are appalled by it as it is so simple and yet it sold for such a big amount of money. So, it is understandable that people would go all the way to the Art Basel show in Miami for a glimpse of the world’s most expensive banana.

On Saturday (7th December), performance artist David Datuna went to the show and while passing by the “Comedian”, he decided he was hungry and went to grab the banana. While peeling the banana he said,

After taking a bite from the banana, he then said,

A few gallery-goers were heard giggling while gallery officials pulled David away into a room for questioning. Everything was resolved without any bloodshed as gallery director of museum relations, Lucien Terras said,

“He did not destroy the artwork as the banana is an idea and it is replaceable.” 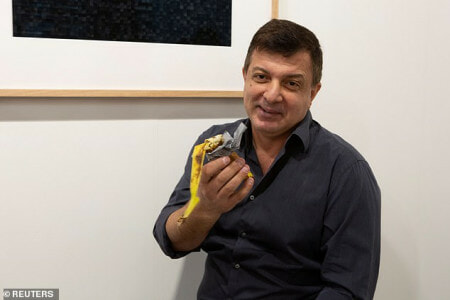 15 minutes after David’s stunt, a new banana was taped on to the wall again.

The gallery director of museum relations then said that the stunt has brought a lot of attention to the booth, and they are not very fond of spectacles like those. However, it also brought a lot of smiles to people’s faces and the response has been great so all is well. 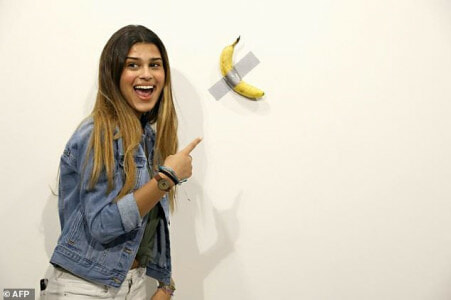 The artist behind the “Comedian” is also the artist of the 18-carat fully functional gold toilet dubbed “America”.

What do you think about art installations such as these? Tell us in the comments! 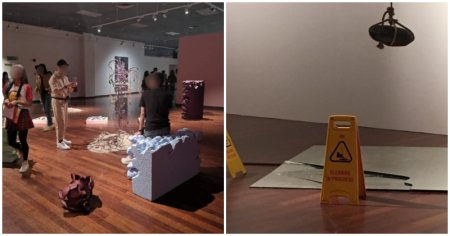