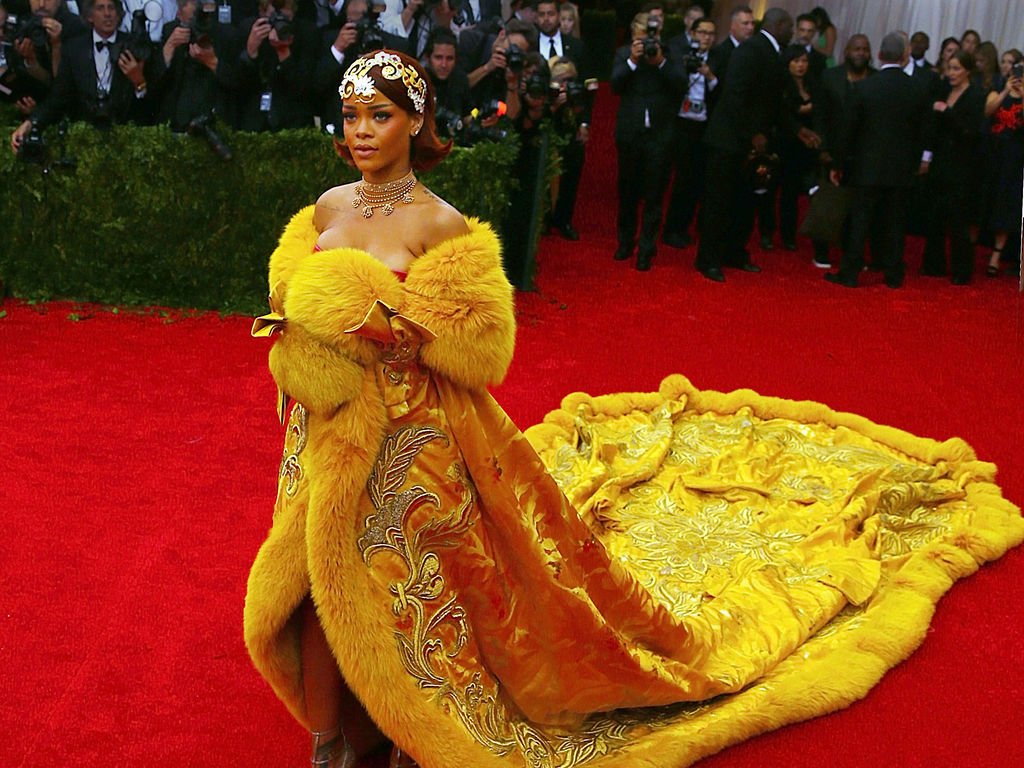 Rihanna uneggspectedly stole the show on the red carpet by wearing a voluminous golden fur cape by Chinese designer Guo Pei to the recent Met Gala.

The dress wore by Rihanna was a Chinese woman creation which actually took her over 2 years to make. Ironically, the internet only took ‘FourFive seconds’ to reduce that years of hard-work into an omelette or pizza looking dress. What was supposed to be imperially ‘Shining Bright Like A Diamond’ apparently was perceived differently by people in social media.

Here are some of the most popular variations of Rihanna’s widely ridiculed dress:

Let’s start off with the classic

Rihanna out there looking like a dropped banana peel #MetGala pic.twitter.com/MM1ZpGfl1o

How about some pepperoni from Pizza Hut?

Not a fan of Pizza Hut? No problem. 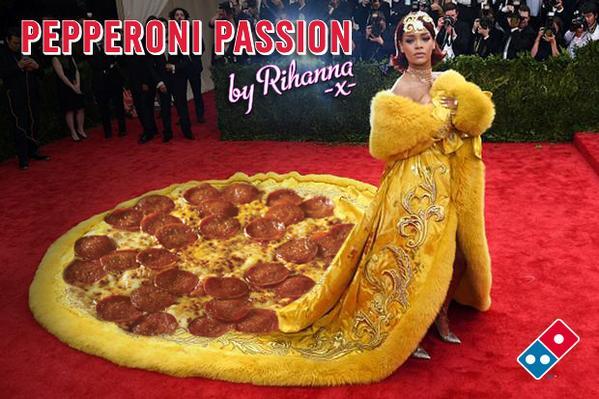 Maybe some eggs for your daily protein intake?

How to make an Omelette ft. Rihanna #metgala pic.twitter.com/8itDtdDwOg

Would you prefer a scrumptious pie instead?

Tonight’s #MetGala was brought to you by the letter R. @rihanna pic.twitter.com/nxcnkyLmqO

The internet can be a cruel place sometimes.

Do let us know what you think about her dress. We personally think its eggcellent.

Signing off now to have some delicious poached egg meal.