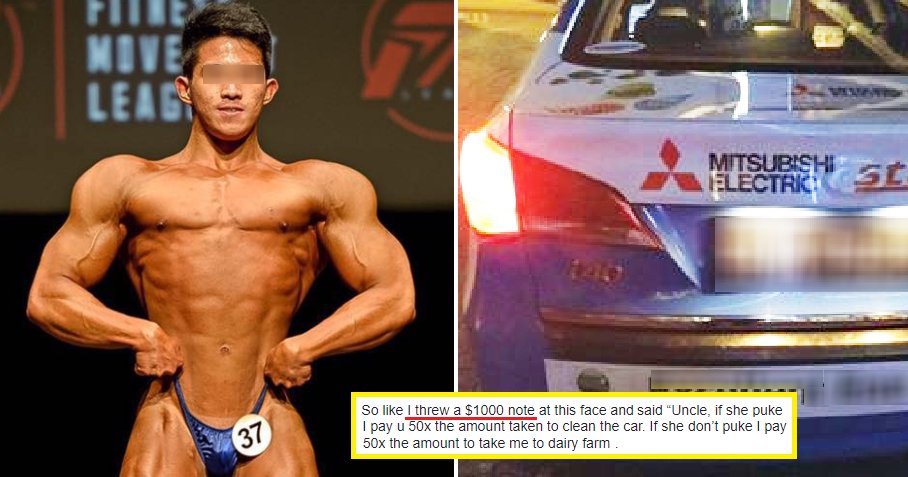 Well, this just shows that one should not simply make threats online or you may land in serious trouble! Just as the dust settled on the whole drama about the BMW driver and the Caltex pump attendant, another new saga has emerged. 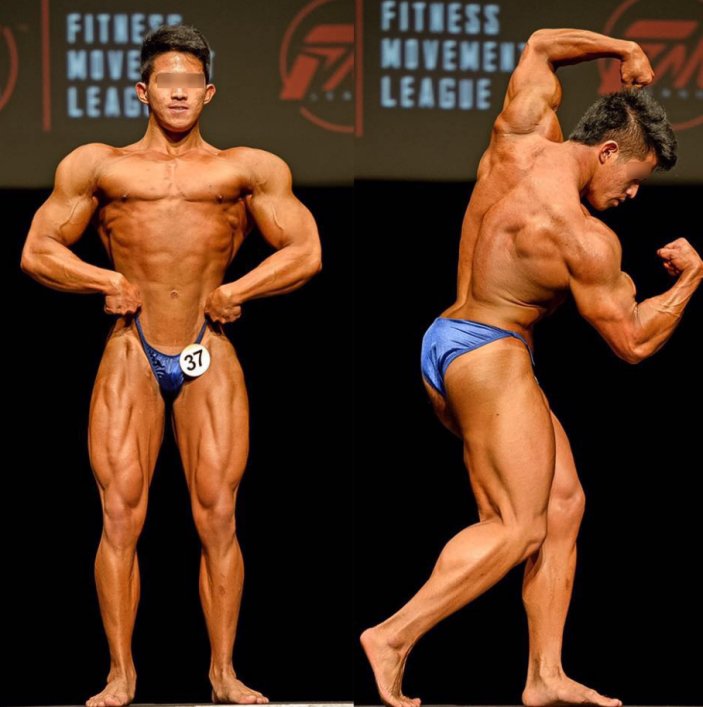 This time, another young man has made headlines for allegedly putting a “bounty” of S$10,000 to S$30,000 (RM29,702 to RM89,108) on a police officer and a Grab driver. He had written a lengthy Facebook post offering the bounty and detailing what happened to him but has since taken it down. However, some people at the Singaporean forum, Hardware Zone managed to capture the post before that.

This is what he said: 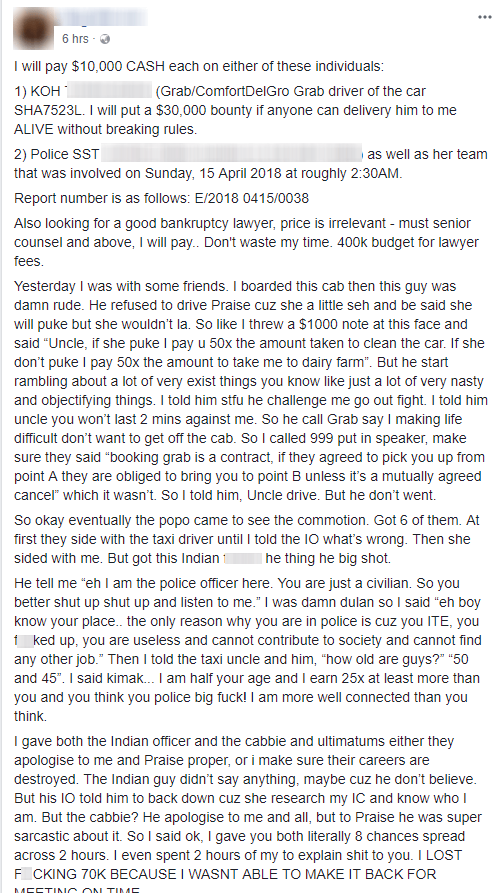 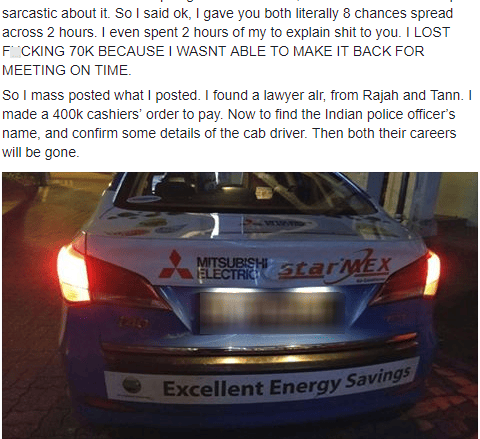 Basically, this is a summary of what happened to the young man, who is 25 years old and supposedly a rich, successful bodybuilder when he called for a Grab ride on April 15 at around 2.30am.

However, after the drama blew up across social media, the bodybuilder has surfaced and given his side of the story while also apologising for his actions.

Here’s what he said at first: 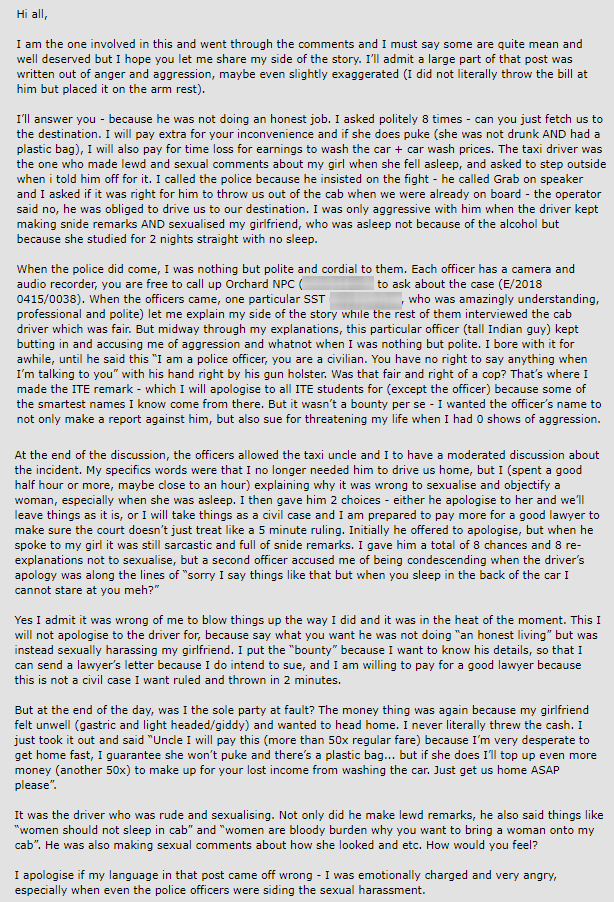 He accused the Grab driver of making sexual comments towards his girlfriend, an aspect he had left out in his first post and also said that the police officer was hostile, with “his hand right by his gun holster”. His first apology still left a sour taste in netizens’ mouths and he backtracked to make another more contrite apology.

This is what he explained after that: 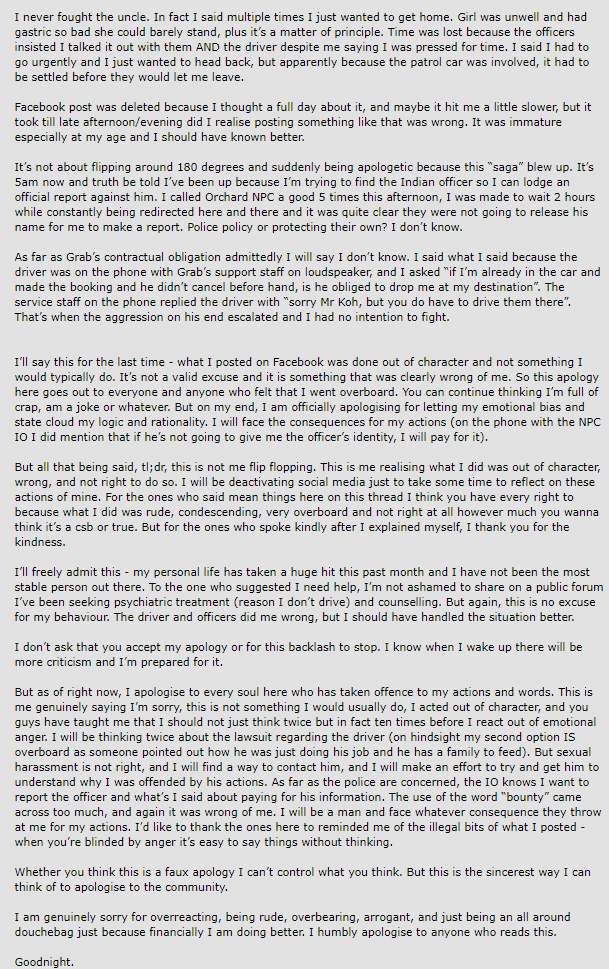 He said that he had overreacted and had actually been seeking psychiatric help before this. If there was any doubt of his sincerity, he even said that he had written and would hand-deliver an apology letter to the police station.

TLDR version: ‘Rich’ guy tries to show off by offering a huge bounty to find Grab driver and police officer who offended him and his girlfriend, plan backfires after netizens condemn him for boasting about his money and insulting a police officer. Guy suffers vicious backlash and backtracks wildly by giving various apologies to everyone involved and deletes social media accounts.

Lesson: think carefully before putting up such incendiary posts like this online, peeps! 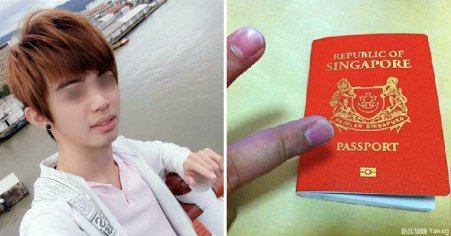