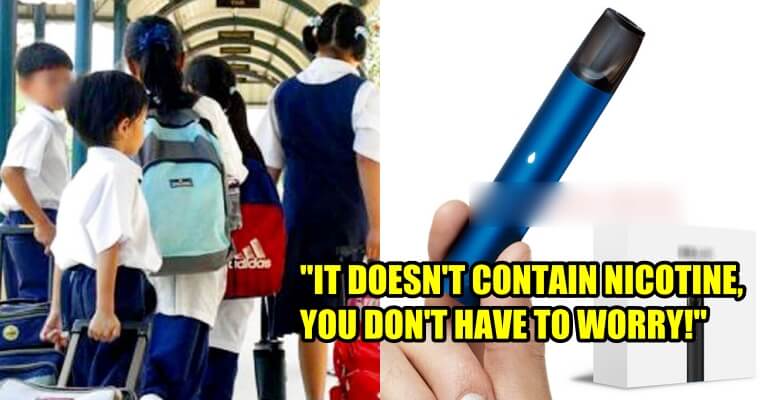 It’s a rule that students are not allowed to smoke or vape within the school compounds, however, on 17th May, it was reported on China Press that primary school students were caught vaping!

Two Chinese primary schools in South Seberang Perai, Penang, were checked and around twenty Standard 6 students in total were found using vape devices. The appearance of the devices looks like USB thumb drives, and they were small enough to be disguised as one as well. 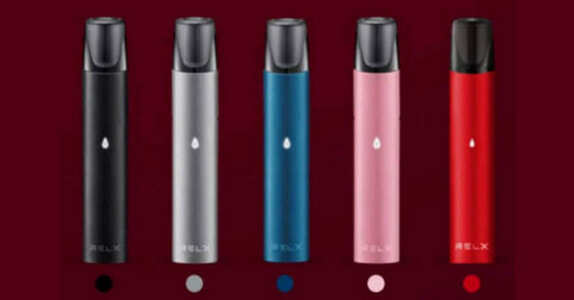 What’s more shocking was that when the students were caught, they claimed that they were just “enjoying the new tech products, as well as trying out the fruit flavours” from the fruit flavoured vape juice.

It’s also reported that these students bought their vape devices for RM120 each online, some of them even became proxy buyers!

A student was caught for bringing a vape device to school to show off to his friends, thus his father was being called up to see the principal, according to Hotspot. The father told the principal,

“This vape device doesn’t contain nicotine, you don’t have to worry!”

The principal hopes that parents prevent their kids from being exposed to vape devices, and keep in mind that these devices are not allowed at school.

Some parents are worried about the fact that these 2 schools are just the tip of an iceberg, and the other primary schools in Malaysia may be encountering this issue as well.

A screenshot shows a Netizen’s comment on the issue:

“I used this device to quit smoking, and it really works, I haven’t used any cigarettes for the past two months. But I absolutely do not support the idea of immoral sellers selling these to students! I advise students to not get addicted to smoking because smoking doesn’t make you look cool, as it’ll only gradually damage your health. It’s not healthy, and we (the old smokers) suffer even when we want to quit, why would you want to learn from us?”

It’s indeed immoral to sell vape devices to students, and we hope the parents know the consequences of introducing vaping to their children at such a young age.

Tell us what you think in the comments!

Read also: Vaping Raises Risk of Heart Attack and Depression by 34% and 55%, According to Study 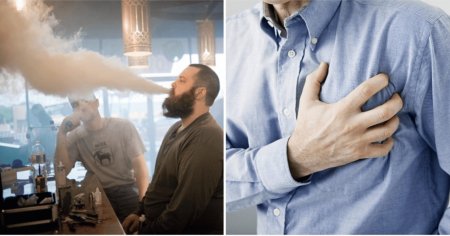