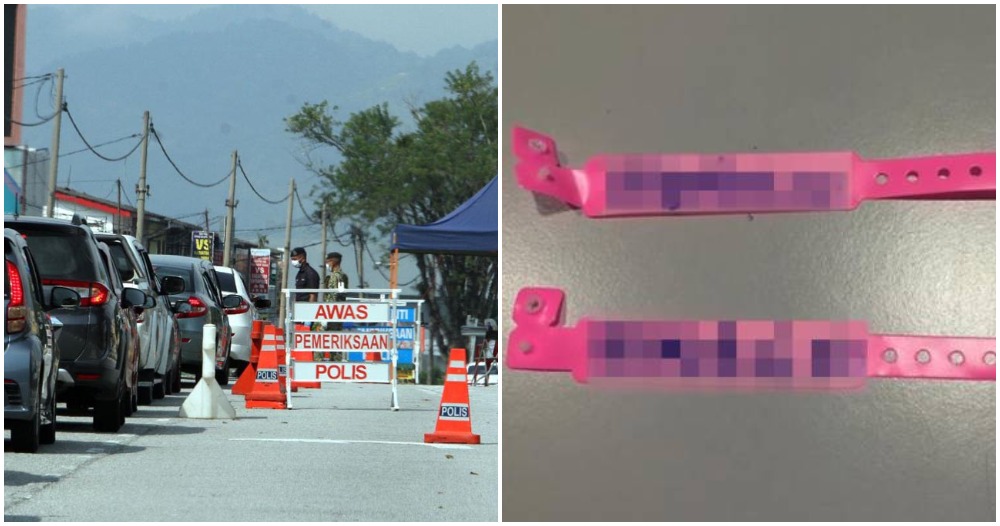 Despite strict SOPs and warnings by the government, there have been multiple instances of people disobeying the TEMCO and getting caught. Next to join this list is a couple from Kampung Kuala Sanglang, who was arrested trying to leave the area and even removed their pink wristbands. Astro AWANI reported that the couple failed to give a concrete reason for flouting the TEMCO leading to their arrest. Kangar Chief Police Superintendent Wari Kiew said the 54 and 65-year-old couple was arrested at a roadblock at Jalan Simpang Empat-Kuala Sanglang on their way back home to Kampung Kuala Sanglang at 3.30pm on 12 August.“The couple was detained by the police after being seen panicked and suspicious,” he said. “As a result of the interrogation, they admitted to removing the pink wristband on the grounds of having an “allergy” on their skin and used a “rat path” to get things on their motorcycle.”

The offence is punishable under Section 270 of the Penal Code and Section 22 (b) of the Prevention and Control of Infectious Diseases Act 1988. However, the couple were released on police bail.

While we understand that it’s definitely not easy for them to be under TEMCO, we need to understand that this move is for the greater good. Our battle against the Covid-19 pandemic can only be won if we stop being selfish and work together!

Also read: What’s The Difference Between TEMCO & EMCO? Here’s What You Need To Know