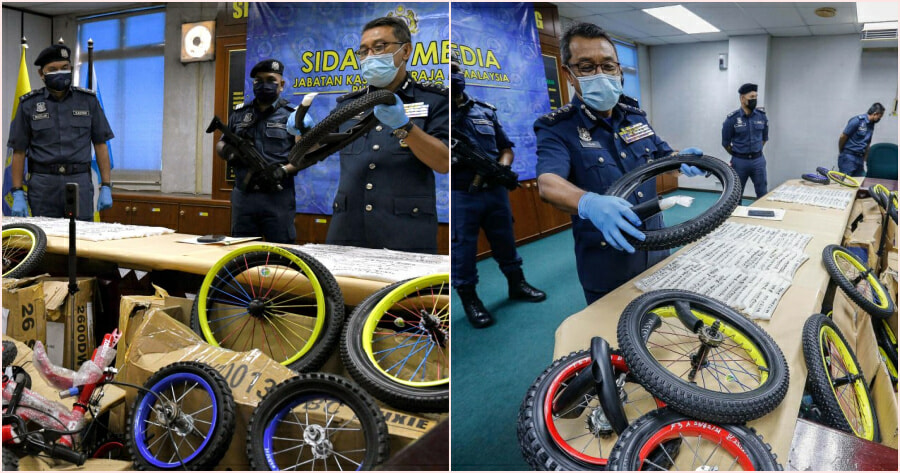 Although plenty of drug syndicates across the nation have been busted, drug smugglers have kept trying to find innovative ways of smuggling drugs.

Recently, the Penang Customs Department reported that they had managed to foil an attempt to smuggle drugs using courier services and have seized 18kg of methamphetamine worth RM1.8 million which was found hidden in children’s bicycle tyres. 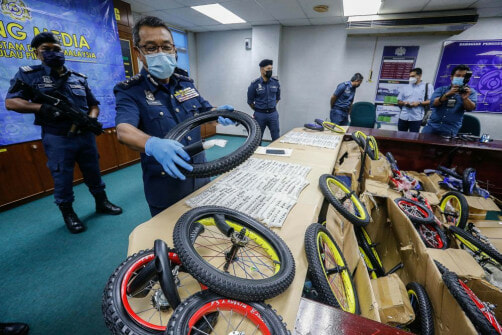 The discovery happened during a raid on the courier company at Raja Uda Business Centre.

“Upon search, the team found a total of 104 packets of methamphetamine hidden in the bicycle tyres in the 10 boxes. The drugs, weighing 18kg, are estimated to be worth RM1.8 million.”

He said that further investigations were being done to identify the sender, which was a bicycle seller in Penang, and the recipient, whose address was in an Oceanian country.

“We believe the drugs were meant to be smuggled out of the country and the drug syndicate had used the courier service as a tactic to fool the authorities,” he added. 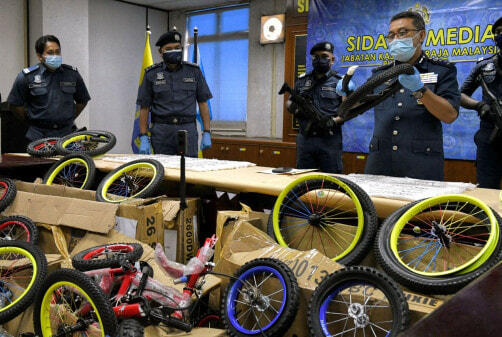 So far, no arrests have been made.

“The public with information on such a syndicate or activity are urged to channel the information to the authority so that it can be curbed,” he said, adding that the case was being investigated under Section 39 B of the Dangerous Drugs Act 1952.

What an innovative way of trying to smuggle drugs. What do you think of this? Let us know in the comments. 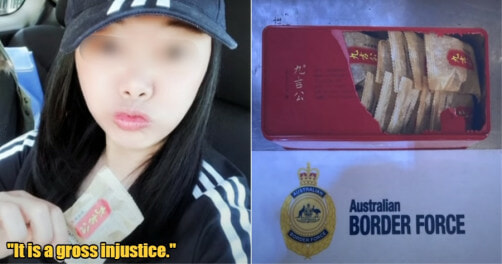