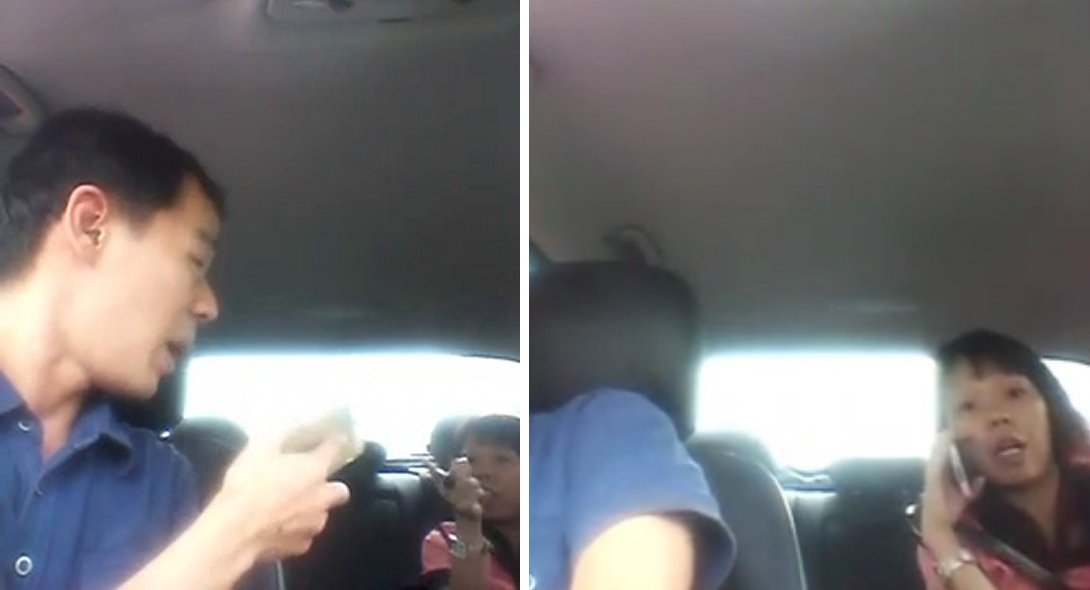 A Singaporean Grab driver was stuck with an unruly female passenger who refused to leave his car for an hour.

Stanley, a fellow Grab driver, shared his video and the driver’s account of what happened from his Facebook chat group SG GrabCard & Uber Drivers, as reported by Singapore Stomp.

The driver, Eugene Tan, had driven her to her destination at Block 327C Anchorvale Road and ended the trip just before reaching, a subtle touch of kindness to spare on the mileage.

It was then that she started to kick up a ruckus about a S$15 promo code that Grab was offering riders. Apparently, she did not had not keyed in the code properly, and accused the driver of ending the trip early on purpose so she wouldn’t be able to key it in.

The driver then explained to her that she needed to key in the code before booking her ride.

However, she remained adamant and refused to leave the car, calling him a “smart alec”.

Running out of options, the driver then turned to Grab’s corporate office and tried to pass the phone to the woman.

She refused to answer, demanding that whoever was on the line was to call her directly on her mobile instead.

The driver turned back and started to narrate his problem, but was rudely interrupted by the woman shouting and cutting him off. Strange, considering she turned down the chance to talk.

That’s some Class A attitude!

The driver then mentions calling the police to settle the issue once and for all, and get as far away as possible from this psycho lady. When the woman quickly snapped back at him, saying that she’ll be the one who’ll be calling the cops (because she wanted to be the first one to report to the police).

Her conversation with the police was recorded on the video, and you can hear her claiming the driver purposely ended her booking earlier in order to get more bookings, and that he was a “smart alec”. Alec aka stupid person.

The lady apparently stayed in his car for over an hour. After the whole nightmare the driver himself posted about his shitty experience.