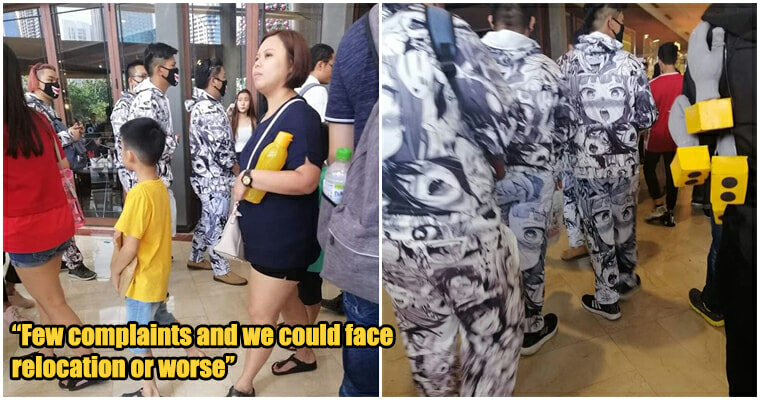 Die-hard anime, comic and game fans around Malaysia must have heard of Comic Fiesta at some time in their likes, and those who have attended crave for it every year. People go there for their own reasons, such as meeting their favourite artists, competing in a gaming tournament, or even just for meeting up with new friends.

However, the community is boiling with anger after some ignorant fans decided to wear ‘ahegao’ full body sweatshirts and jogger pants out of the convention area and displayed them to the public.

A Facebook user and local cosplayer, Louis Dorall, expressed his disappointment with the individuals that were jeopardising the annual event.

🤦‍♂️Why? Why would you wear this outside the convention, in a public mall? What you think is a funny joke between you…

What appeared to be a simple joke among friends could’ve caused trouble for the entire community. Fans around Malaysia get enough judgement from the public as it is, given that they’re labelled as immature or undesirable by some.

However, some people just want to see the rest of the world burn, saying that there was nothing wrong with it and that people just need to chill.

“How can you get triggered by this?”

In the end, Louis is speaking the truth. If you want to ensure the continuity of the annual event, a little bit more consideration would help tremendously.

Also read: Calling All Otakus, Comic Fiesta is Back This 21 & 22 Dec, Here’s How to Get FREE Tickets! 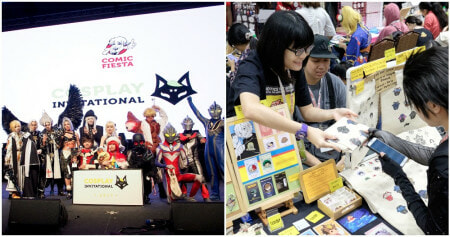