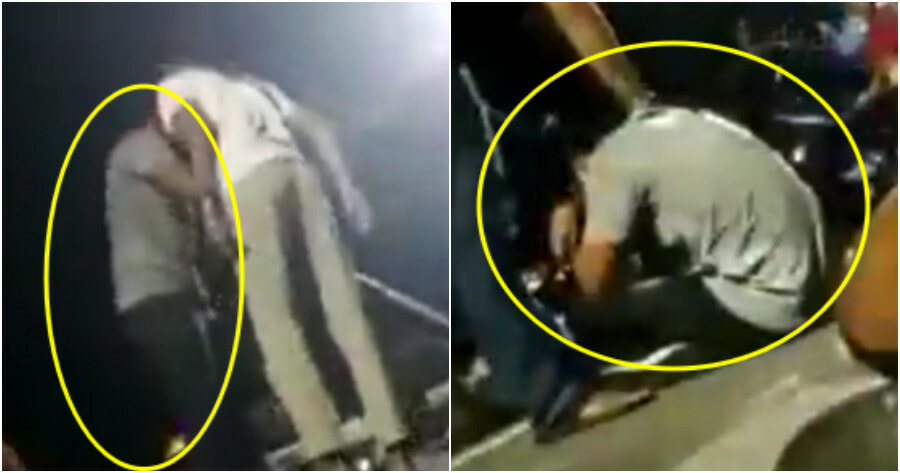 Bullies are not cool in any way. They not only leave the victims in pain physically but also mentally traumatised.

Unfortunately, some bullies are still making themselves feel powerful by taking control of the weak. Recently, a Twitter page known as Malaysia Most Viral shared a 1-minute clip that shows a group of bullies surrounding an OKU with a bicycle. 1 of them slapped the victim after he refused to lend them his bicycle.

After the slap, the victim is seen sitting down on the ground crying while being surrounded by the bullies. Another bully is also heard threatening to kick the victim’s head. You can watch the clip below.

PDRM in Taiping has since responded to the incident and in a media statement released on 7 May, police said they have opened an investigation paper under Section 325 and 506 Penal Code. On the same night around 10:45 pm, police apprehended a 22-year-old who is 1 of the suspects of the bully. 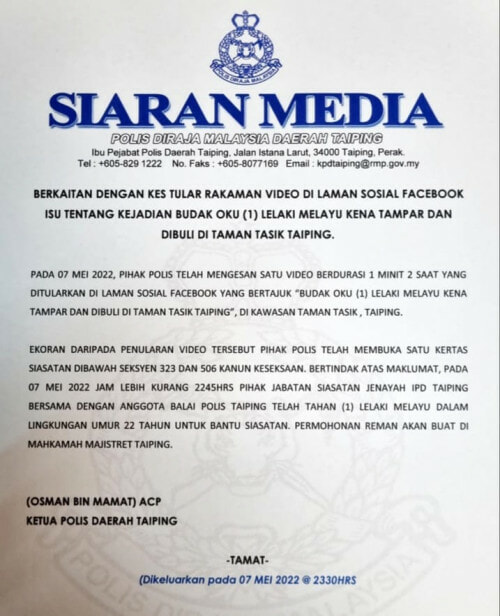 The application for remand will be made in Taiping’s Magistrate Court.

The kid did not deserve that

The video has since circulated online and netizens have expressed their sympathy for the OKU victim. 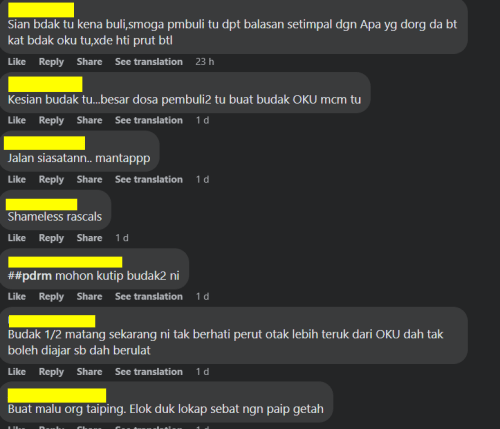 “I feel sorry for the kid who got bullied. I hope the bullies get what they deserved for what they did to the disabled kid. That’s cruel.”

“Pity the kid! It’s such a great sin for the bullies to do so.”

“Immature and cruel. They can’t be taught anymore as their brains have rotted.”

“This is a disgrace to the people in Taiping. Just throw them into the jail and beat them with a rubber hose!”

Bullies are not cool, they are cruel. If you happen to be a victim of a bully, or if you’re a witness to a bully, don’t hesitate to report the incident to the authorities before things get worse.

Also read: Doctor Who Treated Uncle Kentang Turns Out To Be The Little Boy He Protected From Bullies 15 Years Ago 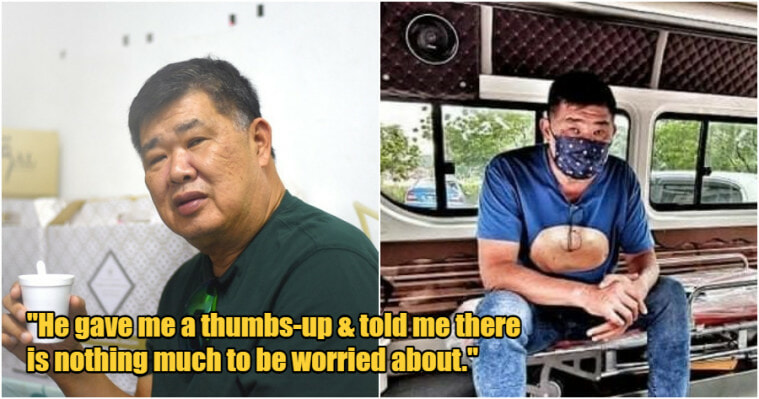