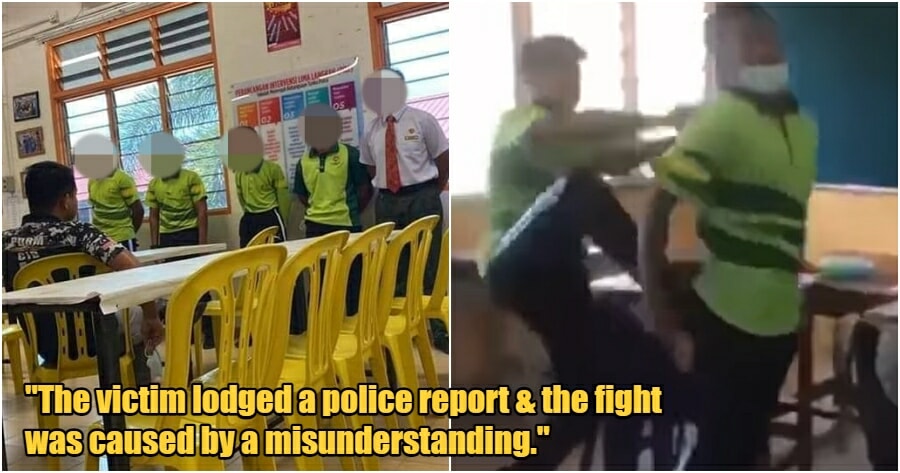 Bullies are never right. It does not only reflect the notorious behaviour of the perpetrator but the act can potentially lead to death and a lot of grief down the line.

Just today (28 April), a video that shows a violent physical fight among a group of high school students in Langkawi has gone viral on social media. Facebook page, Bantal Busuk shared the video where a group of students engaged in a physical fight, which was started with a kick to the back of the victim. Immediately after the kick, the others joined the fight by kicking & punching the victim. 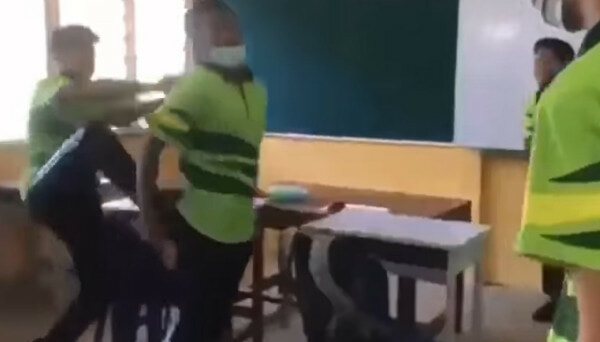 Near the end of the 24-second video, one of the students can be seen throwing a desk onto the victim while the others continuously kicked him. You can watch the full clip below (viewer discretion advised):

In another Facebook post, it is revealed that the students involved in the brawl have been apprehended by PDRM in Langkawi. 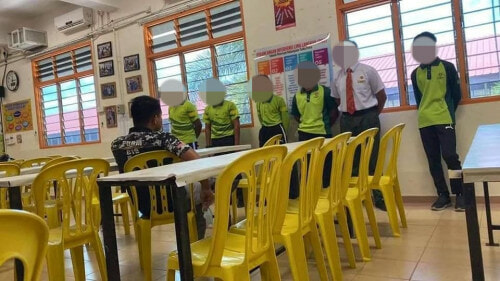 Just this afternoon, PDRM in Langkawi released an official statement regarding the incident. Police have also confirmed that a report was lodged by the 16-year-old victim shortly after the fight.

The fight took place this morning around 9 am. The victim has been sent to the hospital for further treatment and the fight is caused by some misunderstanding among the students. As of now, the matter is being investigated under Section 147 Penal Code. 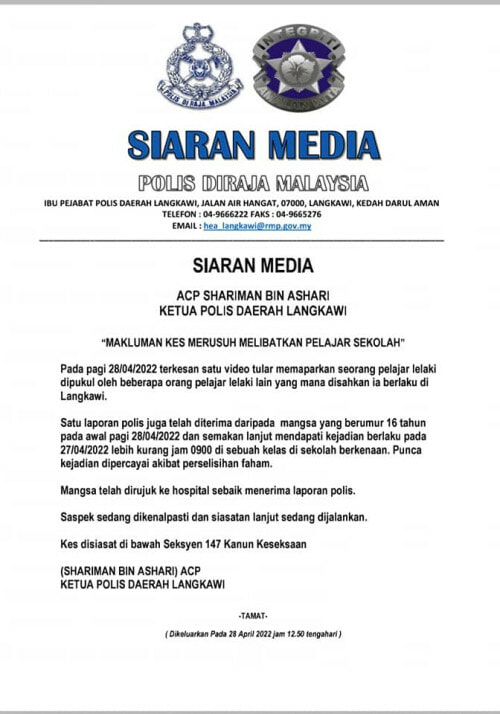 Physical fights will never solve a problem and they will only set a bad example to others. We hope that the victim is doing fine and the perpetrators will learn their lesson. 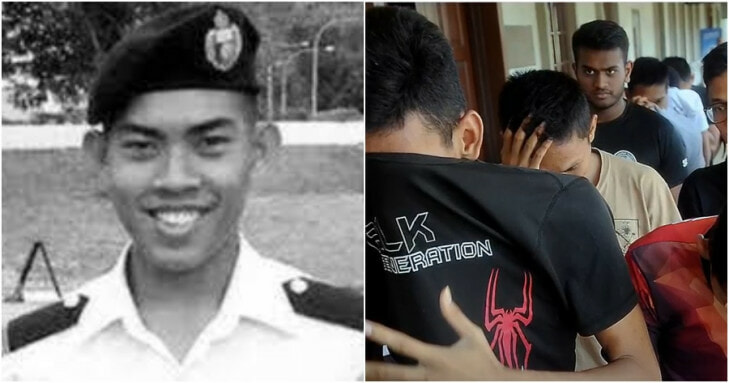