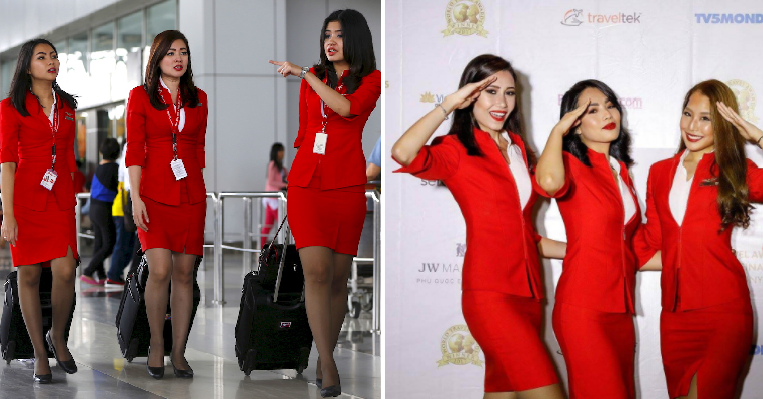 Remember the issue previously when a Malaysian senator made a suggestion that air stewardesses’ uniforms should be Shariah-compliant and how another senator said that his wife “is worried whenever he flies alone on Malindo Airlines or Air Asia?” 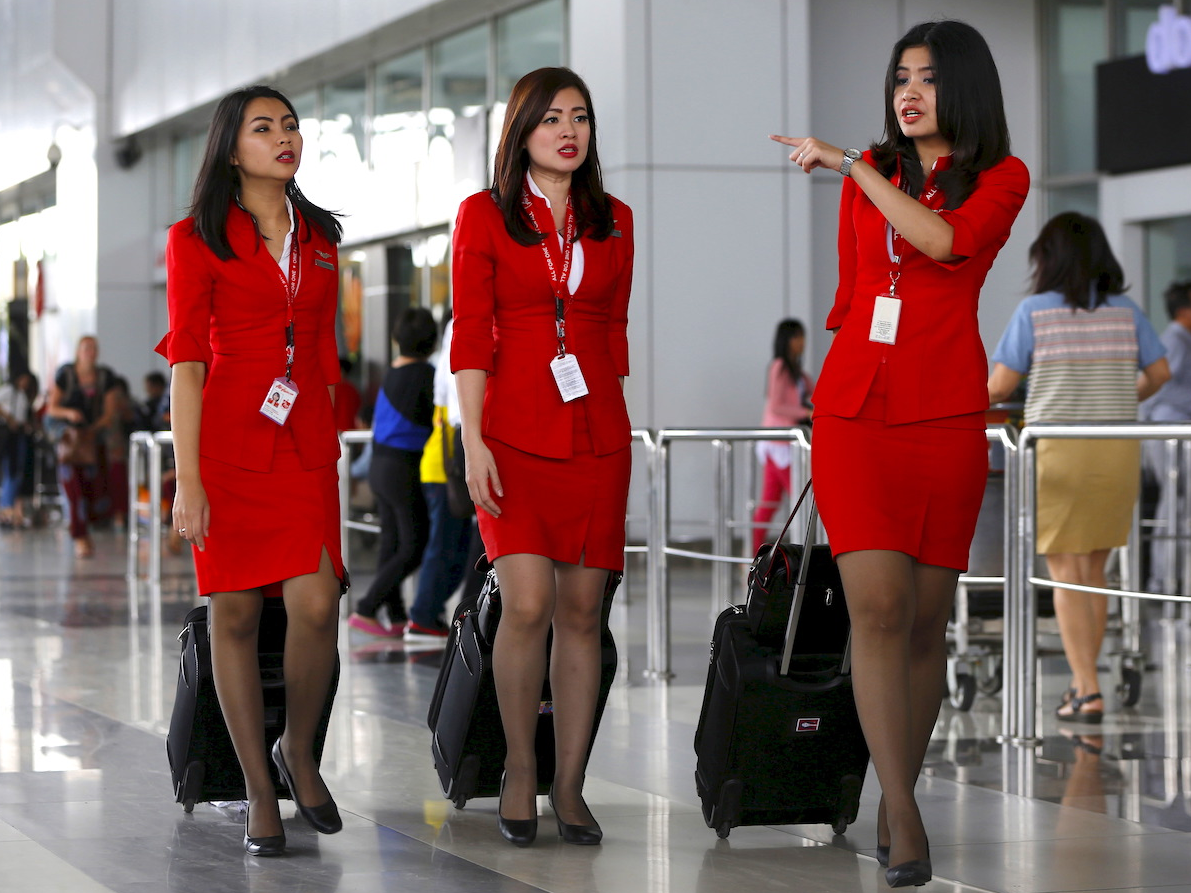 Well, it looks like we now have another person who agrees whole-heartedly with these senators’ statements and no, they are not from Malaysia. Utusan Malaysia reported that Senator Datuk Hanafi Mamat received a letter from a New Zealand citizen, Dr June Robertson.

Apparently, Robertson was so “disgusted and offended” by the uniforms our air stewardesses wear that she couldn’t help but write a letter to the senator. Using snail mail, no less! 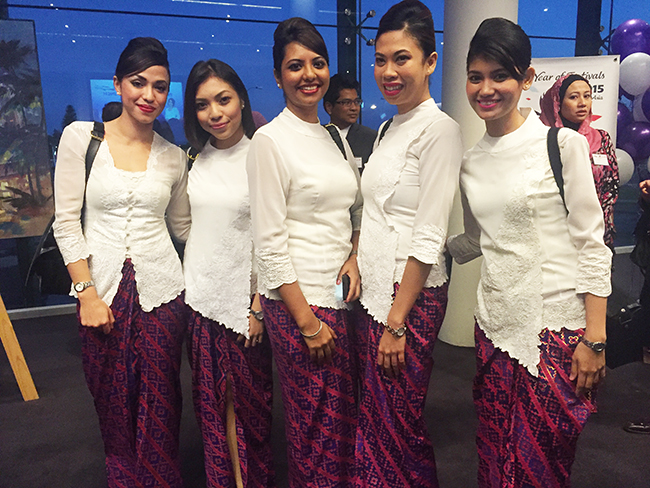 The letter says that Robertson is a frequent visitor to Kuala Lumpur who has been “visiting Malaysia twice a year for 10 years now”. In short, she fully agrees with Mamat and shared an experience she allegedly had when she was taking a flight from Auckland to Kuala Lumpur in October 2017.

In her letter, Robertson said, “The air stewardess serving us in the premium business class seats had her blouse opened and I could see the top of her breasts. I objected and asked her to close her jacket as she was bending over us. One of the things we like about Malaysia is the fact that your women do not dress like prostitutes and the people are very respectful of others.” 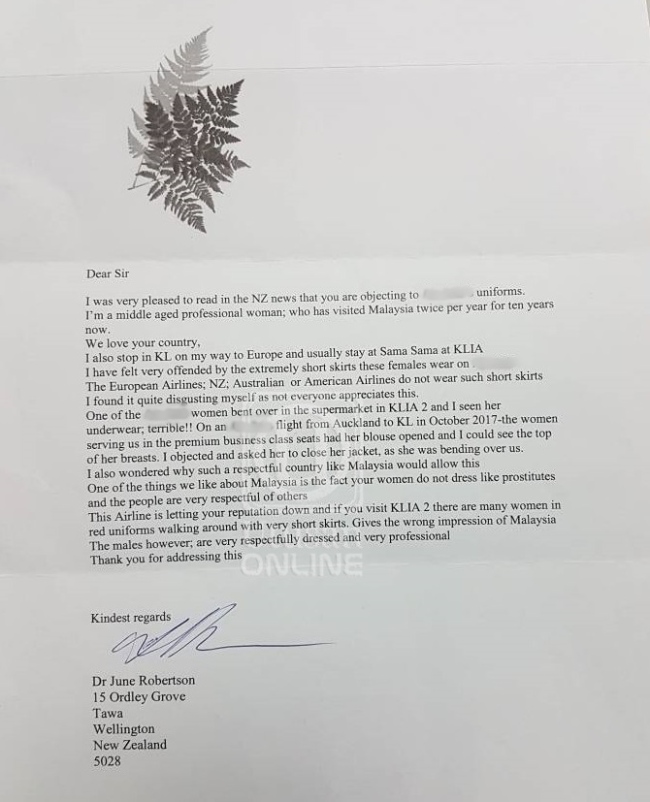 This letter had some mixed reactions from Malaysians as some suspected that the letter might be fake, as there were a number of grammatical and punctuation errors in it. Or maybe her English just isn’t the best? Read the letter for yourself and be the judge! Meanwhile, some netizens also commented that we should not bother about the air stewardesses’ uniforms and leave them alone. 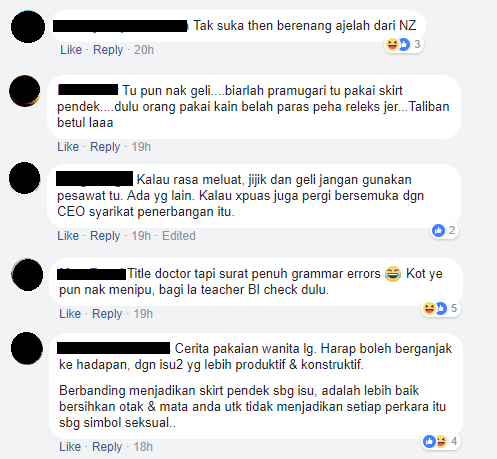 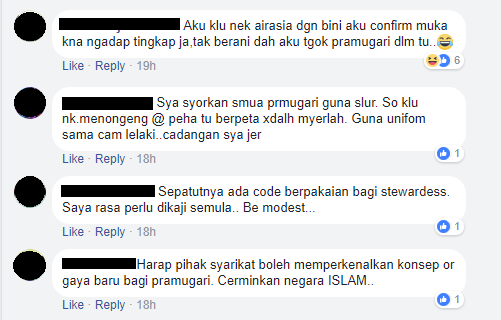 A few others agreed with her opinions saying that if they were on a flight with their wives, they would not dare to look at the air stewardesses. Sounds like the same problem the other senator is having!

What do you think about this letter?

Also read: “My Wife is Worried Whenever I Fly Alone on Malindo or AirAsia,” Says Senator 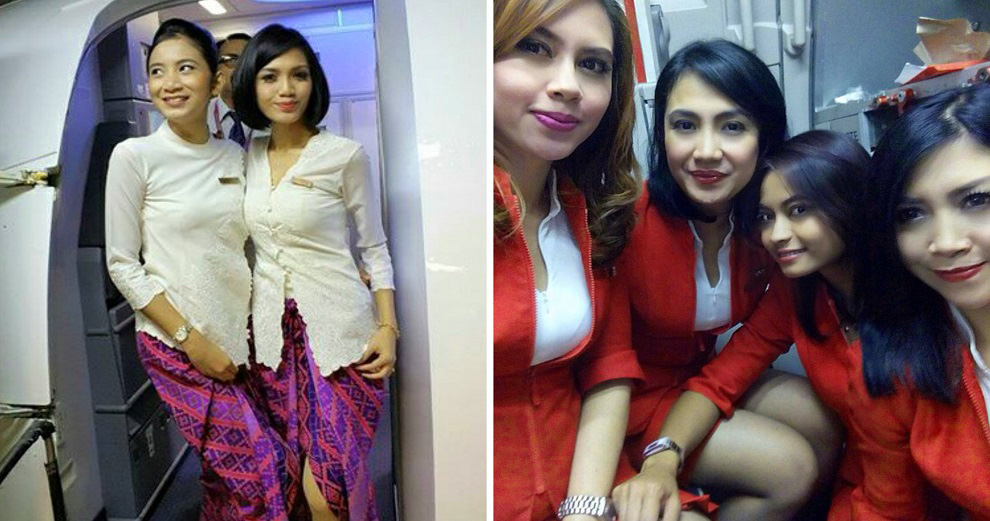