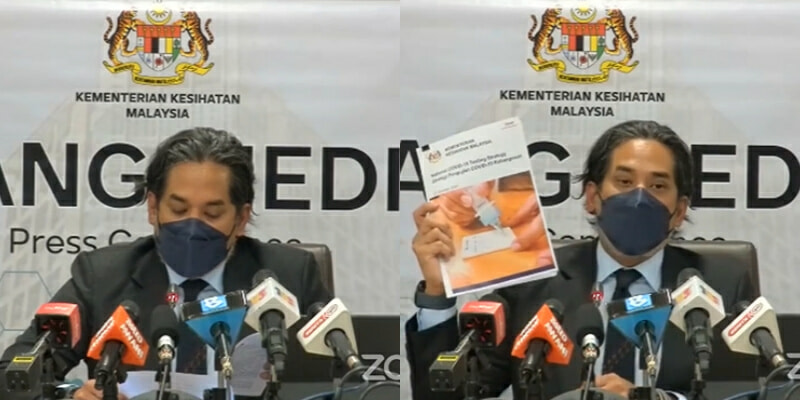 As the state of Melaka gears up for the state elections, the Health Ministry has issued a bad on political gatherings.

Making the announcement via mass and social media, the ban is set to come into action from 25 October 2021 to 27 November 2021, amid Covid-19 concerns. 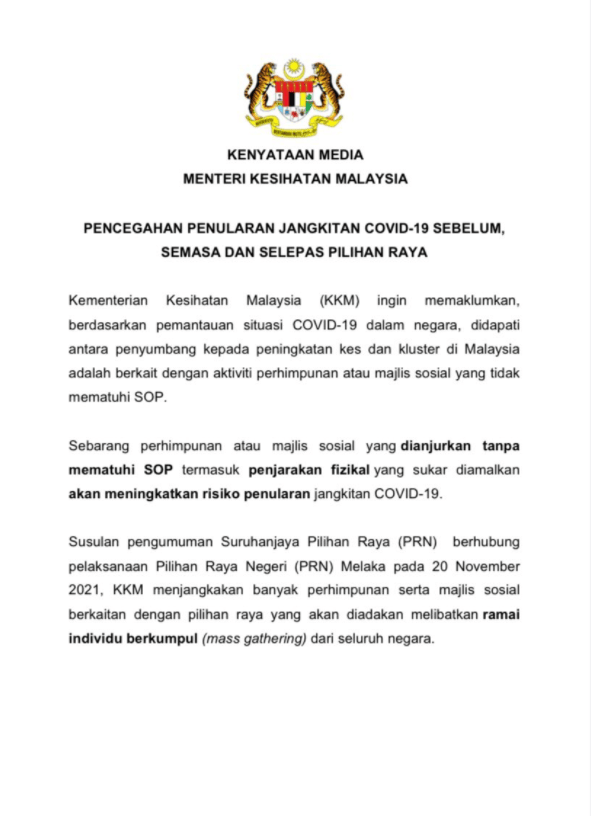 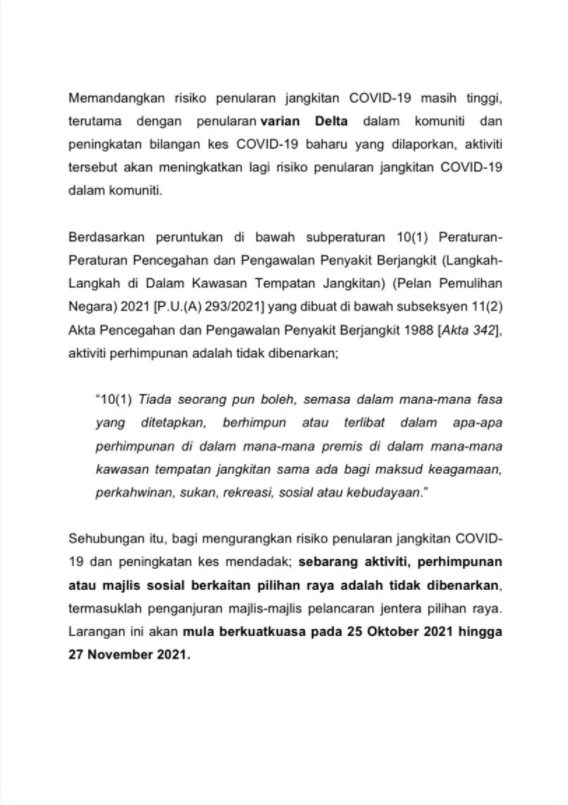 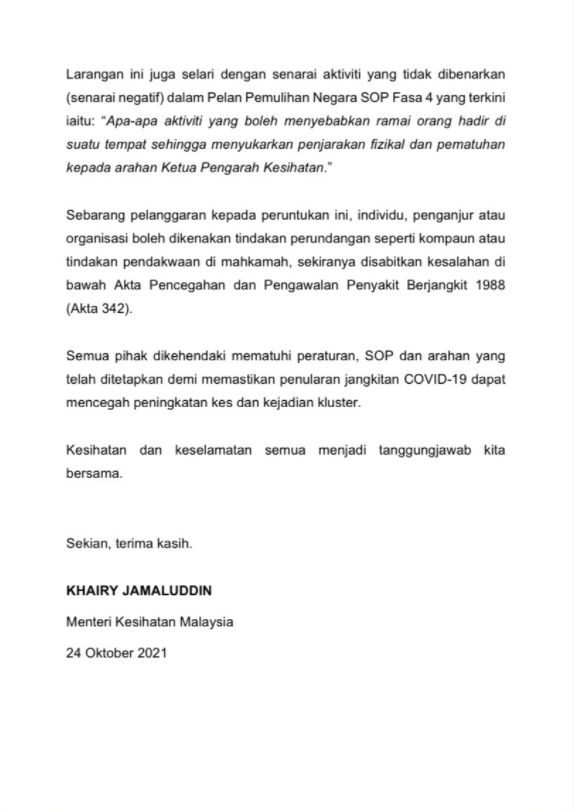 In his official statement, Health Minister Khairy Jamaluddin writes, “Standard operating procedures (SOPs) for the state election will only take effect during the campaigning period from 8 November 2021.”

“The ministry is concerned that there will be a number of public gatherings taking place before election day.”

“As Melaka is in Phase 4, provisions state that mass gatherings are allowed according to the National Security Council’s SOPs but as can be seen by recent gatherings, political parties (including mine) cannot observe SOPs.”

“In interest of public health, all political gatherings are not allowed.” 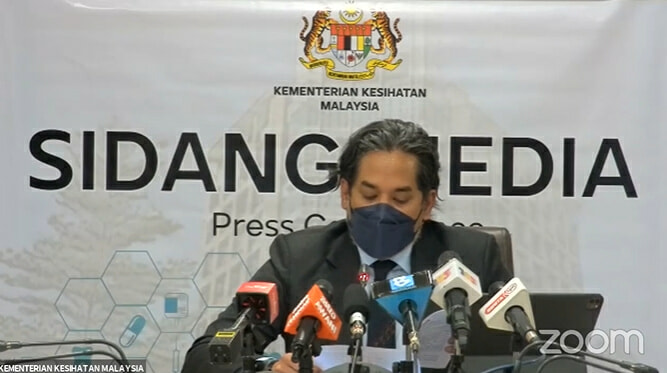 The ban is made under the Prevention and Control of Infectious Disease Act 1988 (Act 342), where there should not be any mass gatherings of people under any phase of the National Recovery Plan (NRP).

“Individuals, organisers or organisations can be subject to compounds or prosecution in court if they are found guilty of committing offences under Act 342.”

Also read: Chew Wei Lun Is A Paralympic Medalist, But Here’s What You Should Know About His Inspiring Journey 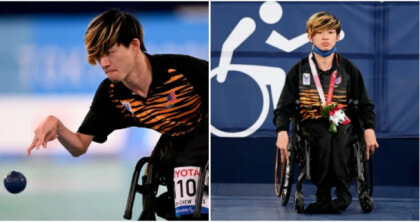