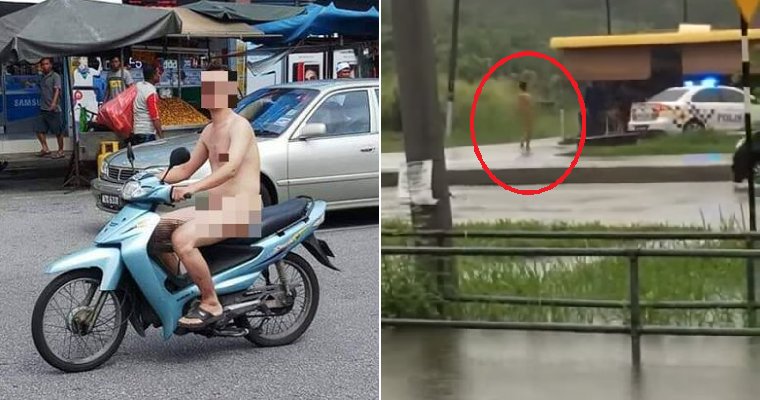 This is certainly a sight that is rarely seen in Malaysia! An unidentified man went viral on social media yesterday, January 5, when he was spotted riding a motorcycle in the nude. Yes, really! 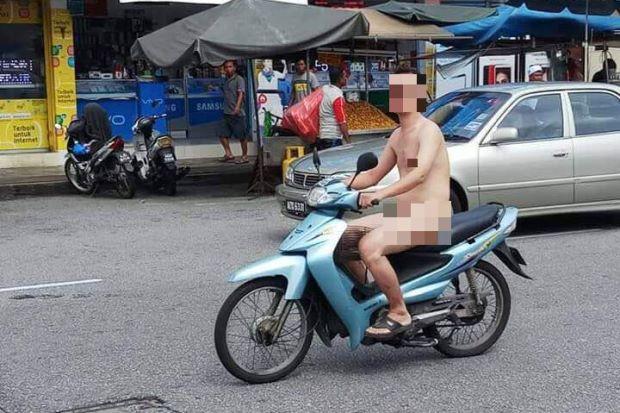 According to MMO, the man was reportedly only wearing slippers and without a stitch on his body, he cruised along Jalan Pasar in Teluk Intan in the afternoon. He seemed oblivious to the stares of other motorists and passersby as he rode down the road.

Several videos of the man circulated on social media, which prompted netizens to leave comments such as “Is Teluk Intan very hot?”, “Someone wants to be famous”, and “He must have forgotten to wear pants”. There were also some speculations about the man’s mental health. 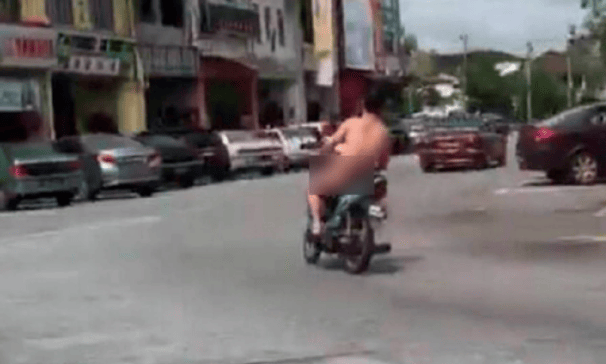 Previously, Hilir Perak OCPD Asst Comm Mohd Marzhuki Mohd Mokhtar said that they had not received any reports about the man but would be investigating the matter.

Later, authorities apparently found the man and he was stopped by a police car at about 6pm on the same day, based on a report by China Press. The video shows the man, strolling in the heavy rain and not even panicking when a police cruiser appeared. Poor fellow! The video also shows him walking casually over to the police cruiser that was parked in front as if nothing is wrong. 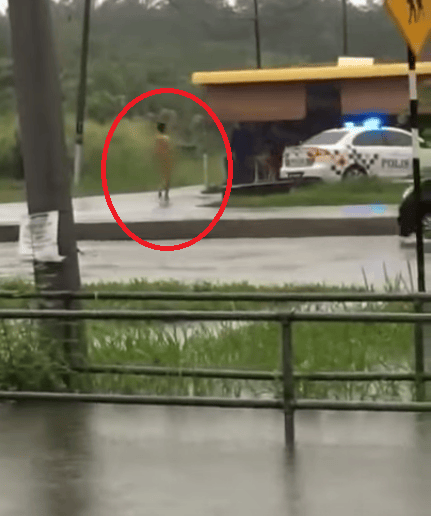 While the video did not show the police actually arresting the man, it is believed that they have detained him for further investigation. Latest updates have confirmed that he is mentally unsound and has been brought to the hospital for treatment.

Well, that must certainly be an interesting sight for the people of Teluk Intan! We’re glad the man is getting the help he needs. 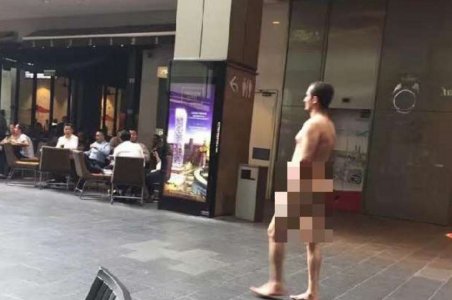