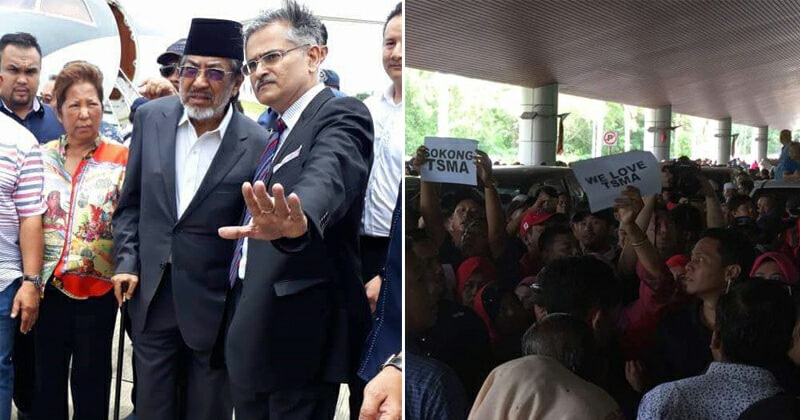 Tan Sri Musa Aman has finally returned to Sabah after being away for 112 days! 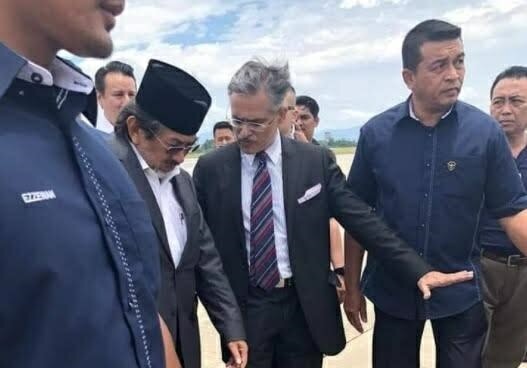 Tan Sri Musa arrived at the Kota Kinabalu International Airport (KKIA) at about 12:30pm and was greeted by an estimated 1,500 people who had gathered there earlier today (5 Sept) to welcome the arrival of the former Sabah chief minister, as reported by The Star.

According to the Malay Mail and NST, the crowd, mostly dressed in red shirts or red headscarves, started to gather at the airport since 8am. Security at the airport was tight as blockades were set up at the airport entrance to prevent the crowd from entering the terminal. Besides, there were units of police personnel, armed with M16 machine guns, guarding the road outside the airport lobby.

Sabah Umno Wanita chief Datuk Jainab Ahmad Ayid was one of the supporters at the airport.

“As a former assemblyman and minister (in the previous Sabah state government), I am here to show my support,” she said. 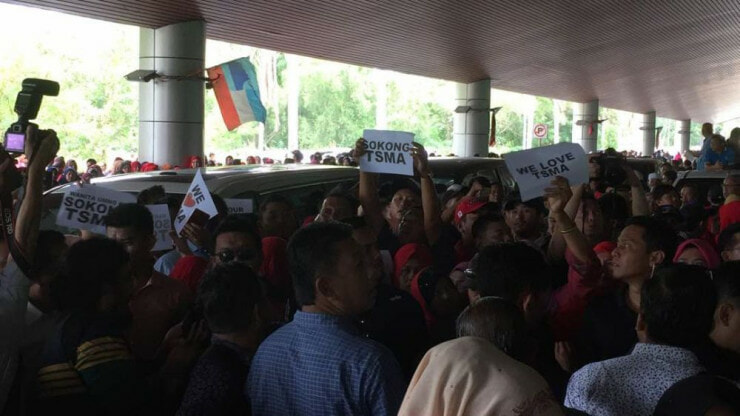 Another supporter by the name of Masnah Mohamad said she came with her entire family to greet Tan Sri Musa.

“We heard he was coming home yesterday and really wanted to see him today. Insyaallah, we get to see him,” she added.

The supporters were seen holding up papers, some written with hearts in red ink “Sokong TSMA” and “We love TSMA”. They were also loudly chanting “Hidup Tan Sri” (“Long live Tan Sri”) to show their support towards Tan Sri Musa. Check out the video below:

Tan Sri Musa, who left Sabah on 14 May, had been receiving treatment for a heart condition at a hospital in London before coming back to Malaysia to continue the treatment at a private hospital in Subang Jaya, as stated in Berita Harian.

Looks like his fans really do care for him by showing up for his homecoming! 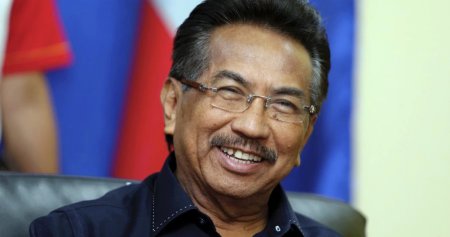