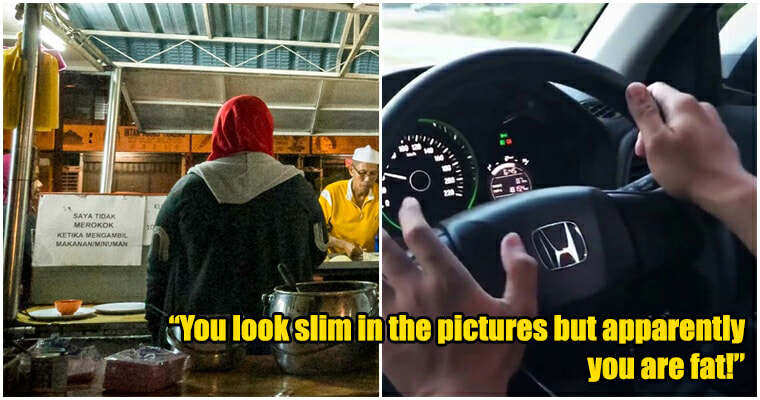 What is the most common first date routine?

Most probably you would meet up at a location, then maybe grab a meal together and if things go well, you can watch a movie or do some simple window shopping.

That is the common first date for sure and although some people have different preferences, the experience that this girl had on her first date was simply horrible.

An anonymous Instagram user shared screenshots of a girls’ confession about her awful first date experience. And by awful, we mean downright disgraceful.

According to the girl, she and the boy had first known each other through Twitter when they exchanged phone numbers and continued to communicate through Whatsapp. They had been contacting each other for five months when one day the guy requested a date.

“After the request, he started to send me dirty words. I was weirded out by this, but then again maybe he was simply joking around.”

“So I agreed to the date, and he said that he would come and pick me up.”

Now buckle up, cause the ride is going to get bumpier from here.

When the guy arrived, he started to call the girl numerous times, asking for her whereabouts when actually she was right in front of the car. The man probably didn’t think that it was her. 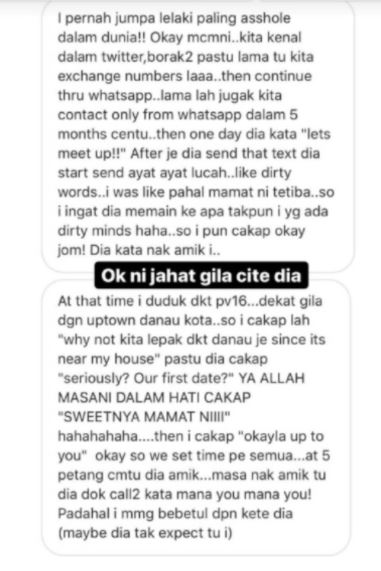 When the girl had finally made it into the car, the trip afterwards became extremely quiet.

“He was silent the whole time so that muted me. I thought that maybe he was shy.” 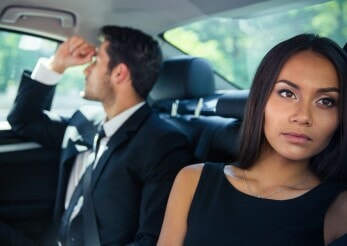 Suddenly they pulled over at a mamak restaurant and the guy said, “Can you wait here for a bit? I need to buy some roti canai.”

Uhmm… okay, but for what?

And so he did, but when he got back into the car, he waited for around 5 minutes before saying, “Can you go and pick up the roti canai?”

Hence, without thinking much, she did exactly what he asked.

Unexpectedly, a random man called out to her saying that she dropped her bag.

“I turned to check and discovered my bag on the floor.” And her date was nowhere to be found. 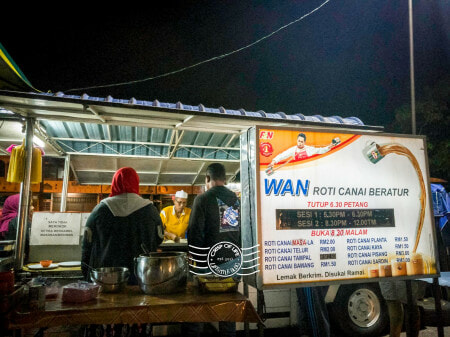 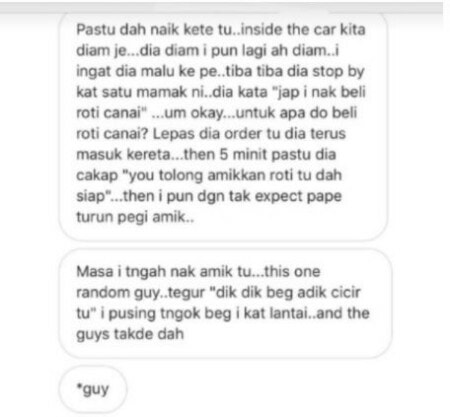 “In that situation, my mind turned blank. Because no one had ever done this to me before.”

So she sat at the restaurant for a while with the roti canai in her hand, not knowing what to do with it. When she tried to call him, he wouldn’t pick up, but he sent her a message instead.

“I am so sorry, you look thin in your pictures but apparently you’re fat… Hahahaha..”

“Was it fun to be left behind?” 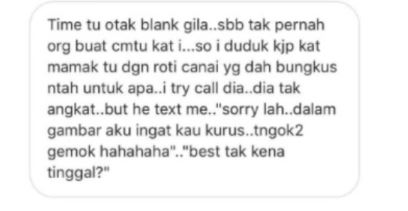 “I was heartbroken, hurt to the core. I thought to myself, what could I have done wrong to be mistreated this way? I was so super down that I felt like crying.”

The girl ended by saying, “He was the evilest man I have ever encountered in my life!”

She also added that it could’ve been less painful if he told her that he wasn’t interested in the first place before she got into the car. 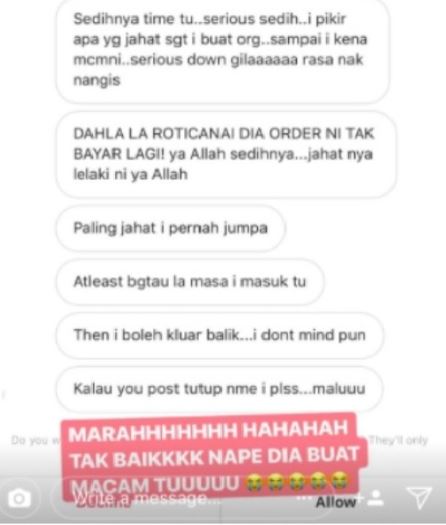 Be it men or women, partners should not be treated as an accessory! The girl was lucky that he exposed his rotten attitude before any feelings could be involved.

Also read: 55yo Woman Fakes Pregnancy & Kidnaps Own Grandson so that New Boyfriend Won’t Leave Her 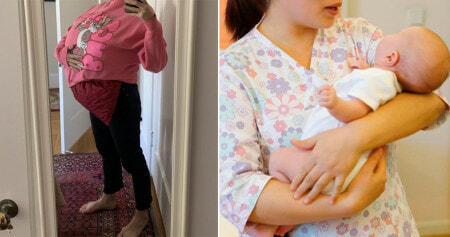