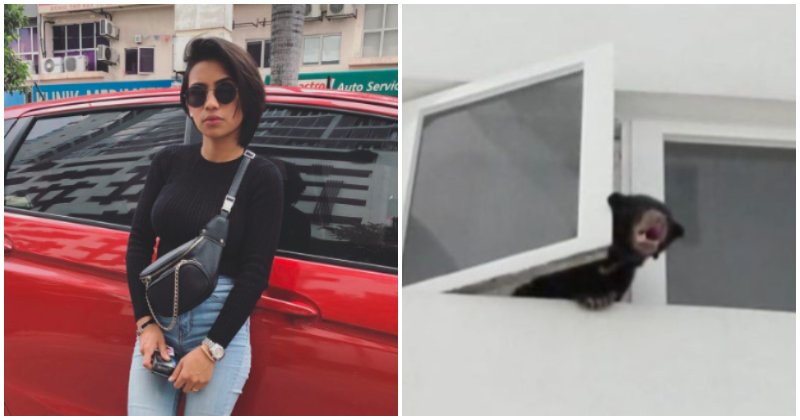 Singer Zarith Sofia Yasim, who was charged for keeping an endangered sun bear, has taken to Instagram to express her remorse over the situation.

In a now viral posting, Zarith (@oohhpiaa) shared on how she had no intention of hurting the animal but instead wanted to protect it, adding that she expects to meet the bear (whom she affectionately calls Bruno) again someday.

She went on to further explain that she’s never a person to be up early but she treated Bruno like her own baby before thanking the general public for their advice and apologising for her actions.

Unfortunately for her though, the Malaysians that she thanked were clearly not done excoriating her yet. Upon reading her apology, netizens quickly started pointing out that if she really were to have treated the bear like her own baby, she would not have had it caged up and starved it for days until the poor bear had to try to climb out the bathroom window.

They added that if she saw the bear as her own baby, she would not have left it alone in the first place.

This comment reads, “Playing the victim. If it’s like a baby why would you leave it behind for 2 days until it’s climbing out the bathroom window out of hunger. Luckily it’s a bear that can at least rummage through the fridge and drink water from the toilet. If it was really a baby, it would have been dried up and dead without its mother by its side. Is she mental?”

Netizens also pinpointed that she should have immediately handed the bear over to the rightful authorities after realising that it wasn’t a dog.

This one goes, “This animal is endangered and cannot be kept as a pet unless you have a license for it. Now you are caught, it’s a huge offence.”

This comment reads, “You’re keeping an animal that’s close to extinction, of course it’s wrong. This country has laws.”

Some even suspected that the singer was using the entire situation as a publicity stunt considering she’s not exactly famous.

This one goes, “Cheap publicity, are you not ashamed of taking advantage of the bear’s popularity?”

Many more, on the other hand, are still baffled by the fact that she couldn’t differentiate a bear from a dog.

This comment reads, “Can’t even differentiate between a dog and bear, so pitiful. Excuses that don’t make sense.”

This one goes, “No way can’t you tell if it’s a bear or a dog during the rescue, totally different. Please la.”

Either way, the baby bear is now safely with the Department of Wildlife and National Parks Peninsular Malaysia (PERHILITAN) and away from singer. 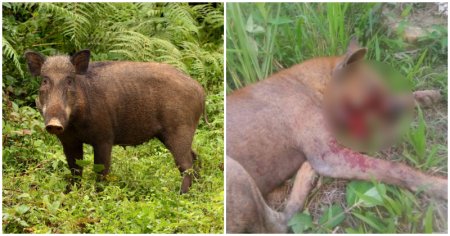