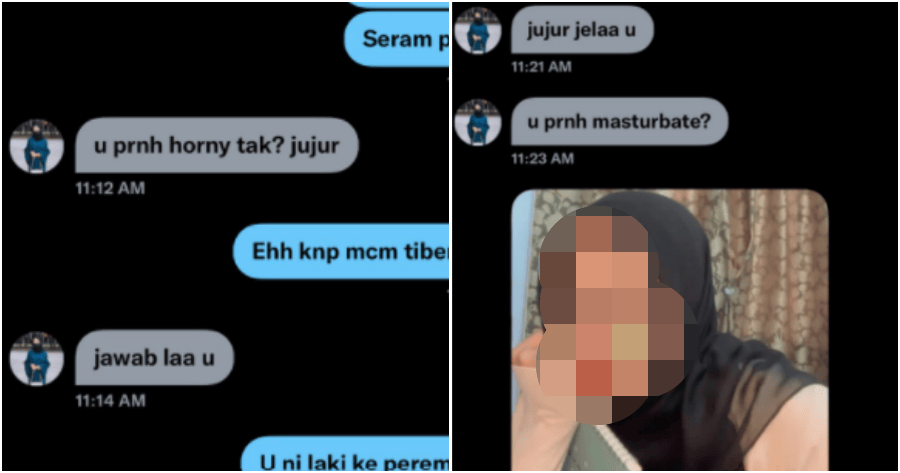 Sexual harassment in our country seems to be taking place almost on a daily basis, with more and more women opening up about their nightmarish experiences on social media.

Recently, a Twitter user, Yana shared her own experience of being sexually harassed by a stranger through a fake account on Twitter. The stranger also uses an image of a woman as his profile picture. 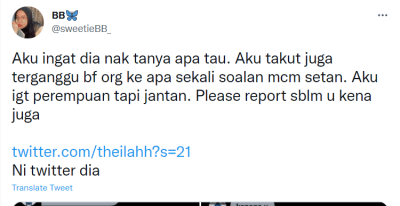 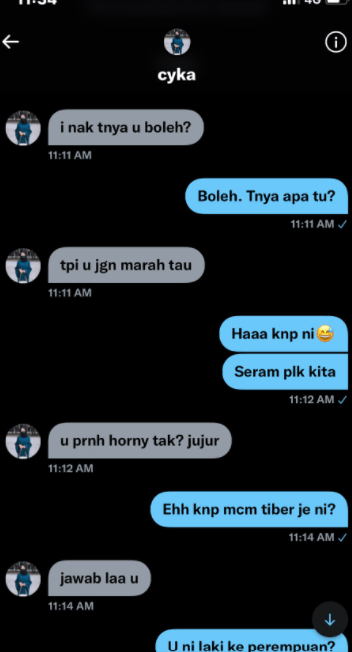 “Have you ever masturbated?” the stranger continued asking. 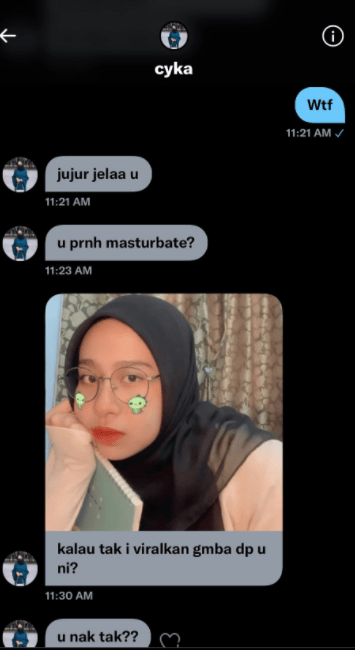 Yana did not reply to the texts but what came next was shocking, as the stranger threatened to spread her picture if she continued to ignore the questions. The stranger even asked if she has no dignity!

Speaking to WORLD OF BUZZ, Yana revealed that she immediately blocked the stranger following the incident as she did not want the series of questioning to go on. Prior to that, the stranger managed to casually send a photo of his private part to Yana, which she did not upload the screenshot onto her tweet.

The stranger claimed that if Yana has dignity, she would have stopped him from spreading her photos online.

She also revealed that looking through the stranger’s fake account, he has been spreading photos of multiple women without their consent! After finding out about the nature of the fake account, she also urged the people to report the account before the same thing happens to other women.

At the time of writing, the fake account has been suspended for violating the rules and regulations of Twitter.

Sexual harassment, be it on social media or in real life, is not something new and has led to emotional trauma on the victims. If you’re one of the victims or happen to know anyone who has fallen victim to the perpetrators, do report it immediately!

Also read: KL Woman Shares How She Was Almost ‘Kidnapped’ TWICE By The Same Stranger Asking For Directions 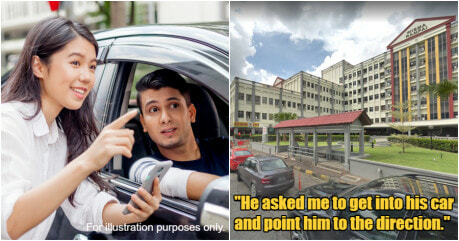