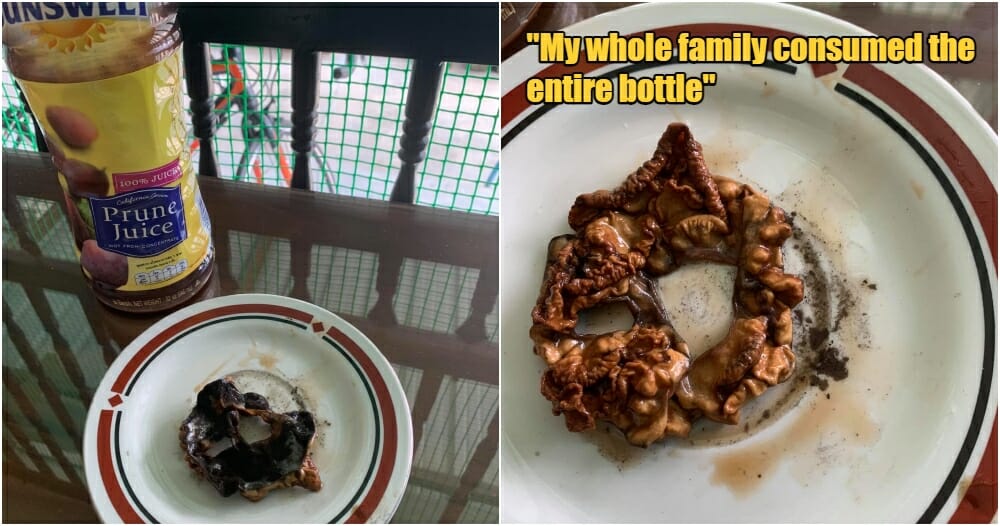 On 15 June, a Facebook user, Joel Verghese, took to his Facebook to share an incident that occurred to his family after purchasing a bottle of Sunsweet prune juice a month ago.

According to Joel, he purchased a bottle of juice a month ago from a named pharmacy in Seremban. His family drank the juice gradually over the weekend till it was completely finished.

On Tuesday afternoon, his mother was pouring out the last bit of juice left to drink when she realized there was something odd at the bottom of the bottle. 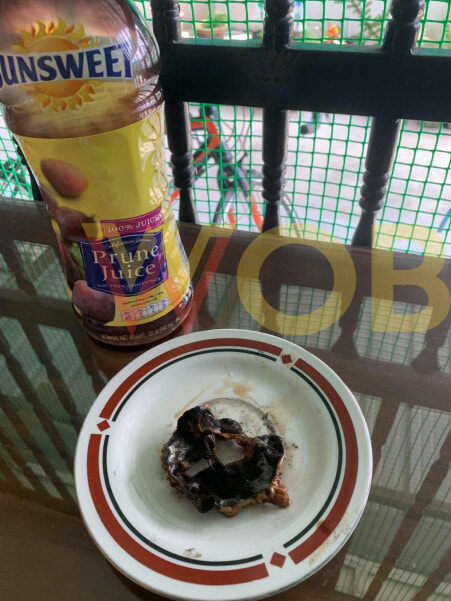 “She pulled it out of the bottle thinking it was probably residue from the prunes. But, once she pulled it out, she realized it didn’t look anything like a prune or a fruit,” Joel exclusively told WORLD OF BUZZ.

“It is rubbery, looks burnt on one side and wrinkly. To describe it simply, it is weird and disgusting,” he added. 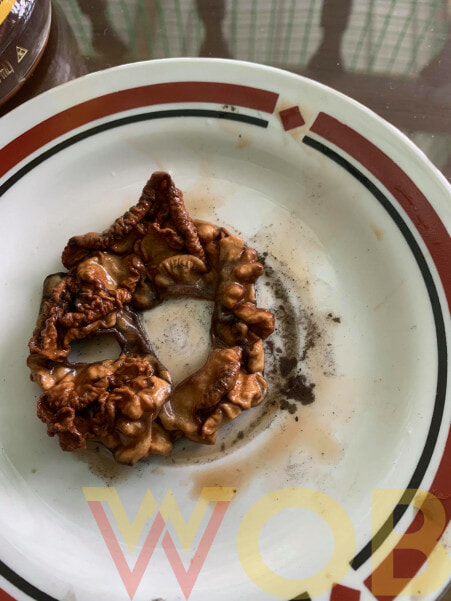 Joel also provided pictures to prove that the bottle of juice he purchased did not reach its expiry date.

Thankfully, no one from Joel’s family fell sick or was affected after consuming the entire bottle of juice. However, as a customer, Joel was truly disappointed and decided to reach out to Sunsweet Malaysia for an explanation. 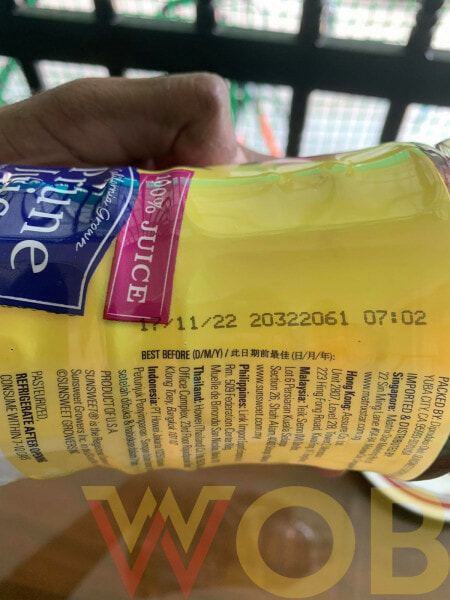 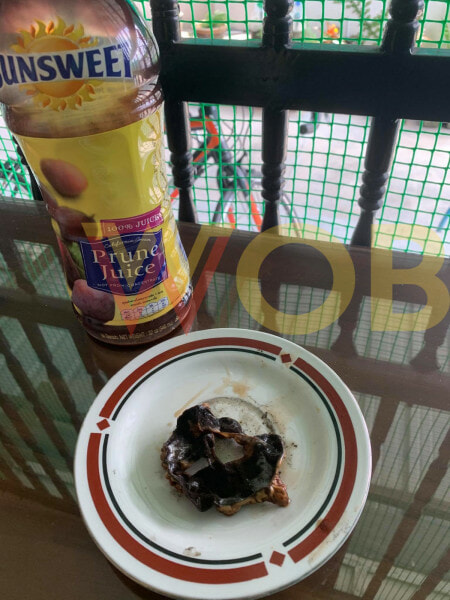 “They replied me then went silent”

Joel decided not to jump the gun and reach out to Sunsweet Malaysia via Facebook for an explanation first.

“To clarify this, I reached out to Sunsweet Malaysia (25 May) via Facebook and sent them the pictures explaining what had happened. I wanted some clarification as to what my family has consumed and how it happened from their end,” Joel explained in his post. 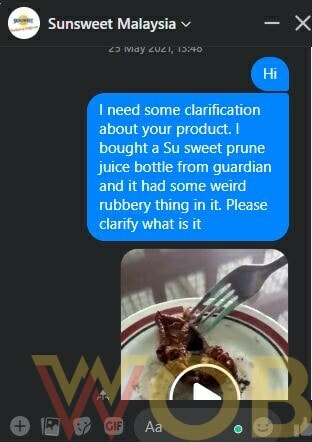 Two days later, 27 May, Sunsweet Malaysia responded to Joel by apologising for the negative experience and said to provide them with his contact details so that they could investigate the case further. 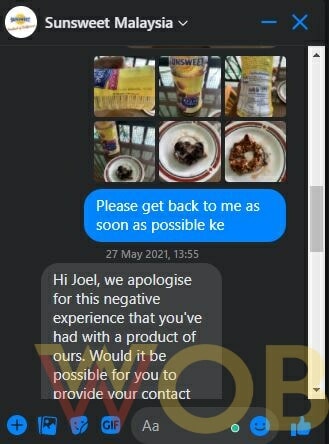 However, almost a week later, Joel did not receive any updates with regard to his complaint. Joel decided to reach out to them again, but unfortunately, there was still no response.

After another week went by, Joel informed them (7 June) that he would escalate the matter if they refuse to respond. Joel then reached out to WORLD OF BUZZ to share his exclusive story. Till today, 16 June, Joel said he still has not received a response. Hence, he brought the matter up publicly. 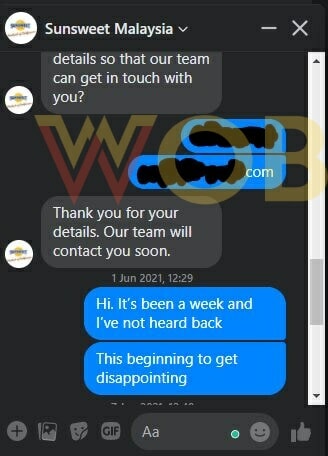 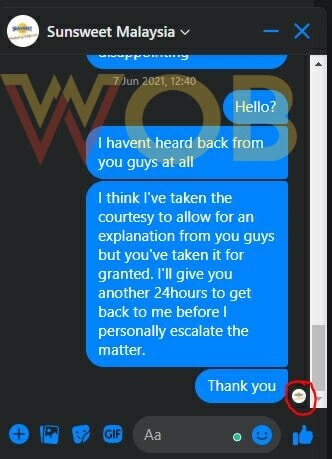 “These things happen in a production line, I understand.”

Joel exclusively told WORLD OF BUZZ that he has been patient and understands that mistakes do happen.

“I understand that sometimes these things happen in a production line, although it’s not alright, I can understand that it happens. That’s why we decided to message Sunsweet first and get a clarification from them instead of taking things public.

It was just about getting an explanation but how they ghosted me after is what I can’t accept,” he said.

WORLD OF BUZZ has reached out to Sunsweet Malaysia for a comment in regards to Joel’s complaint but is still waiting for a response.

UPDATE: Since the posting, Sunsweet has gotten back to WORLD OF BUZZ and gave us an exclusive response: 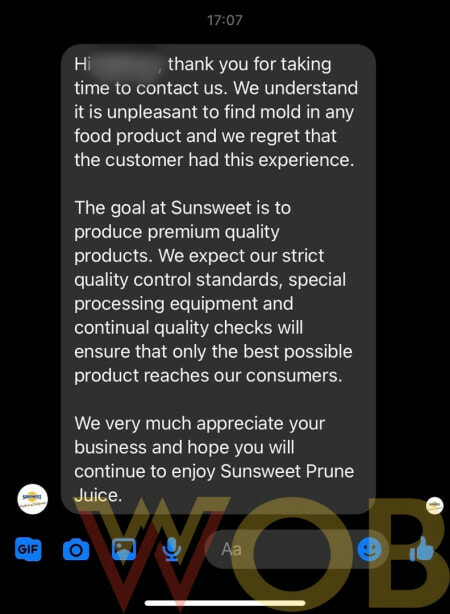 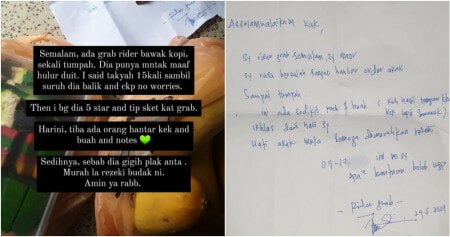