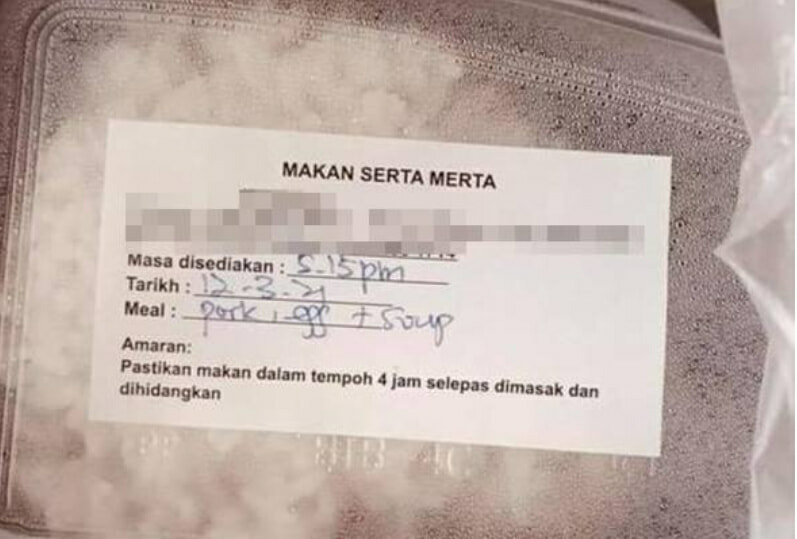 One individual went on social media sharing her experience of being served pork despite stating that she was vegan before arriving at the facility for quarantine.

Sharing her experience in Facebook Group Malaysia Quarantine Support Group (MQSG), here is what she had to say.

“I am under quarantine at a hotel in Ipoh and during the check-in at the airport, I was asked as to whether or not I am a vegan.”

“The food on offer was awful so I opted to not eat it and just order something for myself.” 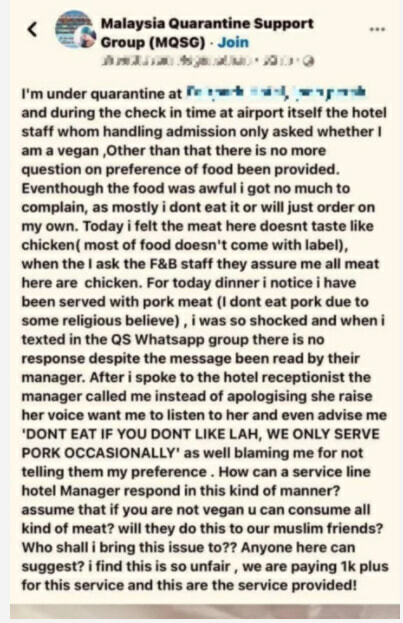 “Today, the meal I ate did not taste like chicken, and I could not find out what it was as most do not come with a label. The staff assured me that all meats served were chicken.”

“For today’s dinner I noticed that I was served pork, and since I cannot eat pork, I was shocked.”

“I texted the Whatsapp group and did not get a response.”

Wanting to resolve the matter, the individual reached out to the hotel receptionist. 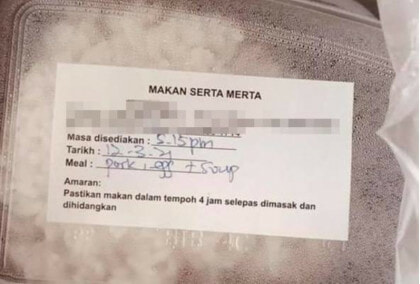 “The manager called me back and instead of apologising, she raised her voice, advising me ‘DON’T EAT IF YOU DON’T LIKE LAH, WE ONLY SERVE PORK OCCASIONALLY’ and blamed me for not telling them my preference.”

“We paid RM1k for this service and this is what we get?”

Looking into the matter, District Police Chief Assistant Commissioner A. Asmadi Abdul Aziz said that the police were made aware of the issue but have yet to receive any reports on the allegation.

He adds that the hotel in question has two separate contractors to prepare food, taking into account halal and non-halal preferred food items.

Let’s not make further allegations on the matter and allow the authorities to carry out their investigation. 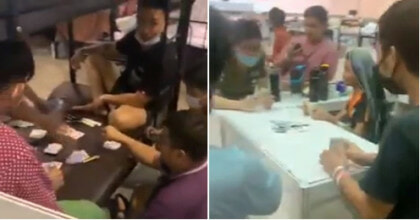