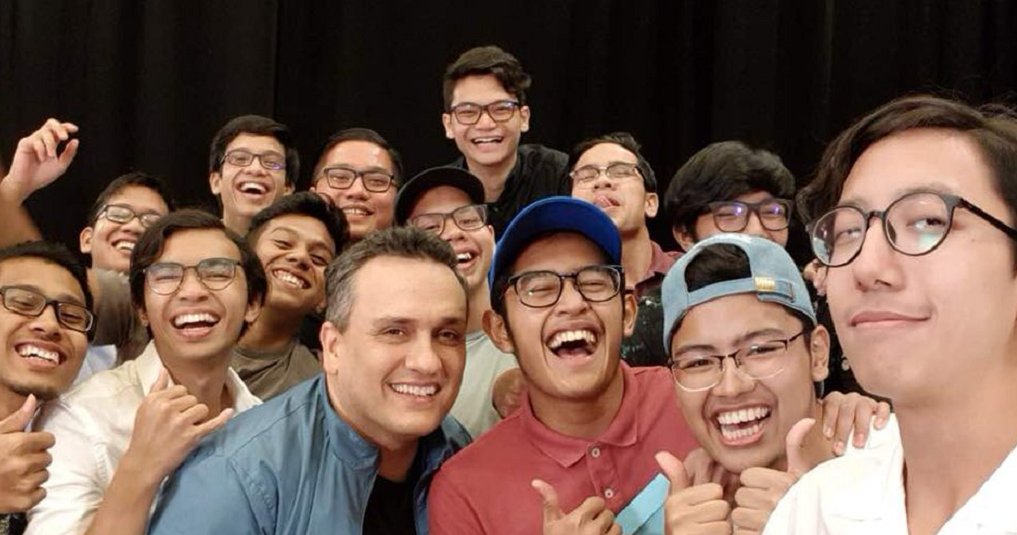 Remember the local students who became famous for their Avengers parody that they did for their English project?

Well, here’s a little flashback to help you recall these legends.

A couple months ago, Aiman Sany uploaded a parody video of the Avengers: Infinity War trailer put together by him and his gang on Twitter. Since then, the two-minute video had blown up on the internet and eventually caught the attention of the Russo Brothers, the directors of the blockbuster movie, who also jokingly invited them to direct Avengers 5!

Here, you can refresh your memory by watching the hilarious parody below;

At the time of writing, the RM3-budget video had been watched for over 3.5 million times. That’s a lot of views!

Therefore, to honour their brilliant comedic take on Avengers: Infinity War’s trailer, Vocket reported that the boys were invited to Singapore during the Avengers press conference for an interview session with the media there. Or so they thought… 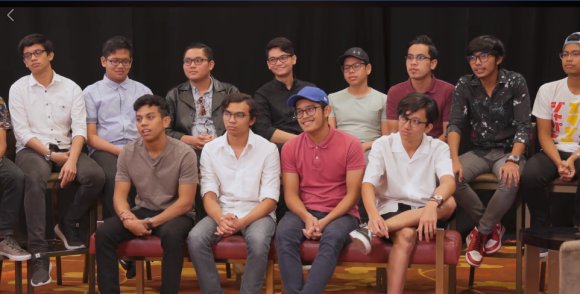 Little did they know that they were the ones going to be interviewed by Joe Russo, the man behind the Avengers: Infinity Wars movie, himself!

The video showed Joe creeping behind the boys (to surprise them of course!) when they were talking to the behind-the-scenes crew. Needless to say, the boys were shocked and delighted to see Joe at last.

In the interview that lasted for about a minute or two, Joe decided to ask some crucial questions regarding the making of the video.

One of his very first questions was, “Who’s the brains behind this?”

“The ideas were mainly from my friend here, Ammarul,” answered Aiman who co-directed the video.

He then asked about the duration they took to make the parody video.

“It took us exactly four days and one night of editing,” said Aiman. Wow!

Towards the end of the interview, Joe couldn’t stop singing the video praises after one of them asked what was his initial reaction after watching the video.

In the end, before taking a selfie with the boys, Joe jokingly asked if they would do another parody of Avengers 4, and they said they’ll think about it!

Though we’d love to see more, we get it… college is hectic!

It’s no doubt that the boys certainly had a blast seeing the man himself IRL and they deserved the opportunity too because that video was pure genius if you ask us!

If you’d like to watch the full video of the Kolej Mara Seremban boys being interviewed by director Joe Russo, you can watch it below;

Tbh, I don’t know how they kept their cool the whole time because I would have been too stunned to ask or answer any questions! 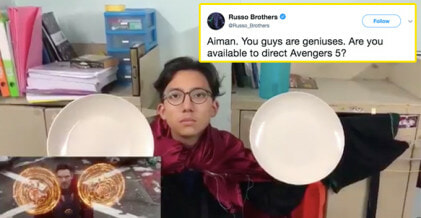