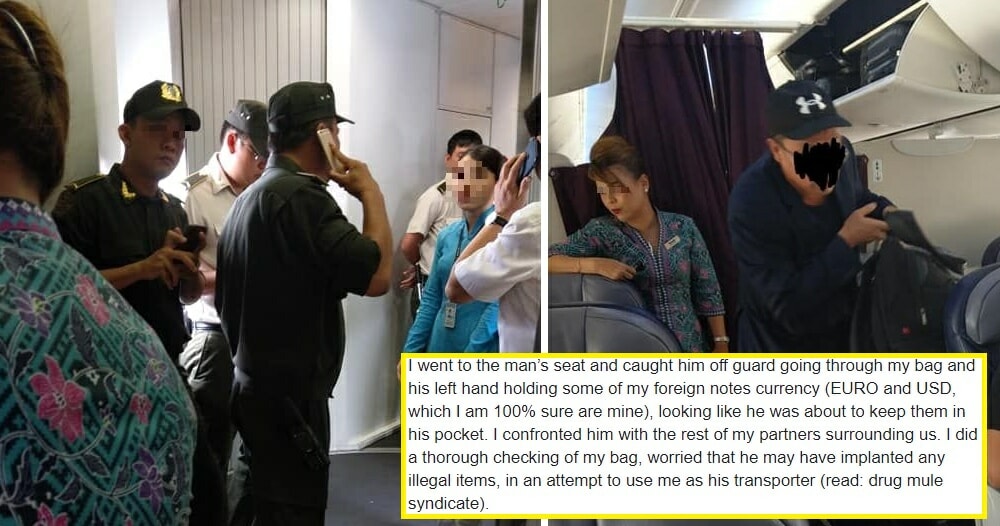 Travelling can be fun and hectic but we should all make sure to be alert and on the lookout for any potential dangers when we are out and about! A passenger known as Faiz Mokhtar almost became a victim of a scamming syndicate on a flight back home, but thanks to the prompt action taken by Malaysia Airlines, he managed to escape unscathed with his luggage and money in working order!

Mokhtar shared in his post to a Facebook page, when he was on a flight on the 15th of August, from Ho Chi Minh City flying back to Kuala Lumpur with some business partners when the incident happened. 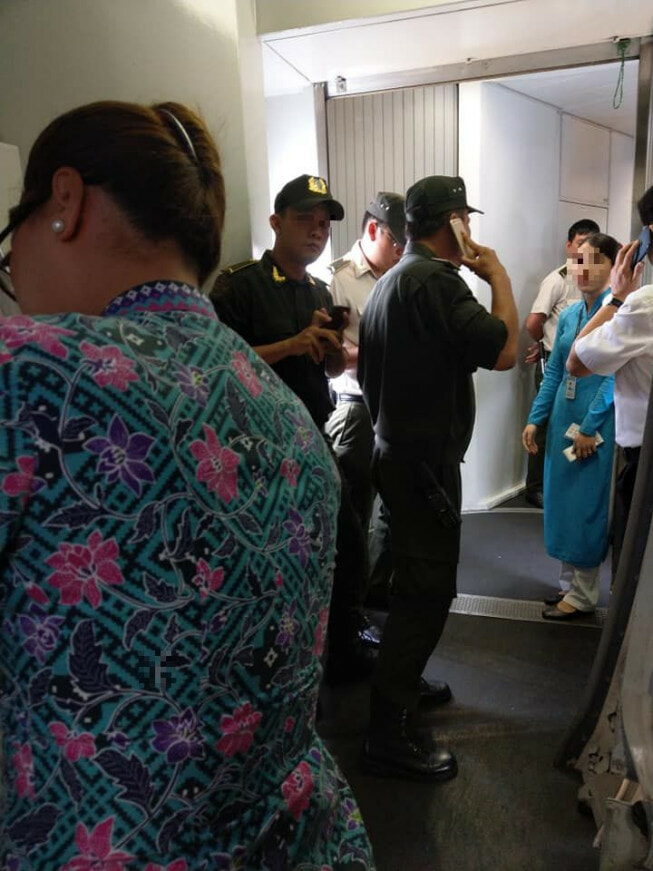 He had placed his cabin luggage in his designated overhead cabin when he entered the plane. Shortly after, one of his business partners who was travelling with him had noticed a suspicious looking man reaching overhead and taking Mokhtar’s laptop bag out and taking it with him to his seat.

Mokhtar immediately followed the man and confronted him, and found that he had been taking his international currency consisting of Euro and USD from his bag and was clearly going to pocket the cash! He then checked through his bag with the rest of his partners for fear that the man was going to make him a drug mule by implanting illegal items. 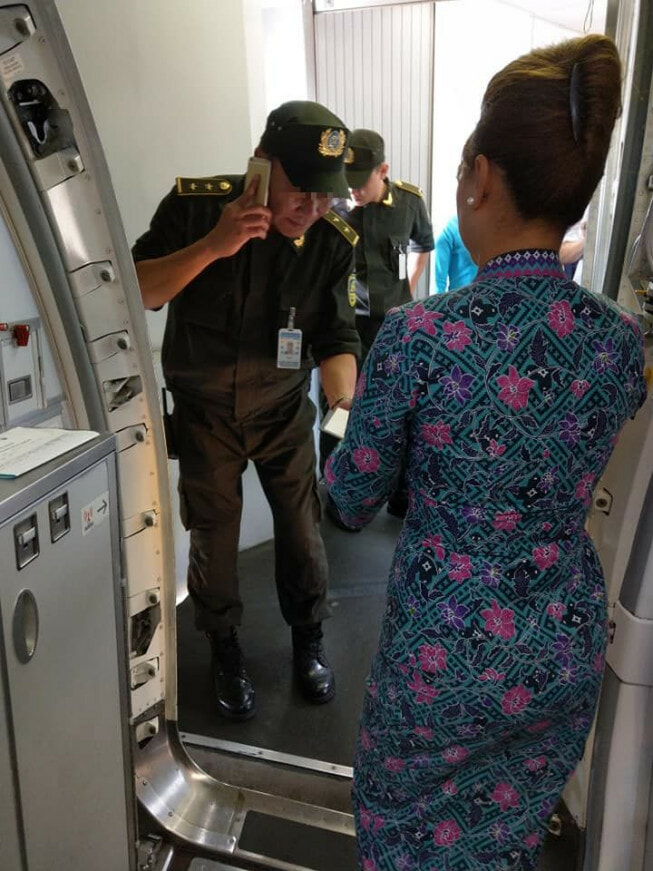 Afterwards, they quickly informed the air stewardess and they quickly jumped into action. All of these happened before take off, which Mokhtar noted was a busy period for the crew, and yet a report was made without delay. He said, “Security and police were called in, a report was made, while the pilot and crew declared that the flight was not safe to take off until the man is taken off the flight.”

After the man was removed, the crew informed Mokhtar and his partners that there is a syndicate that has been conducting this modus operandi particularly on China, Hong Kong and Vietnam flights.

The man was discovered to be from Hong Kong and he was flying to Kuala Lumpur with no return ticket! Mokhtar believed that his route depended on the amount of loot he would have gotten off him, had he succeeded.

Luckily, the flight was only delayed for an hour, and all the paperwork was done in-flight. The cabin crew had also managed to calm the other passengers down and reassure them that the threat had been taken care of. 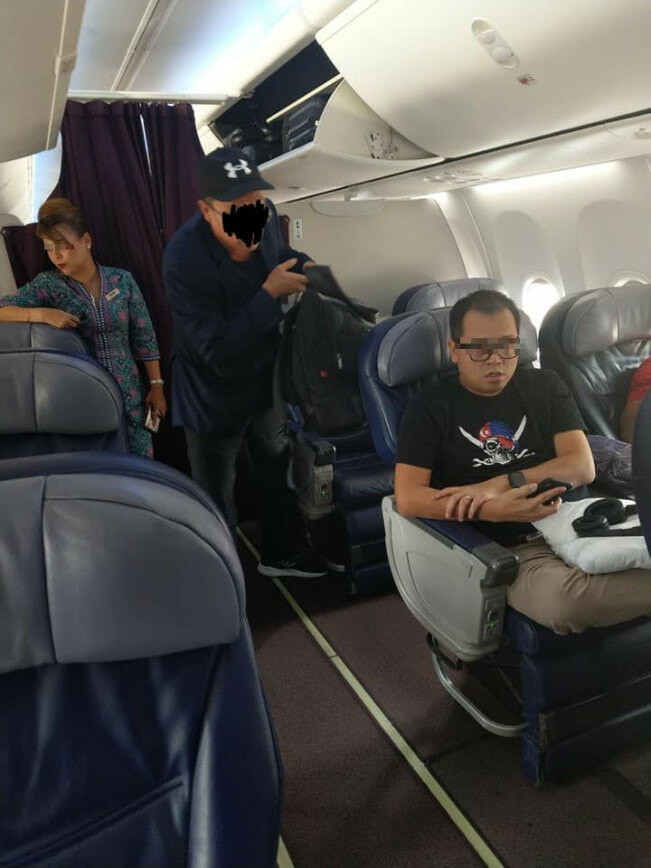 Mokhtar knew that a lot of things could have gone wrong, and said, “My biggest gratitude and respect to the Lead Stewardess, Ms Mazlinda of Malaysia Airlines for her unwavering calmness and diligent work in ensuring that the man was handled accordingly. To the extent that she offered herself to remain in Vietnam to make the police report on my behalf.” If that isn’t dedication, we don’t know what is!

Mokhtar went on to warn other passengers of the syndicate and reminded everyone to be mindful of their belongings.

Watch the video of the entire incident here!

That was quite the close call! Well done Malaysia Airlines! Bravo for your quick actions and hardworking staff! 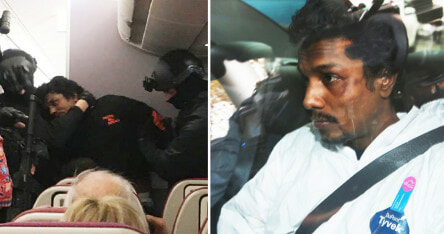