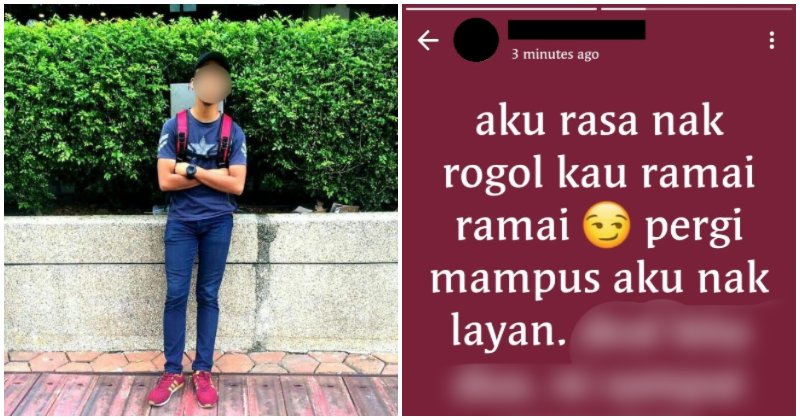 The world works in simple ways; for example, when you borrow money from someone, you either pay them back or you should expect the person you owe to be asking you about it until you do pay them back.

But humans, tsk tsk. Humans unnecessarily complicate things and end up digging their own graves.

A very good example of this, as told by a Malaysian girl on her Twitter account, is a boy who borrowed Rm500 from her but then caused issues when he was approached to pay her back. 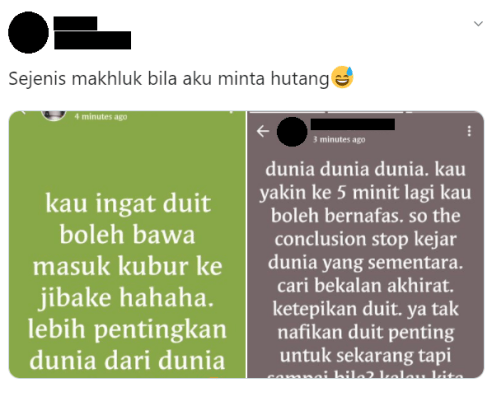 She captioned her posting with, “This creature, when I asked him for the money he owed me.” 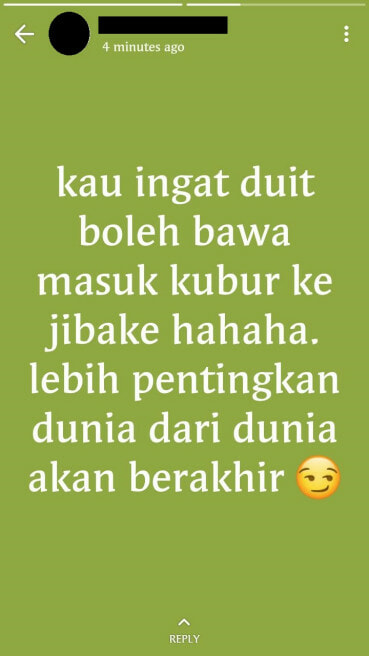 She was referring to the WhatsApp statuses he uploaded after she had asked for her money back.

His status reads, “You think money can be taken to your grave? Prioritise the world than the world that is about to end.” 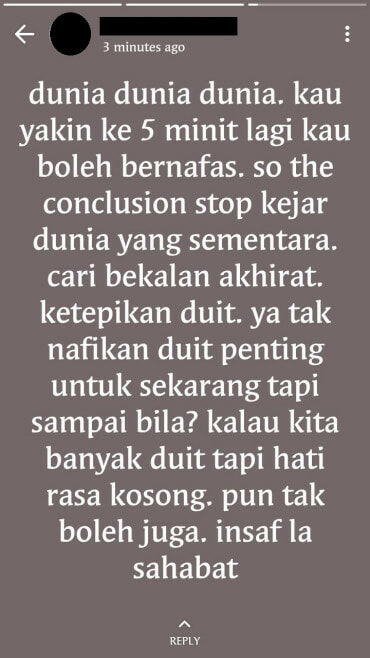 His second status goes, “World, world, world. How confident are you that you’ll still be breathing in 5 minutes? So the conclusion is, stop chasing the temporary world. Look for things you can bring into the afterlife. Put aside money. Yes, I understand that money is important, but until when? When we have a lot of money but an empty heart, that’s not good. Repent, my friend.”

The girl, who prefers to just go by Ann, further explained that even when she had lent the boy RM500, she had only requested for RM180 back. However, the boy had other plans and told her that he only owed her RM100, and that they did not have anything written down in black and white. 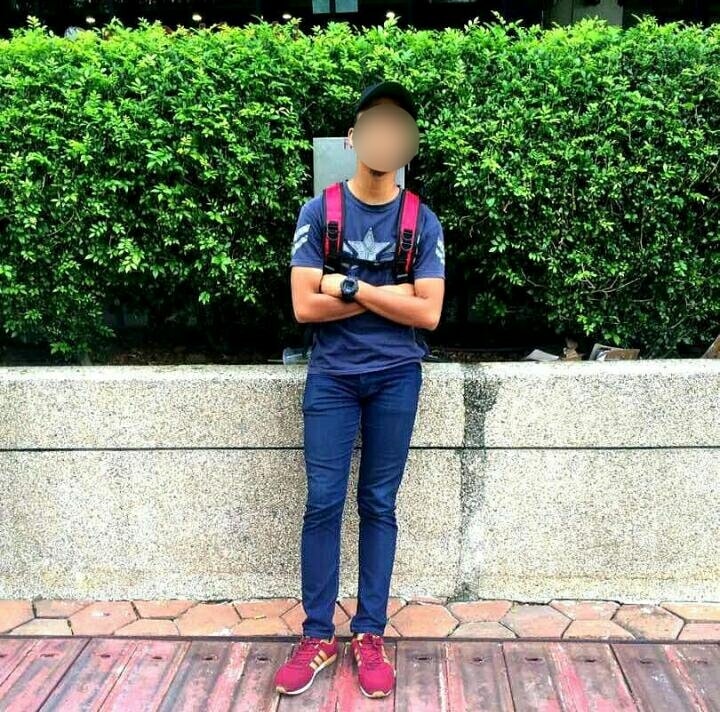 He even had the audacity to tell her that she should be thankful that he had the intention to pay her back, instead of him staying quiet. Even so, he still didn’t pay her.

He apparently owes multiple other people money as well.

The worst part though is the fact that when Ann spoke to all these people who he also owes money to, they all began to chase him for it. He then once again took to his WhatsApp status to voice out his opinion, though this time, he threatened to rape her. 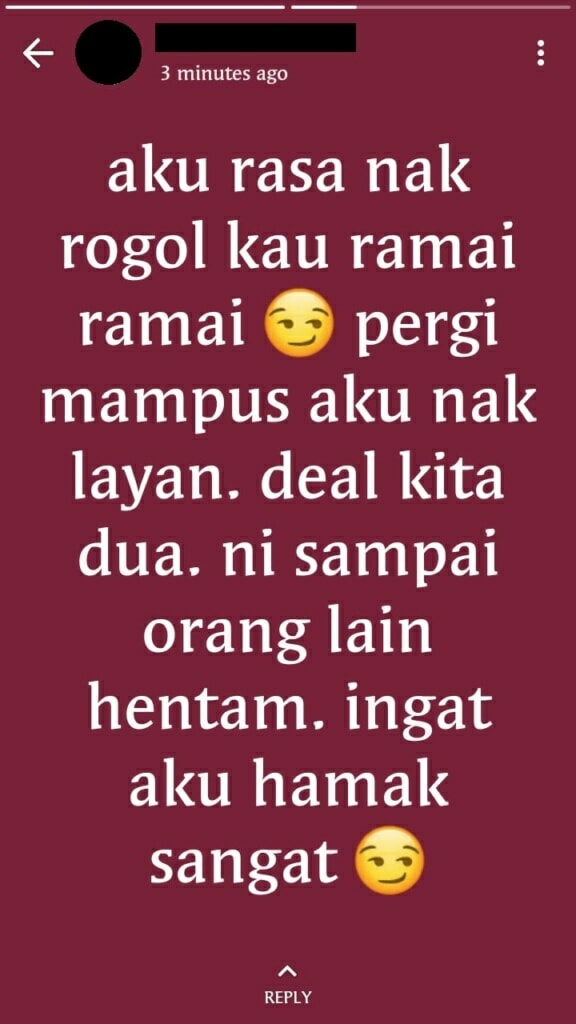 His said, “I feel like gang raping you. Go to hell if you think I’ll entertain you. Our deal was between the two of us. Now the others are chasing me. You think I’m so bothered?”

Ann has since filed a police report against the guy. Let’s hope the police brings this obnoxious guy to justice ASAP!

Ann’s posting has since garnered over 11,500 retweets.

Money aside, threatening rape the way the boy did is no laughing matter and can get you in big trouble with the authorities. 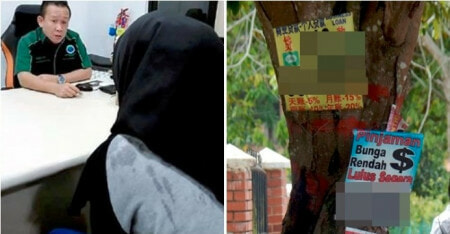