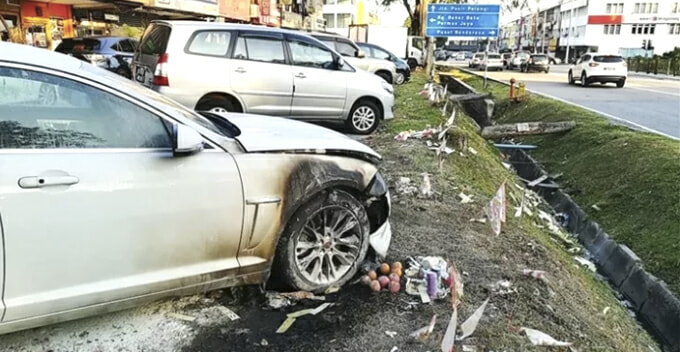 In conjunction with the Hungry Ghost month, it’s not hard to spot people burning joss papers by the roadside or in front of shop lots. Which is why we should pay attention to where we park our cars, otherwise this unfortunate event would happen. 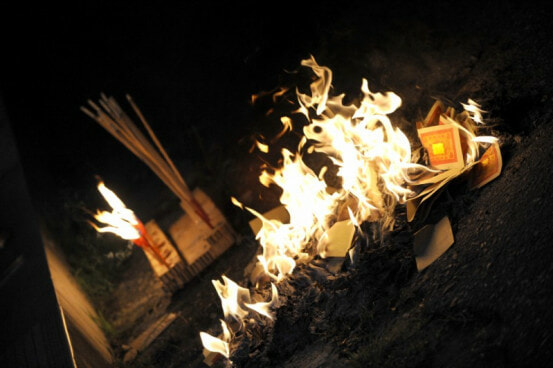 On 25 August, a Singaporean man visited Johor Bahru and parked his luxury car in front of a shop lot for a quick dinner. Unfortunately, his car was parked right at the spot where people had just burnt joss paper, and the fire wasn’t completely put out. This incident happened at around 8pm in Taman Pelangi, Johor.

According to witnesses, the man had parked his car and entered the restaurant. Half an hour later, the car suddenly caught fire at the front part where the front fenders and wheel were burnt. Members of the public managed to put out the fire with a fire extinguisher. 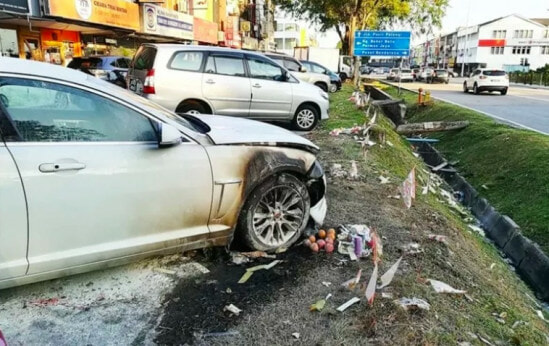 The unlucky man only realised this after he had finished his meal and came back for his car. South Johor Bahru district police chief said the car owner had lodged a police report and preliminary investigation revealed that there were no criminal elements in the case.

He is now in the process of claiming with his insurance company.

If you’re burning joss papers, please do so at an appropriate place and make sure the fire is completely put out before leaving it there. Stay safe guys! 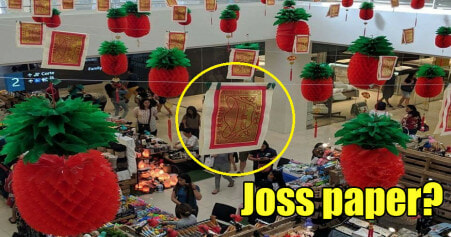