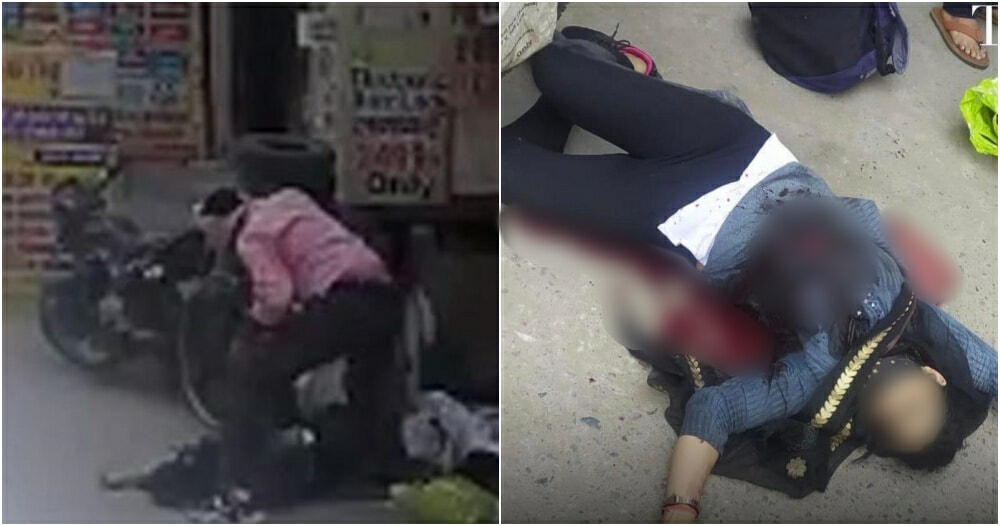 Disclaimer: The footage attached in this article may contain disturbing footage. Viewer’s discretion is advised.

This is why being a woman in India is not easy.

A 40-year-old woman in Delhi, India was stabbed to death by her own husband in broad daylight while people watched and recorded the incident. Not one person dared to step forward to save her.

According to The Tavta India, the victim, Neelu, was stabbed 25 times by her husband, Harish Mehta, using a knife. He continued to stab her even after she had died.

The cruel act was recorded by locals in the area but none of them tried to stop Harish from killing his wife.

In the video, Neelu was seen lying on the road while Harish was seen standing next to her with a knife as commuters pass by.

After killing his wife, Harish was seen “taking a break” alongside the road and roamed freely but nobody tried to stop him, as reported by The Tavta.

According to The Indian Express, DCP (Rohini) Pranav Tayal said a call was made by a local. Beat staff in the area rushed to the spot and found a man holding a knife.

Neelu was then rushed to Sanjay Gandhi Hospital but doctors declared her dead upon arrival.

Harish, who works in a marriage bureau told police he recently got married to Neelu and wasn’t happy with her job at Safdarjung Hospital. 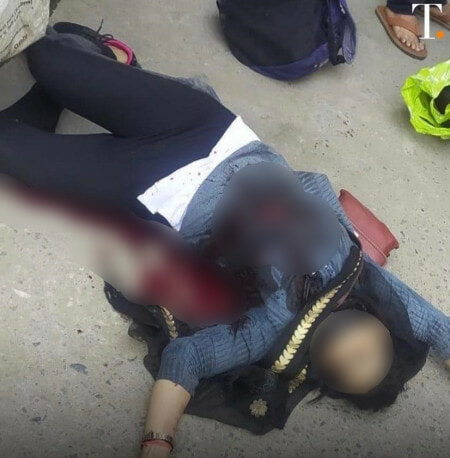 However, Neelu still decided against his threats to work as a housewife and continued to work. This caused Harish to then suspect that Neelu may be having an extramarital affair when she left him to stay at her parent’s house in Budh Vihar because of the daily fights over her career.

“He suspected her of having an extramarital affair and was angry that she wasn’t leaving her job. The woman was living with her parents in Budhh Vihar. On Saturday around 2 pm, she was returning home from work when Harish approached her and stabbed her multiple times on the road,” said DCP Tayal.

Harish was arrested after some locals called the police, he reportedly did not even escape and said ‘she deserved it’. 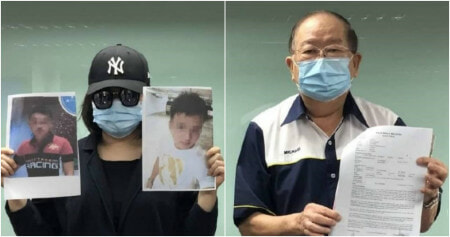