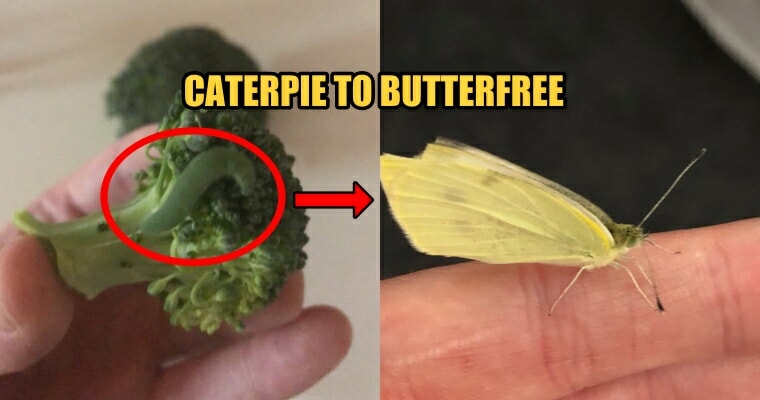 Meeting worms and bugs as we unpack our vegetables is pretty common, and we would most probably wash them down the drain or set them free in our yards.

But this DJ from the United Kingdom had a different approach with the caterpillars in his broccoli from Tesco.

Sam Darlaston at KissFM UK shared onto his Twitter on 11 June, that he was going to keep these caterpillars as PETS. It’s definitely not something many of us would do.

His main tweet on this saga gained a whopping 56.9k Retweets and 103.8k Likes!

(Blathers would absolutely detest them – if you get the reference.)

Hey @Tesco I was about to cook my favourite vegetable of all time (broccoli) and after unwrapping it, to my surprise, found caterpillars inside! They’re really nice and we’ve ended up keeping one as a pet and naming him. but just as a heads up, some of your broc has c-pillars😳🐛 pic.twitter.com/3VLIQAEogG

Sam’s broccoli saga had just begun and right on the second day of keeping Cedric, the 27-year-old decided to purchase another head of broccoli with the money that Tesco refunded him for the caterpillar-infested brocolli, only to find FIVE other caterpillars in the packaging!

Then, a third brocolli belonging to his housemate had another caterpillar, so now there’s a total of seven caterpillars in their household and this man kept all of them as pets, hoping that they would evolve.

On 12 June, Cedric – his first caterpillar – had begun evolving and it turned in a chrysalis in 30 hours of observation. Sam wondered if his caterpillar would evolve from “Metapod” to “Buterfree”. 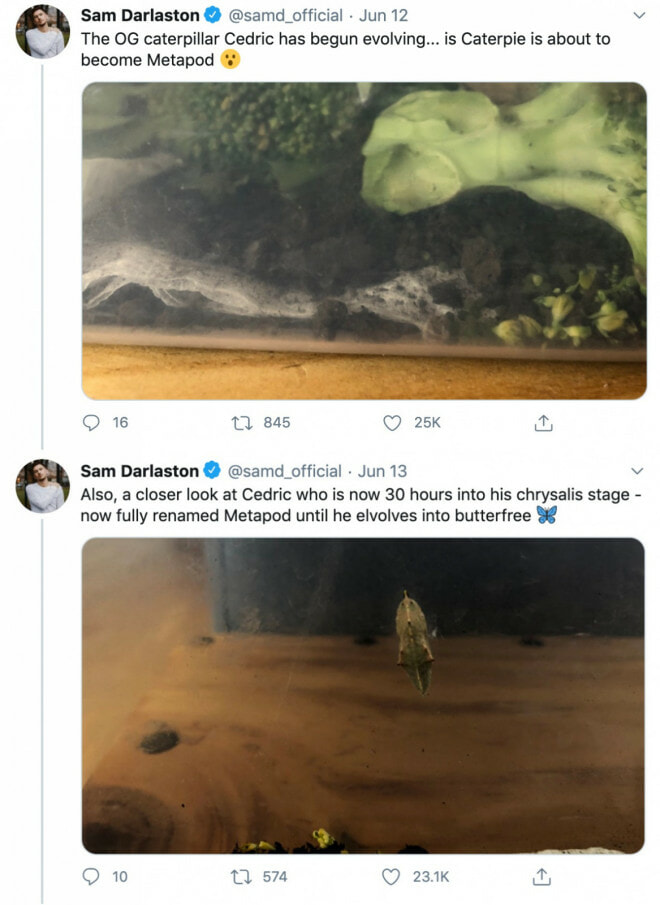 And here’s the final form of Cedric: 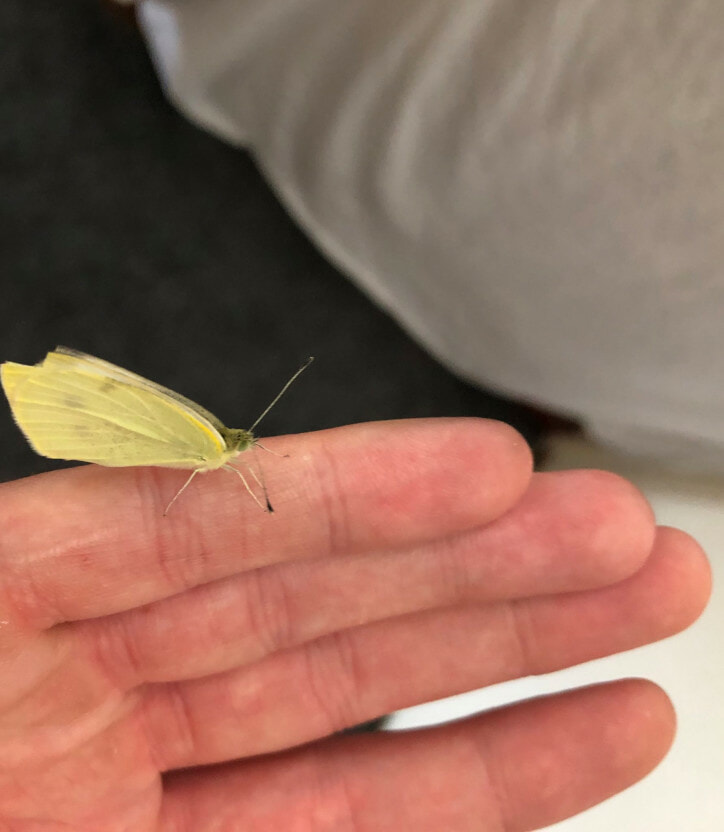 It looks absolutely stunning in those green wings!

Other than the OG Cedric, the other five caterpillars Janine, Carlos, Broc, Olly, and Croc eventually grew into butterflies under Sam’s care. He bid every single one of them goodbye by releasing them back into nature.

Up until today (27 June), Sam updates his followers that there is still one caterpillar left cocooning alone, which is the one he named Slim Eric due to its smaller physique.

Yooo- if you’re still on this thread, first of all congratulations you’ve got an incredible attention (to broccoli caterpillars) span. 🥦 REMEMBER THE ESCAPOLOGIST? No.7 Slim Eric, his name comes from him being smaller (& his caterpillar rap skills) still cocooned currently 🕯🐛 pic.twitter.com/oHPypBKN8J

Looking at the transformation of these caterpillars, we are in awe that Sam actually succeeded in keeping them alive.

Admin definitely does not have the guts to keep bugs as pets but good job for Sam! 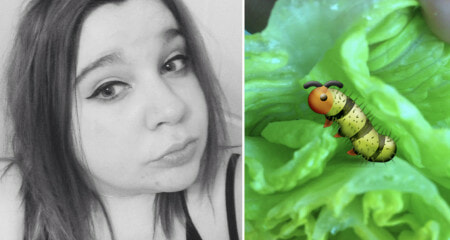