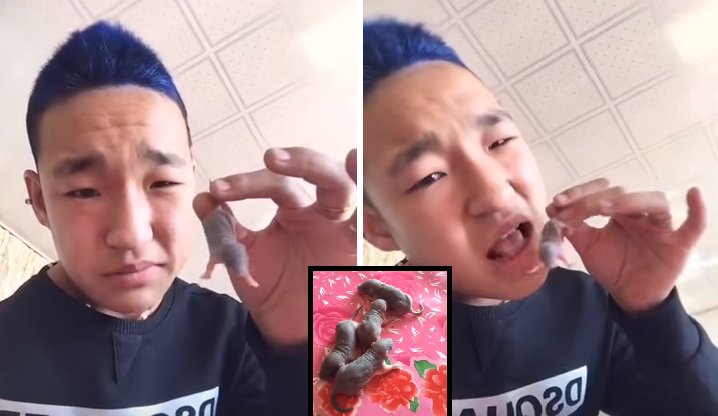 A video has been circulating on social media and it’s a footage of an Asian man chomping down on a live baby rat!

The video starts off showing the man touching the baby rats, letting viewers know that they are alive and kicking. 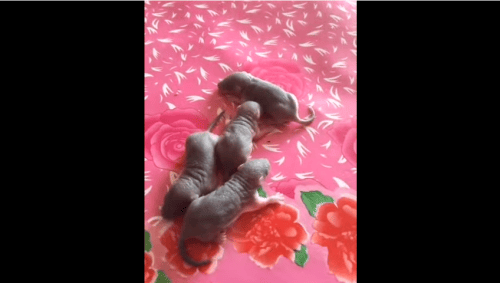 He then shows the camera that he’s holding one by the tail and moves in towards his mouth. 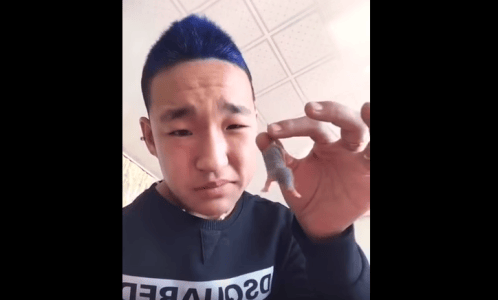 The lunatic puts it in and bites down on it, with the baby rat’s innards spewing out. He proceeds to chew on it, and gags a little, before swallowing it. He washes everything down with what looks like a bottle of alcohol.

Urgh my tummy is still sick from it.

The 38 second long video got viewers outraged at the shockingly cruel act of this man. Many were criticizing how he intentionally did such a thing to a poor helpless creature and demanded People for the Ethical Treatment of Animals (PETA) to investigate on the matter. Urging the man to be removed from his very own country for such behaviour.

Mimi Bekhechi, the UK Director of the organisation, said in a statement:

“One can only imagine that this person is mentally disturbed and urgently needs to be taken out of the general population and helped for his own sake and that of the community.

Anyone capable of mercilessly crushing a small, helpless animal to death should cause everyone to be concerned, because a lack of empathy and a desire to exert power over the helpless invariably manifests itself in other antisocial ways, including other violent crimes.

We ask that the authorities investigate the source of this video and urge anyone with information about the identity of this individual to come forward right away.”