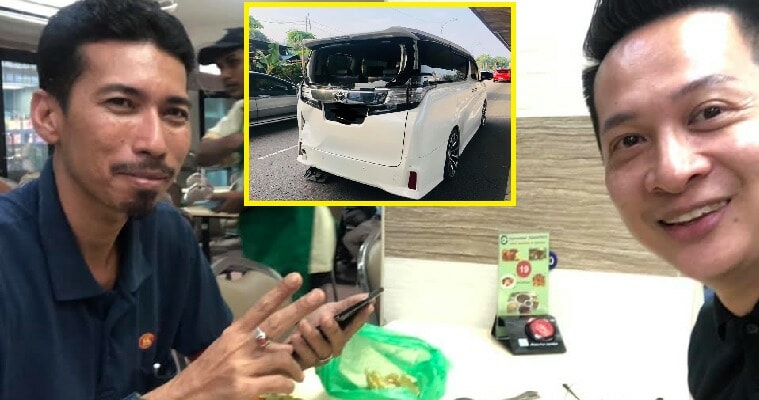 Road accidents can happen anytime and it is certainly a big headache if it happens to you. Usually, both sides would argue with each other when these incidents do happen, but not for this case. A Malaysian man recently went viral on social media after he managed to turn a bad situation into a heartwarming one by just being forgiving and kind. 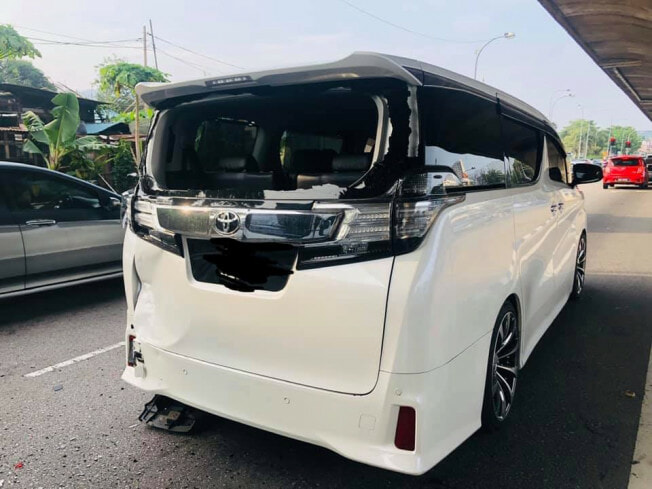 Based on Noodou‘s report, the incident happened in Penang when the man’s Toyota Vellfire got rear-ended by a lorry driver. He got down from his car and found that the rear window was smashed as a result of the crash. The lorry driver got down from his vehicle as well and looked really worried about the damage caused.

His lorry was damaged also, and he had to contact his colleague to come over from Bukit Mertajam to help him out. The man said, “About five to six people rushed over to take photos and videos, but they left without offering any help.” They discovered that the nearest police station did not accept road accident reports, and they had to head into town to make the report. 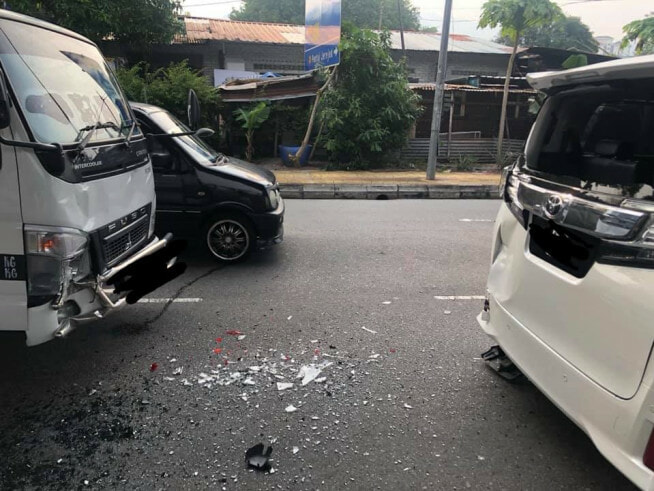 Seeing as the lorry driver was really nervous over the damage he had caused and making all these reports would take a long time, the man decided to invite the lorry driver to eat together. Hence, both of them headed to the mamak together for their dinner.

After finishing their meal and making the reports, it was already 10pm. By that time, both of them had become fast friends and were laughing and chatting together. During the meal, the lorry driver laughingly said, “After an accident, we can still sit and eat together, I think this is a first!” 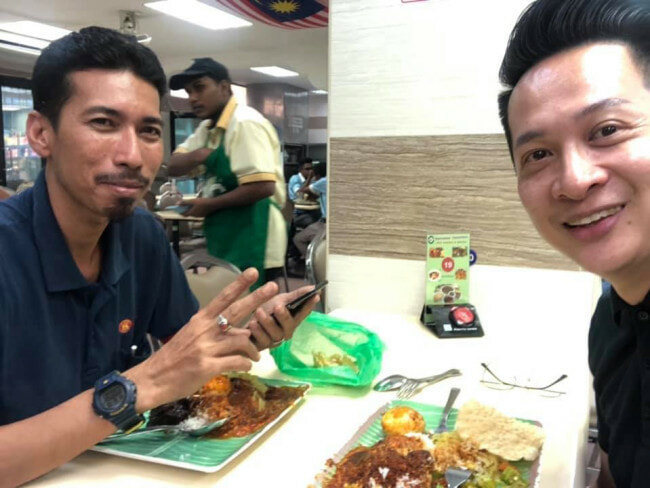 The man also replied him, “It’s no use arguing or getting angry over the accident since it already happened. The car will still be damaged after that, so it’s better to just calmly sit down to settle the problem instead.” Netizens who saw the post praised the man for his calm and forgiving behaviour. They also said both of them have really high EQ and said this was showing some true Malaysian spirit as well.

Well, who knew that you could make friends even in a road accident? It’s great that both of them could settle it so amicably! 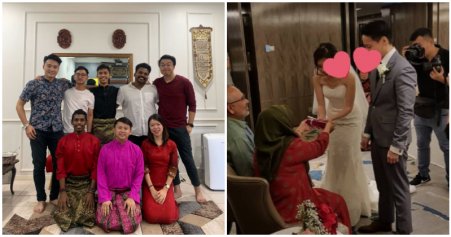