On New Year’s Eve, a 22-year-old lady was groped and forced to perform oral sex by two man. The incident took place at approximately 1 am at the staircase of an apartment in Ampang, Pandan Jaya.

According to Sinchew, the lady was going back to her place alone after having supper. However, she was intercepted at the staircase by two men.

The men robbed her valuables and worse, stripped her clothes off before molesting her. She was even forced to perform oral sex at the staircase. Luckily, a couple passed by and shouted at the culprits.

They took off with the belongings of the lady after being spooked by the couple. A report was lodged and one of the culprits was nabbed by the police in just three hours. The lady’s valuables were recovered as well.

Ladies, the society isn’t safe anymore. With the escalating crime rate in Malaysia, it is not wise to walk alone at night, not even near your own home like this poor lady here.

Not so long ago, a woman was tied up, beaten up and robbed in a parking lot in Bukit Indah. So you might wanna think twice before heading out at night by yourself, especially for the ladies.

Shout-out to Malaysian police for solving the case in just under 3 hours. Their act was commendable, though unfortunately, not all law enforcers share the same sentiment in the line of duty. 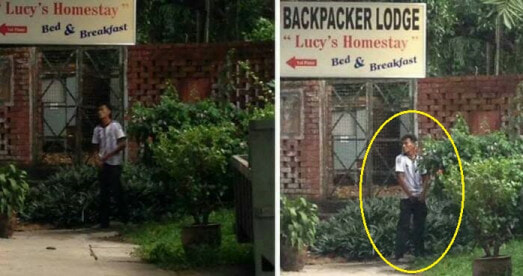