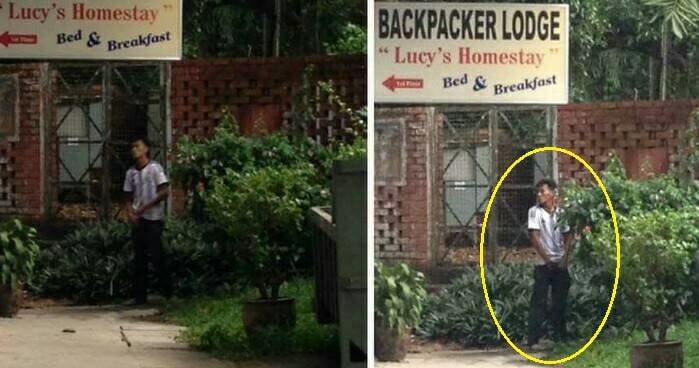 Just recently, a woman caught a man displaying public indecency which she reported to the authorities. But the response from the three police officers were extremely infuriating as they only laughed back at the witness!

The incident took place at Jalan Dewan in Kota Kinabalu, Sabah in December 2016.

Ana Jonessy detailed the story on her Facebook page which recently went viral. She wrote,

“Some guy whipped out his dick, masturbated and came outside my workplace (at Lorong Dewan). The authority thought it was hilarious and laughed at me, in unison. I am offended and pissed af.”

“A little over a week ago this man whipped out his dick, did a little parade in front of me and asked for permission if he could enter my gallery to jerk off.”

“Unfazed by the prospect of a violent attack—he seemed pretty docile—I politely told him to go away and proceeded to contact my male colleagues to come rescue me.”

“If he had been humiliated by my decline, he gave no indication and instead sat outside of the gallery and poked his erection out and rubbed it feverishly, his eyes boring into me.”

Enraged by the lack of police officers patrolling around the crime infested area, Ana had sent in a petition for more officers around. She also included a verbal report of the incident with the pervert.

But much to her dismay, the police officers merely laughed at her!

“Maybe he’s mentally ill, maybe it’s the only ‘action’ he gets. Next time just take photos of him.”

Upset at this unexpected response, Ana kept silent but boiled with anger. She indeed set out to get pictures of the man ‘in action’.

Fortunately, Ana did catch the guy around the area again wandering right in front of ATI College.

“I took photos of him and trailed him for about 10 minutes before I lost sight of him, at the same time I was on the phone with an officer. He promised he would send a couple of officers down to track him down.”

Mind you, the police station was just behind ATI college.

“Assured, I went to meet a friend at Woo Cafe and not 30 minutes later, Jess and Grace told me the guy was pacing between Biru Biru and Lucy’s Backpackers and later caught him in the act!”

“Jess also reported it to the police and was met with the same, sneering respond. Wtf.”

“This guy’s deviant behavior and how the law enforcers responded to my report are dangerous in that it is counterproductive to eliminating sexual violence from society. Rape culture, however inconsequential you might think it is, is everyone’s issue.”

After the post had gone viral, the police of Kota Kinabalu finally set up more police patrolling around the area.

Pictures of police officers around the area were shared in the comments although the question remains whether they are actually patrolling or not. 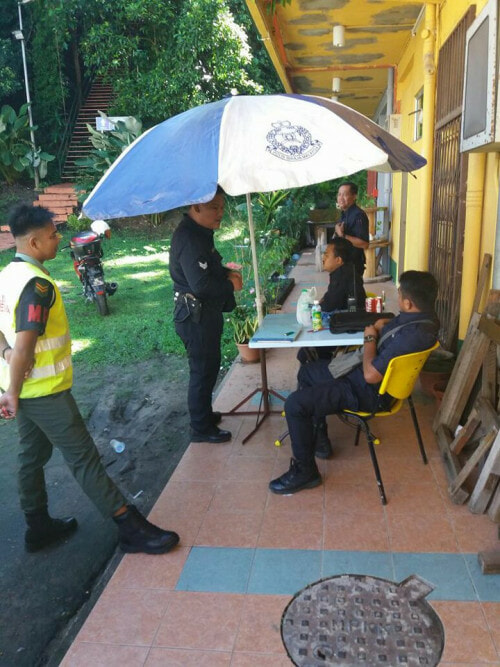 We were not sure which was worse; the fact a guy started to flash his privates in broad daylight, or the lack of attention by the authorities addressing this issue in the first place.