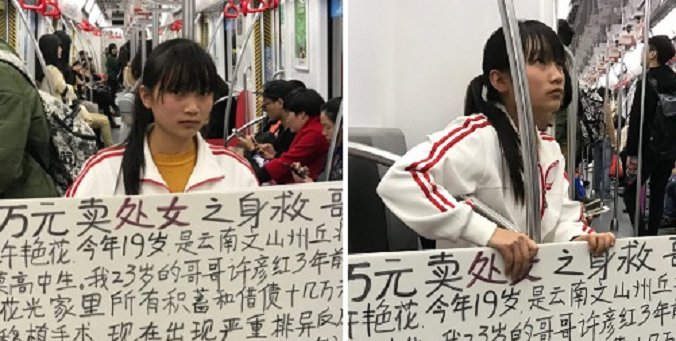 A 19-year-old in China recently made huge news when she was spotted on the Hangzhou Metro, an urban rail network similar to our LRTs and MRTs.

The girl who is known only as Xu was seen holding up a large picket sign inscribed with a message in Chinese in the train, according to Shanghaiist. 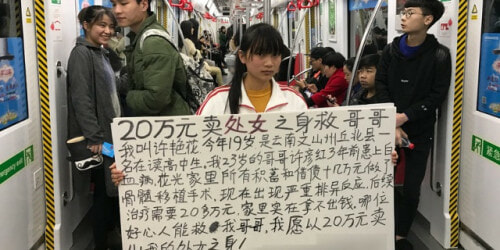 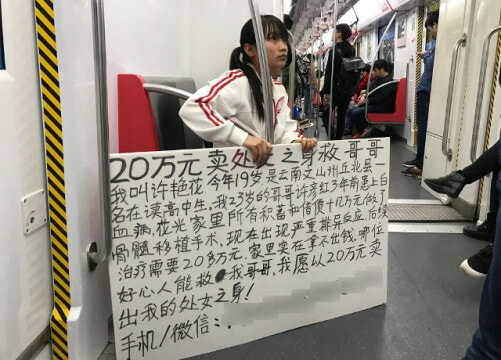 The signboard explained that she is in dire need of funds to pay for her brother’s cancer treatments. Her brother, who is 23, has been diagnosed with leukemia three years ago.

It also goes on to say that Xu was fortunate that her bone marrow was a match for her brother, but after the transplant, his body reacted negatively to the bone marrow and he would need to go for more operations.

Those operations cost quite a fortune, and Xu’s family already spent all of their existing funds. 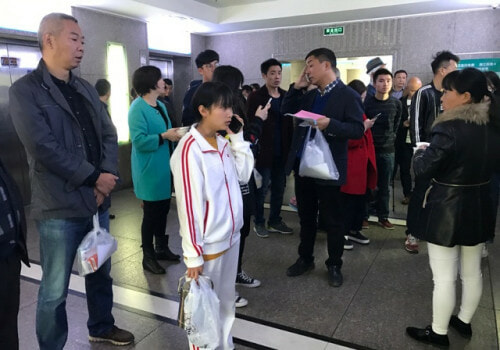 Naturally, such a sign attracted the attention of a lot of concerned commuters. But thankfully, she also got attention from the local police before some sleazy old man tried any funny business.

The police officers managed to talk some sense into her and escorted her away to safety. It’s frankly horrifying to imagine how bad this could have turned out.

She explained to them that her brother was currently being treated in a local hospital and she came to Hangzhou to help raise some money by herself, according to Chinese website NetEase. 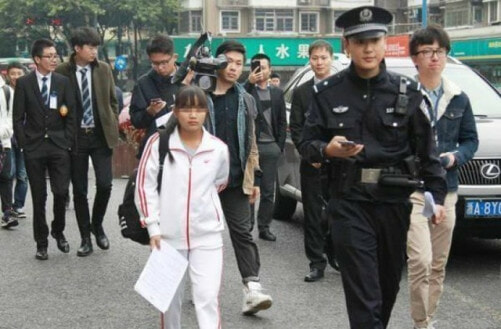 The officers explained to Xu that despite her good intentions, what she tried to do was wrong. She simply replied saying that she knows, but she was very desperate and does not know how else to help.

Later on, the Chinese media managed to track Xu’s brother down at the hospital. He was said to be extremely frail and had black spots all over his body.

The doctor in charge of his case has confirmed to the press that his body has been breaking down; his fingernails were falling off and he is unable to shed tears among a host of other diseases. 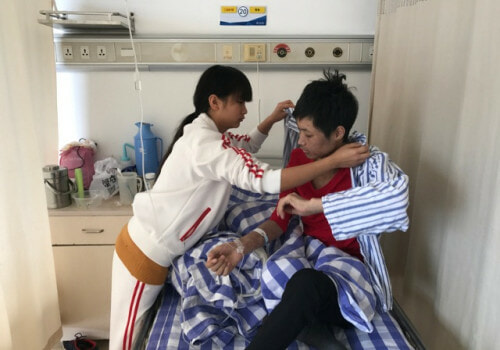 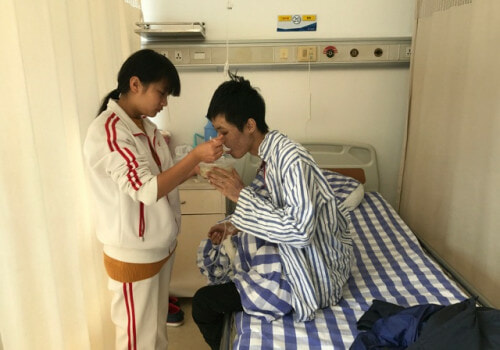 The patient did acknowledge himself to be Xu’s brother, and said that he also has two more younger sisters. When asked about Xu, he said,

“I can’t put the cost for this treatment on my medical insurance, I guess she heard that and came to Hangzhou … And now I know how foolish she is.”

Even though no one can predict illnesses, Xu’s brother mentioned that he is ashamed of himself for burdening his family. He also wishes to return home as soon as he can so his sister would be able to continue with her studies. 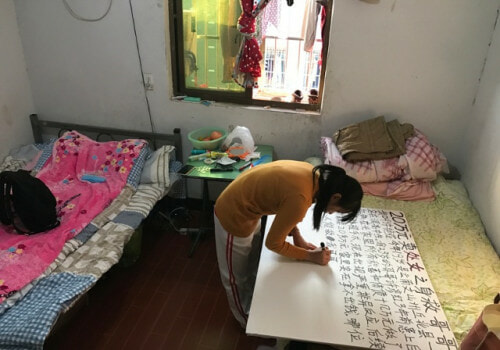 Shanghaiist also stated that doing sometimes questionable acts to pay for a family member’s medical expenses is not unheard of in China, but this was the first time someone tried selling their virginity for it.

It’s upsetting to see the extreme lengths someone would go for a loved one. Thankfully there are people who has expressed their interest to help the poor family.