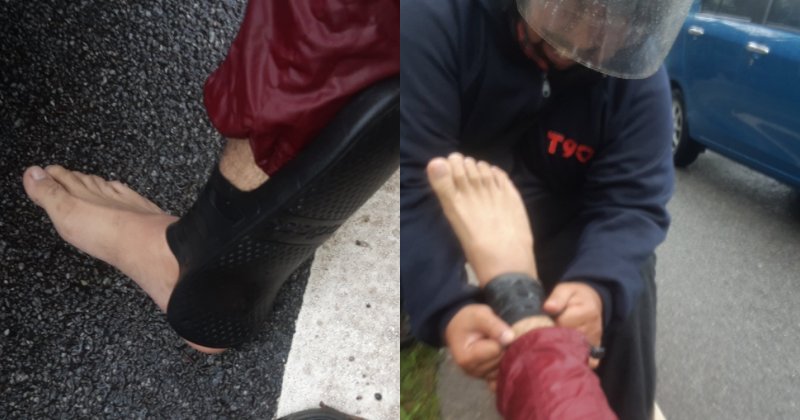 Dealing with an accident is no walk in the park! Having to deal with the aches and pains, police report, insurance claim and all the red-tape that comes with it – no, accidents are not fun at ALL!

But some out there will still manage to see the positives despite being caught unaware in a tight spot.

Netizen @aizatmanshahar did just that when he documented his own mishap and shared it on Twitter. Here is his story.

“I have just got into an accident when my motorcycle skidded from the yellow line to where I am now.”

“There were minor damages to the bike, and I am fine since I can still tweet about it.”

Not wanting to dwell too much on his injury, @aizatmanshahar focused his efforts onto how the slippers he was wearing became an anklet which could not be taken out! 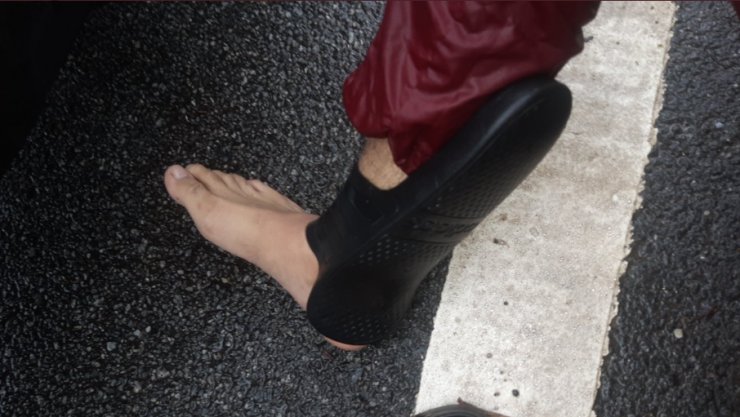 “How did that happen?”

Not wanting to risk further injury, after failing to take the slippers out himself, a fellow motorcyclist stopped and attempted to help him remove his slippers.

But to no avail.

“I ended up riding back to the office with my slippers looking like this the whole way.”

It was then his supervisor’s turn to help out.

Having it successfully removed, the netizen thanked all those involved in the effort and potentially helped him avoid the awkward looks he may get should he go to the hospital with this problem.

Though this accident may have not had dire outcomes for this netizen, we urge other motorcyclists out there to take precautionary measure when riding their motorcycles – by wearing proper clothing such as SHOES and probably a regulation helmet. 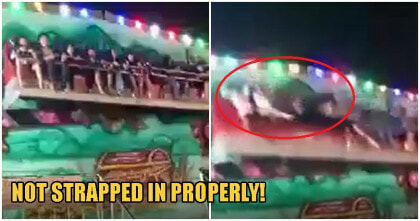