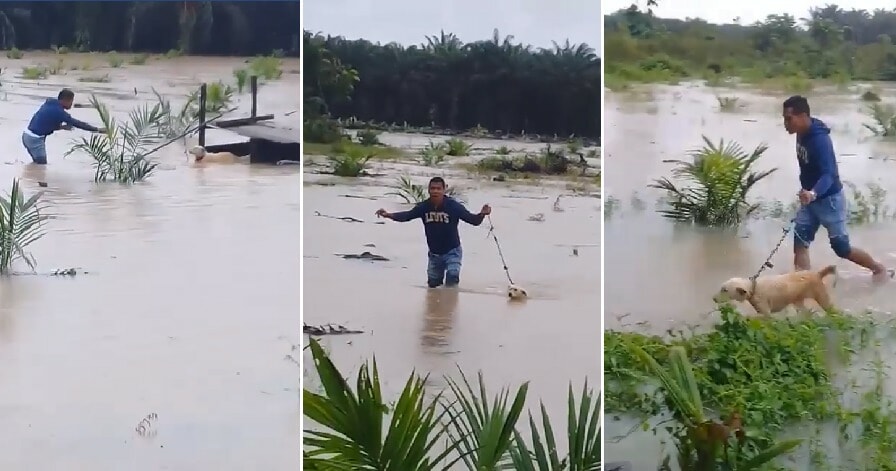 There’s always so much news about poor, innocent animals getting abused and tortured by cruel humans but this incident will restore your faith in humanity. A kind Malaysian man saw a dog that was trapped in a flooded palm oil field and without thinking much, he went and saved the creature. 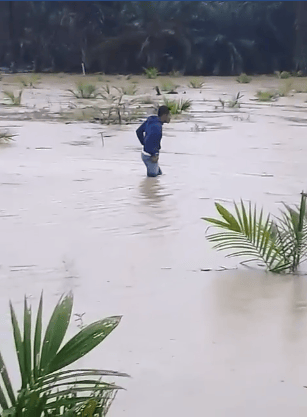 Based on a video posted by Bojod Azmi, the incident happened on Saturday (December 14th) when the man was driving past the area in Kluang to check out the flood situation, and he passed by the field when he heard a dog barking. Bojod Azmi was with two other friends at that time but they did not know the dog’s location.

He got worried when he heard the dog’s barks and saw the field that was flooded. He said that he was afraid that the dog would be trapped in the flood and decided to go looking for him. Bojod Azmi turned the car around and searched for the dog, before finally seeing it tied to a wooden platform in the middle of the flooded field. 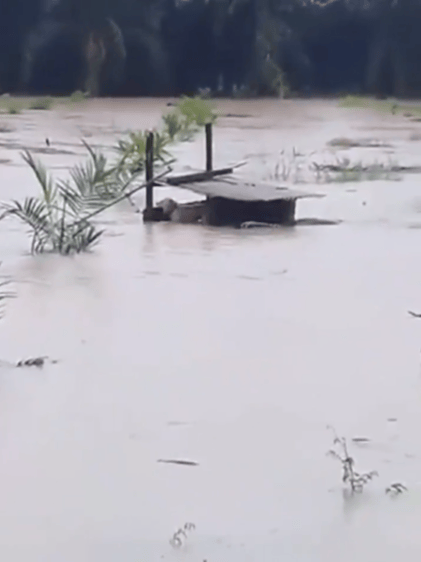 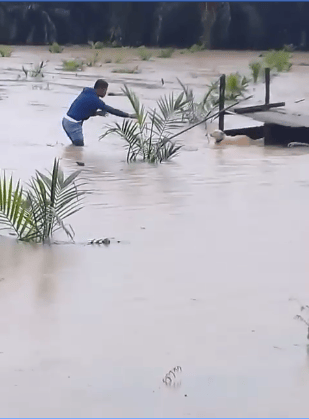 His friends told him not to go over there as the dog might bite him, but the kind man said that the dog’s life was important as well and ignored his friends. He told China Press that the waters were about three to four feet deep and were quite turbulent. He added that the dog’s body was already half-submerged in the water and if it had not been tied to the top of the platform, it would have drowned already.

In the video, his friends are recording the entire thing and it shows him slowly wading out through the waters as he was worried that there were holes on the ground. Meanwhile, the dog can be seen happily waiting and wagging his tail as it sees the man approaching to save him. 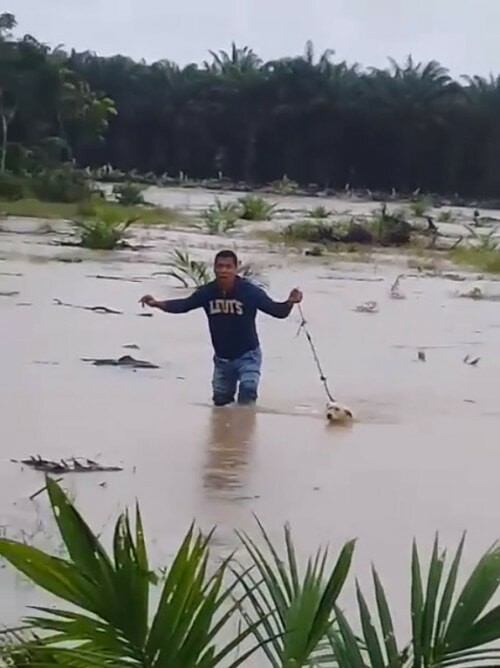 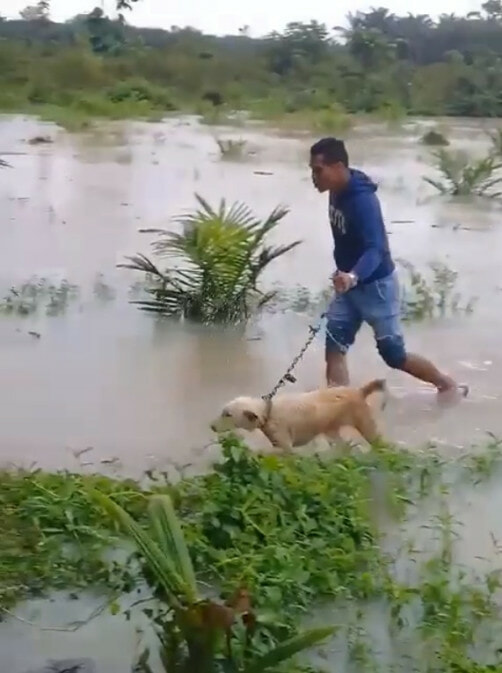 Finally, he managed to lead the dog away from the rising water and brought it to safety. He fed the dog some bread and water and wanted to bring it away but the dog refused to leave. It is believed that the dog wanted to wait for the owner who had thoughtlessly left it tied there in the flooded field.

Netizens who saw the video praised the man, saying that he was doing a good deed. He bravely saved the dog and didn’t mind even though he is a Muslim. Kindness knows no boundaries!

That’s an amazing act of kindness and everyone should learn from him! 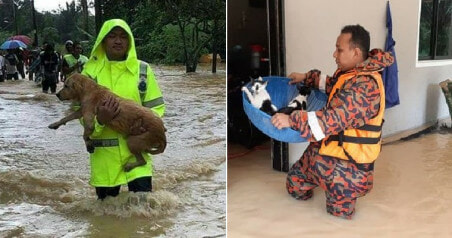