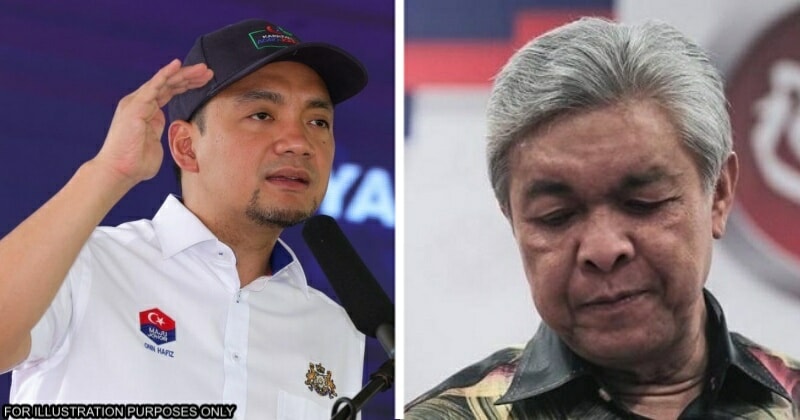 Following Barisan Nasional’s (BN) abysmal performance in the 15th General Election (GE15) yesterday, many are calling for BN’s chairman and UMNO president Datuk Seri Dr Ahmad Zahid Hamidi’s resignation, to the point that #ZahidHamidiLetakJawatan started trending on Twitter. Now, even leaders within BN have publicly voiced the same sentiment, the most notable being Johor Menteri Besar (MB) Datuk Onn Hafiz Ghazi who called for Zahid to tender his resignation as BN chairman and UMNO president immediately.

Taking to Twitter, Onn Hafiz urged the UMNO president to follow in the footsteps of his predecessor Datuk Seri Najib Razak in 2018 and resign from the post after the abysmal outing in a General Election. Onn Hafiz, who is also the Johor Barisan election operations director said that this resignation will help UMNO in its first step to recovery and regain the strength of the party.

“Though a bitter pill to swallow, UMNO leaders, including myself, should return to the people and listen to their voices that have been translated through their votes in GE15… We should all have the courage to change the course of the party’s future,”

Onn Hafiz then said that many leaders with potential and calibre within BN were sacrificed because the coalition did not listen to the grassroots. So, what do you guys think of this statement by the Johor MB? Share your thoughts with us in the comments! 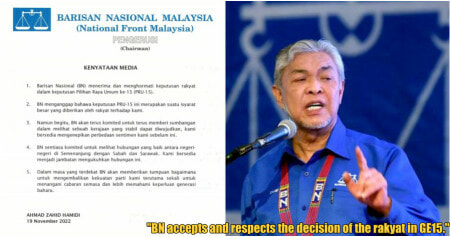