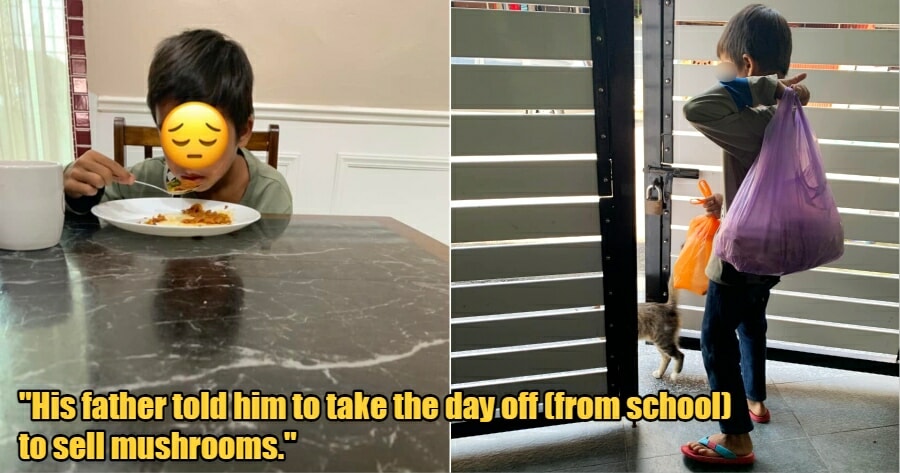 It is truly saddening to see how many young children in Malaysia have to neglect their education to help their families make a living.

The latest example of this is a little Standard 6 boy who tirelessly goes house to house in Pasir Gudang, Johor, selling mushrooms to contribute to his family’s livelihood.

Rosmaliana Roslan encountered the young boy when he showed up at her house, to which she invited him in for a meal. Taking to her Facebook account, she shared the boy’s hardships and wished him well. 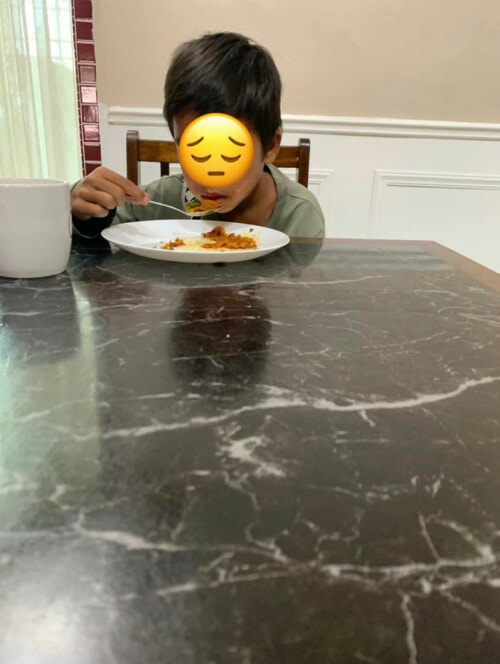 She wrote, “He greeted us in front of our house as he came to sell oyster mushrooms. I was inside; at the beginning, we didn’t want to buy (mushrooms). But he sat outside our house for quite a while and greeted us repeatedly. I opened the gate and saw his face. Ya Allah, pity him.”

“I asked if he has eaten, to which he said no. I asked him if he wanted to eat. He said yes. I brought him inside and invited him to eat some fried Kuey Teow (I cooked for breakfast earlier in the morning). Alhamdulillah, he finished his meal.” 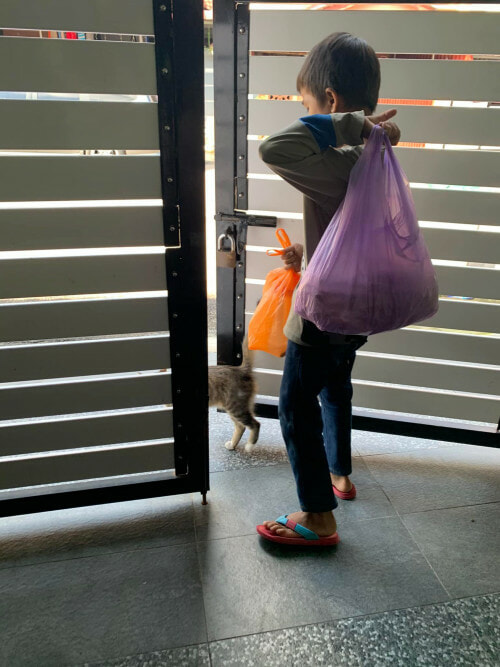 While the boy ate, she took the opportunity to ask him some questions and discovered the difficulties the boy had to endure in life. It turns out that the boy is still only in Standard 6, and he already has to make sacrifices for the sake of his family.

“He said he stays in Cahaya Baru (in Pasir Gudang, Johor). His father works with the Malaysia Volunteers Corps Department (RELA). He has his mother, but she works in Pahang. She only returns once a week. He even has younger siblings; one of them is in Standard 5 and is selling mushrooms as well but in a different area,”

“He is still schooling, but according to him, his father told him to take the day off (from school) to sell mushrooms. Allahuakbar, he is about the same age as my child but he is already sacrificing to help his family.” 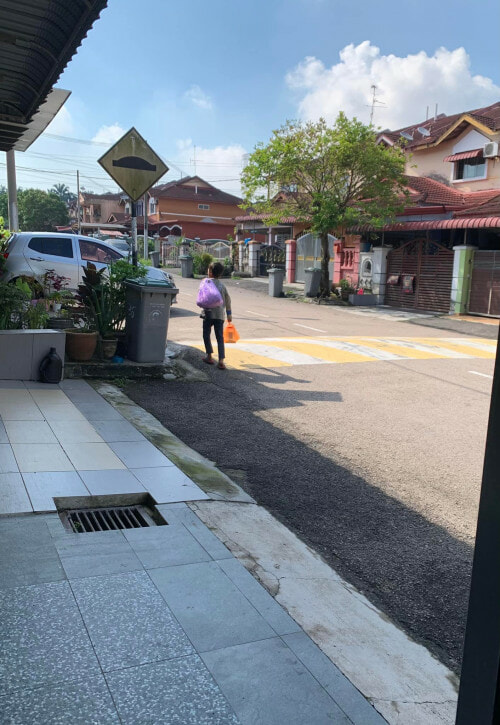 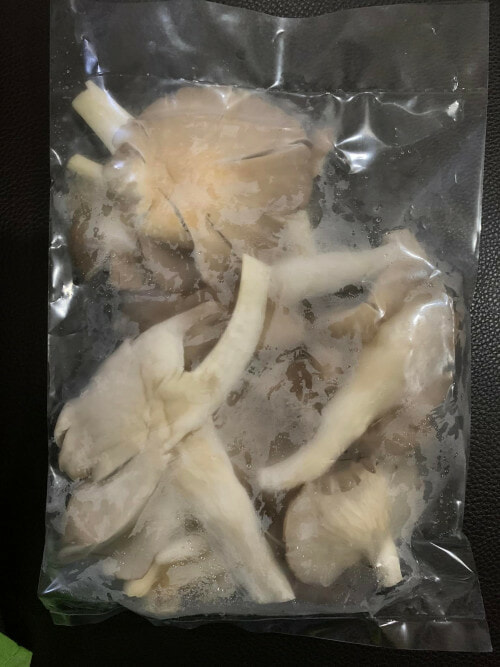 She has since urged her fellow community members to purchase the boy’s mushrooms if they ever encounter him.

“Maybe Allah is testing this family, but unconsciously, Allah is also testing me. Sometimes Allah will test us through other people. May there always be blessings for this boy,”

“If you bump into him, buy la (his mushrooms) even if it’s just 1 (packet). Truly saddening,” Rosmaliana added.

Also read: This 10yo Boy Spent Hari Raya Selling Vegetables By Roadside All Alone In TTDI 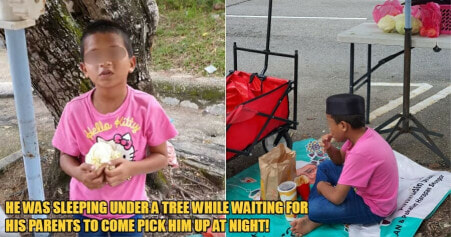