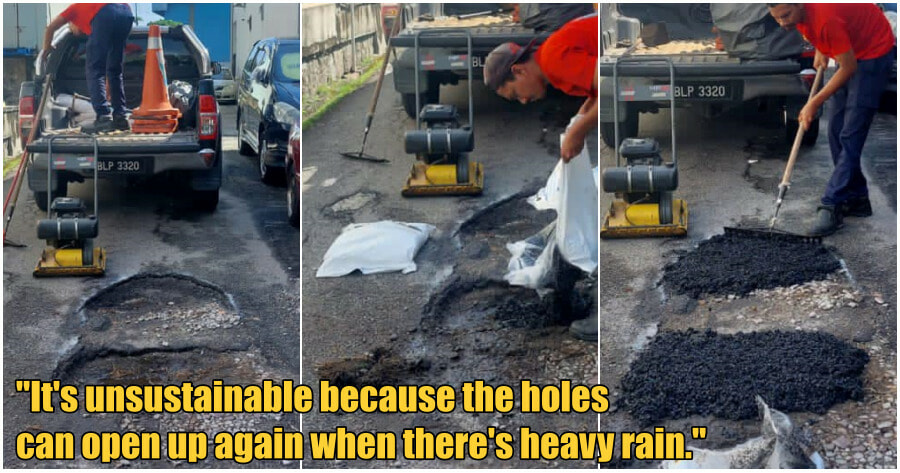 Poor road conditions are one of the most common causes of road accidents in Malaysia. Even small things such as faint road lines or unusual-looking repair works are dangerous because they may throw motorists off guard.

This causes confusion and panic in motorists which leads to accidents. Hence, it is crucial that reparation works on roads are done quickly and properly.

Recently, a Malaysian, @SyedAkramin, has shared a post by the Kajang City Council showing workers filling in some potholes in a road in Taman Bukit Belimbing, Cheras.

The tweet attracted a lot of attention from Malaysians who questioned the council’s reparation methods because it appeared that it was done quite carelessly.

“I’m a resident of Kajang and I can confirm this. It’s like pasting cloth“, said one netizen. They also highlighted how the entire road is already damaged but the council is only patching the potholes instead of repaving the uneven and holey road.

This method of just patching the potholes is unsustainable because the holes can open up again when there’s heavy rain, opined another.

This sentiment was echoed by another netizen who shared that there’re 2 ways to fix potholes – the 1st uses cold mix asphalt and is what’s shown in the photos and the 2nd uses hot mix asphalt.

In the Twitter thread, the Kajang City Council has responded saying that the pothole repair works done in Taman Bukit Belimbing, Cheras are just temporary as they used cold mix asphalt. 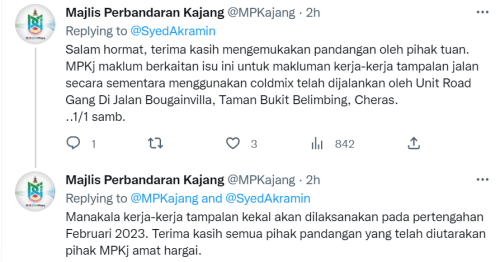 “Permanent patching works will be implemented in mid-February 2023.”

Bangi MP Syahredzan Johan also stated that he received a lot of similar feedback and will look into the matter later.

Have you encountered many of these potholes? 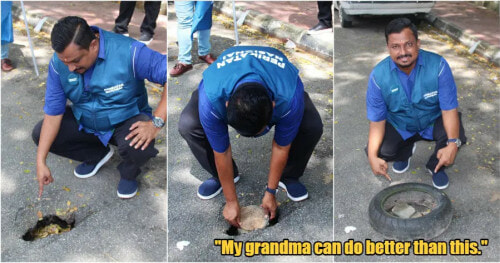