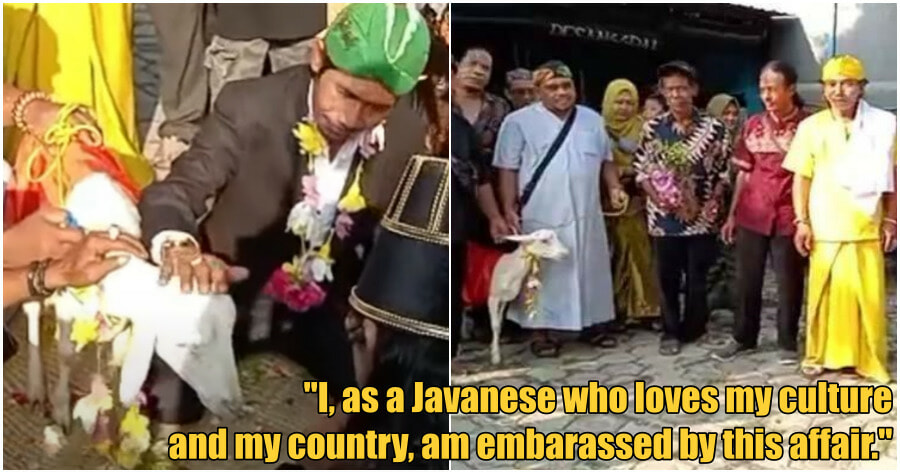 In a video that has been widely circulated on the Internet and reposted by SURYAtv on their YouTube channel, a group of local residents can be seen decked out in traditional Javanese costumes as they attended the wedding ceremony.

The goat was also fitted with a shawl and accessories fit for a bride. 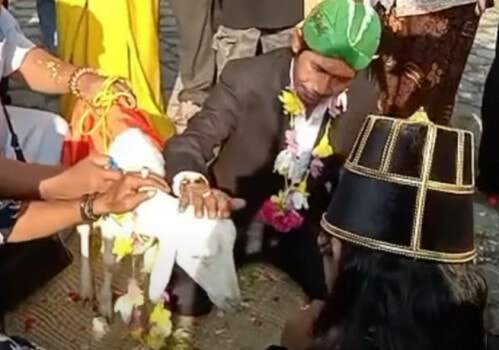 Guests at the ceremony witnessed the matrimony of Saiful Arif, 44 and the goat, which was named Sri Rahayu bin Bejo.

In the same video, Saiful can also be heard reciting the akad nikah that states that the dowry was only 22,000 rupiah (RM6.69).

Funnily enough, the wedding ceremony seemed to have taken place at a local politician’s residence. 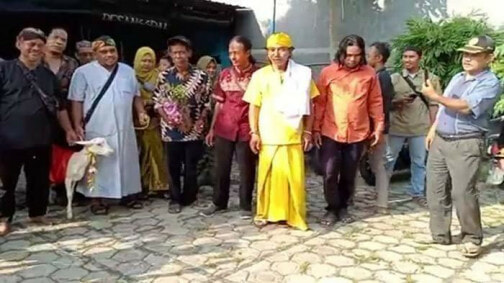 It was just a joke

According to BuzzKini, the video that unexpectedly caused an outcry among netizens eventually compelled Saiful Arif to come forward with the truth as well as apologise for his actions.

Saiful admitted that the video was only an act and was produced merely for content purposes. He wanted the controversial action to go viral. 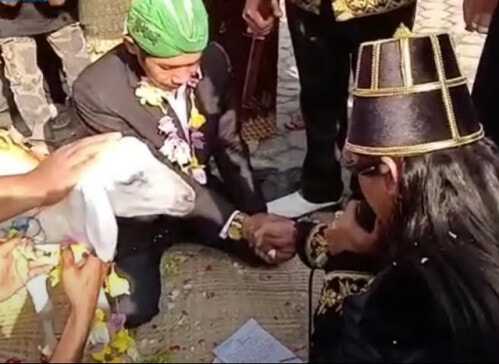 This was done to merely increase the number of likes and to gain more views.

Additionally, Saiful stated that he did not intend to offend anyone with the creation of the video and that it was meant only for the audience’s entertainment.

Netizens in the comments section of the duplicates of the video on YouTube mostly expressed their disapproval of the wedding.

Some talked about how ‘content purposes’ is not a good enough reason to do something so disgusting.

“Even if it’s just content, don’t do it this way… is there really no other way… astagfirullah,” said a netizen.

“Distasteful content, makes money but creates problem for the public.”

Some netizens also felt that the residents witnessing the marriage are equally wrong for enabling Saiful.

“Don’t just blame the ones getting married. I think the village chief and surrounding people supporting the wedding are crazy,” commented a user.

“Not only did they not forbid it, but they encouraged it.”

Is viral content really worth doing such unpleasant deeds? Let us know in the comments!

Also read: Teenager Dies After Jumping in Front of a Fast-Moving Truck For a TikTok Challenge