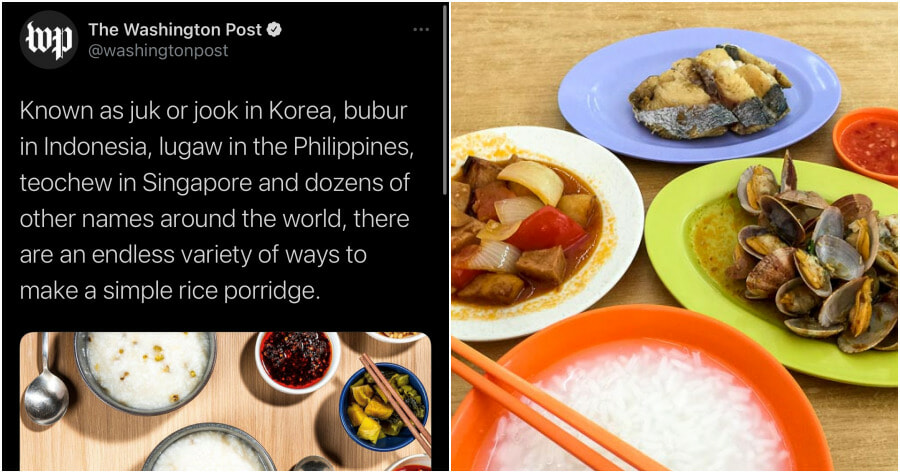 Yesterday, a Washington Post article that has now been edited was slammed by Malaysians and Singaporeans for mistakenly calling porridge ‘Teochew’.

What started off as a straightforward recipe article talking about the simple dish, quickly took a turn for the worse when netizens discovered the mistake.

The article on rice porridge, drew inspiration from how there were so many recipes that used rice in Betty Liu’s new cookbook, “My Shanghai: Recipes and Stories From a City on the Water.” 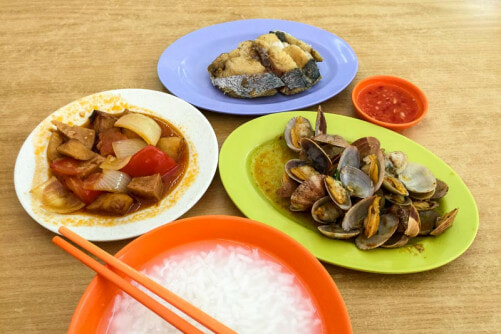 It talks about the various ways one can cook porridge, the heartwarming memories Liu associated with porridge and the different names the dish goes by in different countries.

This was where the author made a mistake. The author missed out on the word ‘porridge’, essentially saying that the dish is called “Teochew” in Singapore. 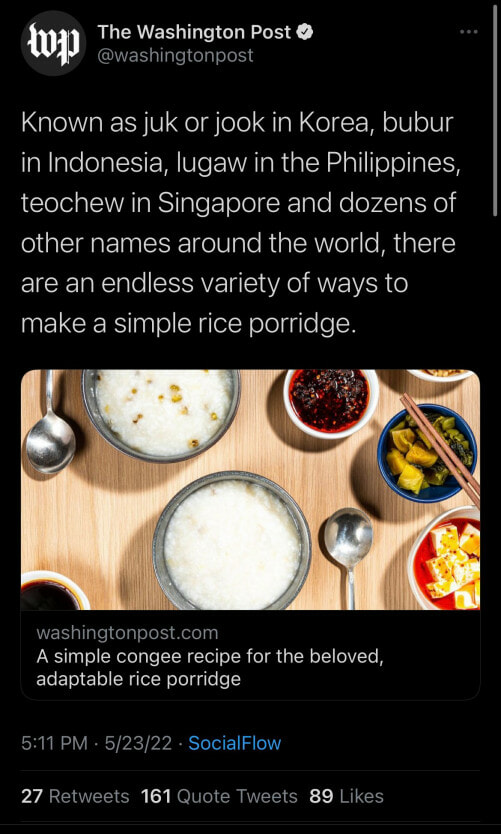 In one Twitter thread, a user explained that ‘Teochew’ is a dialect group and that ‘Teochew porridge’ is a form of dining where the porridge comes with different types of dishes.

Similar to rice, the porridge is then eaten with these dishes.

He added that porridge can also be called ‘Zhok’ or ‘Zhou’ in Singapore. 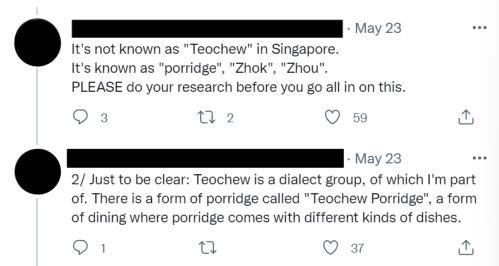 As always, a couple of witty Twitter users took the opportunity to make some rather sarcastic jokes about the blunder.

“I didn’t know they cooked Teochew people into porridge in Singapore,” said one user.

Meanwhile, some users are roasting Americans and the West in general for their ignorance and continuously offending Asians, even bringing up the recent issue where Henry Golding was supposedly “white-passing”.

As of time of writing, the Washington Post article is still up on its website but their tweet which contained the excerpt with the mistake has since been deleted.

One offended Twitter user pointed this out, saying that there is “nary an apology to the Teochew people”.

What do you think of the mistake? Was it an editing problem or a lack of research? Let us know in the comments! 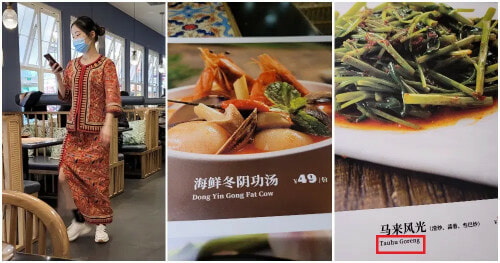