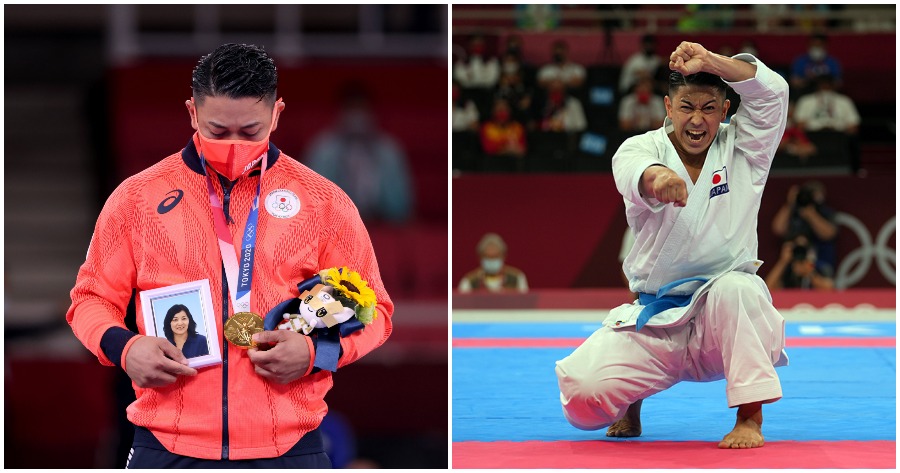 The Olympics isn’t just about winning, it is also about remembering every step taken towards achieving the gold medal. Japanese karate athlete, Ryo Kiyuna paid a moving tribute on the podium of the 2020 Tokyo Olympics after winning the gold medal in men’s kata.

Okinawa native Kiyuna, celebrated his win by bringing a photo of his mother to the podium to collect his medal. 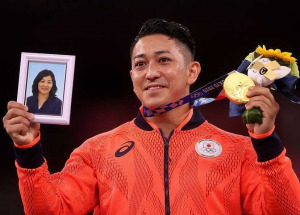 “After the win, I wanted to tell my late mother that I kept a promise of getting the win at the Olympics.”

Ryo Kiyuna grabbed the first gold medal for this newly added sport in the 2020 Tokyo Games after beating Damian Quintero of Spain.

Kiyuna who has won three World Championships also added that “I had so many difficulties and I couldn’t have overcome them by myself and I appreciate everything.” 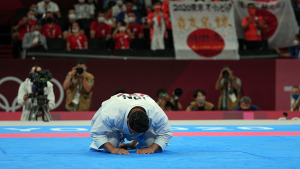 Kiyuna said, “My mother really dreamed of seeing the gold medal I won.”

Unfortunately, she passed away two years ago. To honour his late mother’s dream, he brought along a photo of her to the podium and said, “I wanted to climb to the highest part of the podium with her,” reported BBC News.

He touchingly said he has kept to his promise. “I think she was smiling and crying in heaven.”

A mother’s love will always be the same no matter where she is!

Read Also: “Believe in yourself” Man Holds Sign Outside Olympic Village Every Day To Encourage Athletes 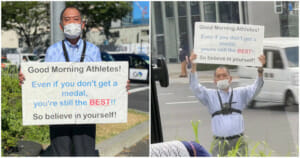