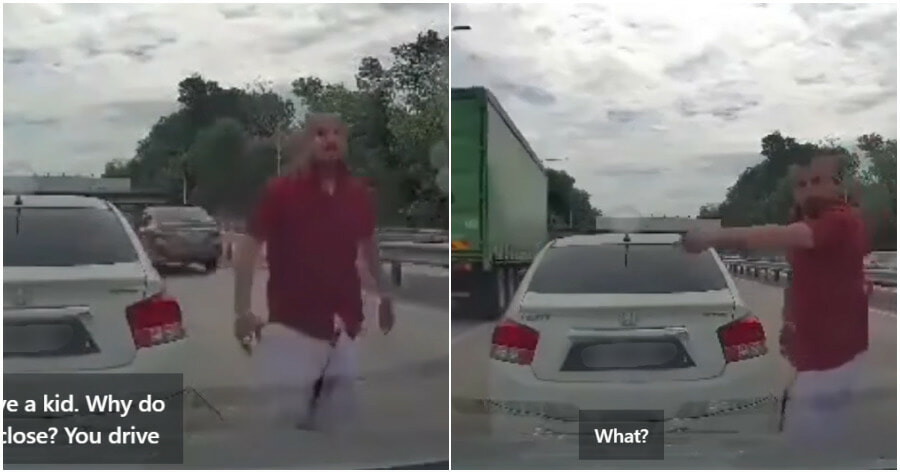 Traffic congestion is a major issue in Malaysia, causing us to spend most of our time on the road.

Hence, it makes sense that incidents are more prone to occur on roads, highways and junctions.

Recently, a man let his anger get the best of him, resulting in him acting like a thug and threatening a married couple on the NKVE highway.

The 2.50pm incident on August 21, 2022, was caught on the dashcam of the victims’ car and the two footage went viral on Twitter. 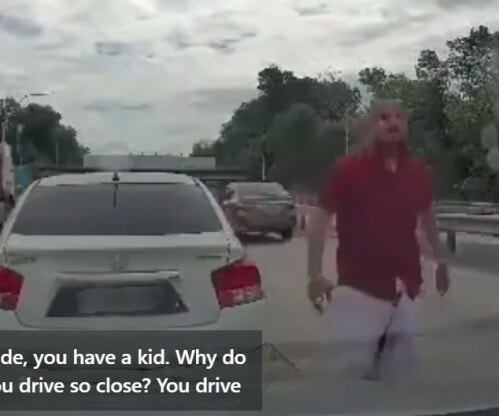 According to Shah Alam District Police Chief ACP Mohd Iqbal Bin Ibrahim, a police report had been made by the victims at 4.20pm the same day.

The couple was driving from Taman Melawati to Shah Alam when the suspect, who drove a white Honda, became unhappy about them switching lanes.

Consequently, the suspect stopped his car in front of the couple while both parties were in the middle of the highway.

He got out of his car and scolded the couple, which led to a shouting match between both parties.

Then, he started provoking the couple, asking them to get down from their car to fight. 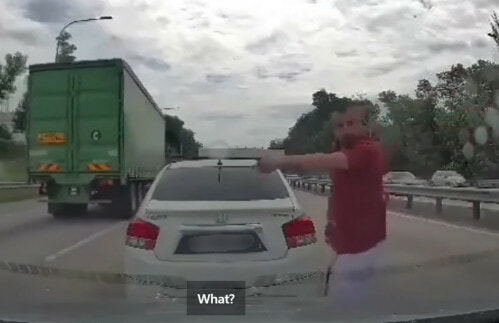 According to their conversation, it seems that the suspect also intentionally drove close to the back of the victim’s car before stopping in front of them.

In the second footage, the suspect threw an unidentified object at the victims’ car.

“The case is being investigated under Section 279 of the Penal Code. No physical fights was recorded,” the statement said.

The world would be a much better place if everyone practised a bit more patience.

Also read: M’sian Lorry Driver Who Was Caught Red-Handed Being A Road Bully Arrested By Police 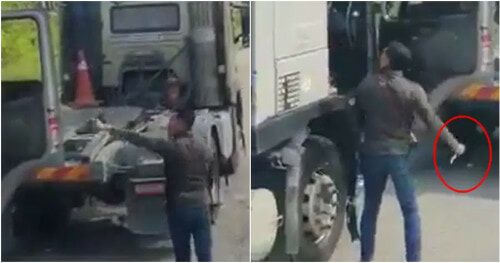