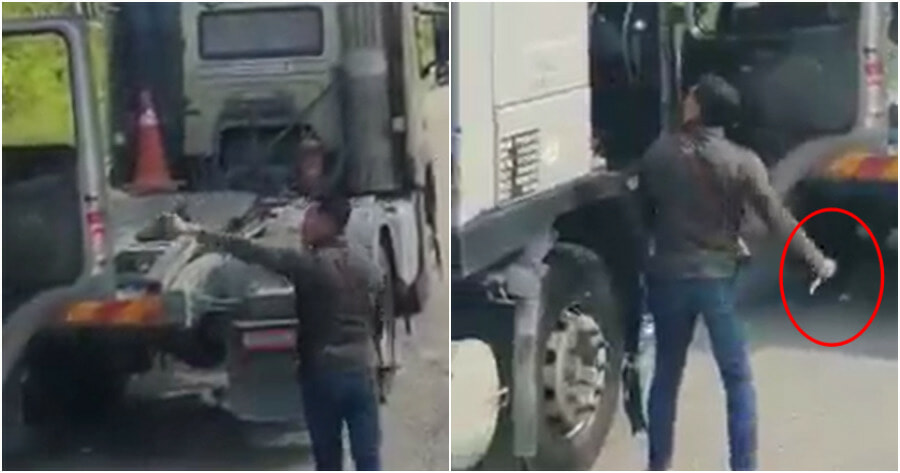 Sometimes, people do bad things and get away with them. Fortunately, that is not always the case, as proven by this man who was caught red-handed bullying other road users.

Recently, a lorry driver believed to be a road bully was arrested after he was caught on video threatening another lorry driver with a knife. 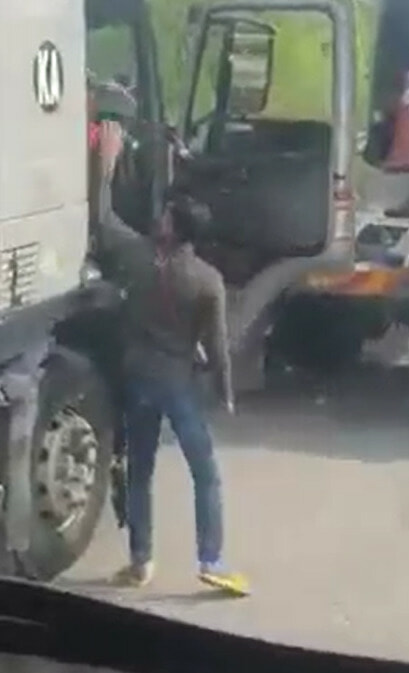 The suspect in his 40s was arrested around 12.25 midnight last night.

North Klang District Police Chief, Assistant Commissioner S. Vijaya Rao said the arrest was made following a police report by a lorry driver in his 30s at about 5.15pm yesterday.

Stopped by the bully

“The suspect is said to have got off the truck with a knife and proceeded to threaten the victim.”

The suspect allegedly said, “You don’t know who I am yet. Wait till I come to find you.” 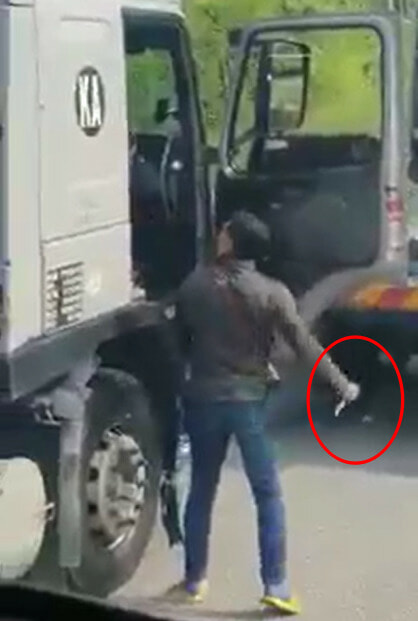 In a statement released today, he said that the reason for the incident was more akin to a road bully.

He added that a record check found that the suspect had a previous record related to motorcycle theft, but a urine test found the suspect negative for drugs.

Vijaya asserted that his party had obtained a three-day remand against the suspect, and the case is now being investigated under Section 506 of the Penal Code for criminal intimidation.

Earlier, a 31-second video of the incident recorded by other road users had gone viral on WhatsApp. It shows the action of a man pointing a weapon believed to be a knife at a truck driver.

Some people can be so mean! We hope the victim is not hurt in any way.